White House Celebrates Hispanic Heritage Month
On Friday, President Donald J. Trump hosted an event to commemorate Hispanic Heritage Month and Hispanic American leaders at the White House. More than 200 Hispanic business, community, and faith leaders from across the country gathered at the White House to hear remarks from President Trump, Secretary Alex Acosta of the Department of Labor, and Treasurer Jovita Carranza from the Department of Treasury.

President Trump discussed the histories, cultures, and many contributions of Hispanic-Americans to our Nation. “Our amazing Hispanic American communities embody our great American values of faith, and family, and security, and hard work, and freedom,” the President said. He also highlighted the contributions of more than a quarter of a million Hispanic Americans serving in the military, “We are all Americans and bound together by this country and this flag,” said the President. “Each of you represents a vital part of the fabric of this Nation.”

We Will Get Through This Together
Vice President Mike Pence traveled to Puerto Rico and the U.S. Virgin Islands on Friday to survey storm damage and meet with members of the community affected by Hurricane Maria. The Vice President visited a local church-turned-relief center, reminding those gathered that they will have the support of the federal government throughout the recovery process. “We will get through this and we will get through this together for everyone,” he said.

Read the Vice President’s remarks, see more from the visit, and read about the Second Lady’s art therapy outreach to Puerto Rican children.

Hurricane Relief and Recovery
Over the weekend, President Trump signed emergency declarations for Mississippi, Alabama, Florida, and Louisiana and ordered Federal assistance to supplement hurricane relief and response efforts in the wake of Hurricane Nate. These declarations will help expedite recovery measures such as debris removal.

For more information, and to apply for assistance if you have been impacted by the storm, visit FEMA’s website.

This morning, the President received his daily intelligence briefing, followed by a meeting with Dr. Henry Kissinger. In the afternoon, the President had lunch with Secretary of State Rex Tillerson and Secretary of Defense James Mattis. Later, the President welcomed the Stanley Cup Champions: The Pittsburgh Penguins to the White House.

Vice President Pence and Second Lady Karen Pence are in California where they will participate in a briefing on Mojave Air and Space Port and then tour the Virgin Orbit/Virgin Galactic/The Spaceship Company hangar. After that, they will tour the Stratolaunch Systems carrier plane, and then depart for Washington, D.C. 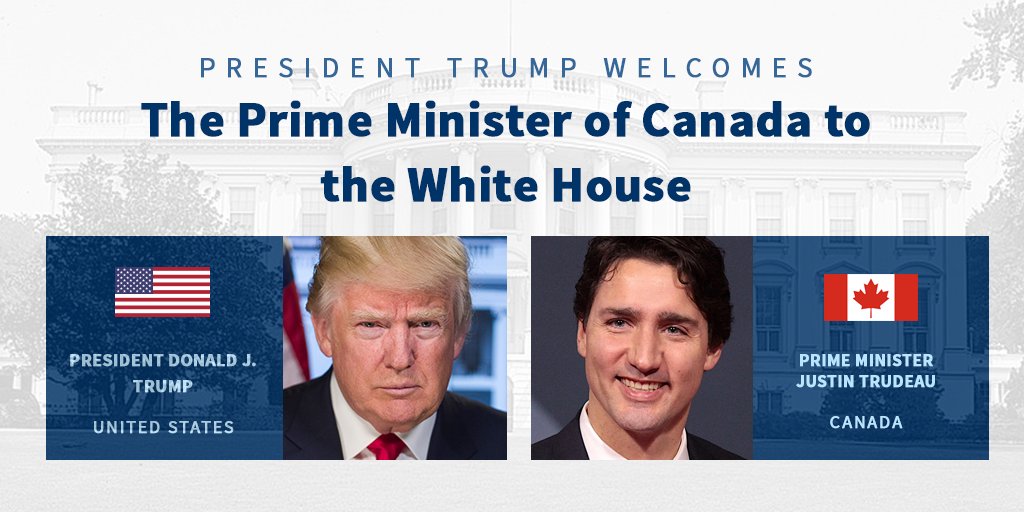 Tomorrow, the President and First Lady will welcome the Prime Minister of Canada Justin Trudeau and Mrs. Gregoire Trudeau to the White House.