Good morning, Q-MHI readers! You’ve read the year-in-review pieces that proliferate around the internet in late December. You know this year was filled with unprecedented shifts and shocks around the […]

You’ve read the year-in-review pieces that proliferate around the internet in late December. You know this year was filled with unprecedented shifts and shocks around the world—from Trump to Macron, from events in Pyongyang to the tragedy of the Rohingya, from the solar eclipse to #MeToo, from NFL protests to the Charlottesville riots, and the Puerto Rico tragedy. Meanwhile, the crises of 2016—war in Syria, millions of all but forgotten refugees in Yemen and South Sudan, random small-scale terror attacks from ISIL-infected young men—have hardly receded from view.

The world has seen a lot of terrible years, as Slate explained, back when everyone thought 2016 was the worst year in history. (Remember that?) The start of two world wars, economic crashes, hunger panics, empires and nations collapsed, scandals overtaking society, not to mention the usual famine, strife, disease and death—none of it’s new. 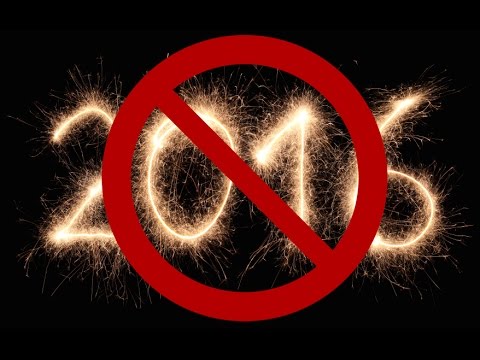 And we’re still here. Humans, and humanity, aren’t gone from the planet yet. And our greatest works of art, literature and culture were created in the margins over these same millennia.

Realize that we live in an era where news rockets around the globe in seconds, and bad news in particular comes with social media booster rockets. Yes, there are big, scary things, like the prospect of accidental nuclear war, that could wipe us out. But it’s no one’s moral obligation to martyr their emotional well-being in order to be plugged into the minute-by-minute developments of the goings-on of nearly 8 billion people. We can’t have empathy for the plight of our neighbors if we don’t first have empathy for ourselves.

As a Q-MHI reader, you know that among our core beliefs is that a more connected world can bring progress and benefit for all (and that it should be reported on with fairness and accuracy). But we also write a fair amount on how we need to take care of ourselves—our relationships, our families, our careers, and our mental and physical well-being. This is doubly true for those of our readers who work to try to change the world for the better. You’re no good to anyone if you’re an emotional wreck. As my colleagues in the news media know, it’s been a tough year to feel good about the topics we’re covering every day, even if we feel more determined than ever to cover them with accuracy and insightful analysis.

We hope you can take a few days around the New Year to rest, recharge, calibrate, and re-energize yourself for the months ahead, and whatever they may bring us. There’s a community of people who depend on each of us—and whom we depend on in turn—to enjoy good times with, and to support each other through the difficult ones. By taking care of ourselves, we’ll be better equipped, in 2018, to take care of each other. And that can make all the difference in the world.— (Paul Smalera Q-MHI).

A nobel prize-winning economist thinks we’re looking at inequality all wrong. Inequality isn’t the cause of social and political patterns, but a symptom of processes—some good, some bad—that drive the global economy. What we should actually investigate is which types of inequality are fair, and which aren’t. Preeti Varathan takes a look at the policies and choices that drive America’s inequality, and how the America’s unfairness grew out its dysfunctional economy.What’s unfair :

Healthcare financing. Each year, the US wastes a trillion dollars ($8,000 per family) more than other wealthy nations on healthcare costs, with worse outcomes. Mergers. Many industries, like tech, media, and healthcare, are now run by a few, large companies. But mergers rarely boost the wages of workers.The sluggish federal minimum wage. The federal minimum wage, at $7.25 an hour, hasn’t budged since 2009.Diminishing worker power. Twenty percent of workers sign non-compete clauses, which prevent them from taking on side-hustles, reducing their incomes and bargaining power.The rise of temps. Companies are increasingly replacing full-time, salaried workers with contractors.The growth of the stock market. While the stock market rewards innovation, it also incentivizes companies to shuffle resources from labor to capital.Corporate wins in politics. “We have entered a period of regulatory bonfires,” writes Deaton.(Deaton takes heart from these problems).

We did a semi-terrifying but worthwhile workplace experiment.CEOs, entrepreneurs, and executive coaches have recommended writing personal user manuals—guides to your work style, communication preferences, and values—as a shortcut to finding team harmony. Our Q-MHI at Work team tried it. Some of its members found the exercise of explaining their communication styles, weaknesses, and values to one another deeply uncomfortable. Others wished everyone had shared more. Everyone came away with a new understanding of themselves and their teammates. Read our summary of the experiment here.

The “chemical imbalance” explanation for depression is a myth. Thirty years ago Prozac was approved to treat depression, ushering in the modern era of antidepressants. Yet we still don’t know how Prozac, or other drugs designed to adjust brain chemicals, produce changes in mood and behavior. That might not be a problem if we were certain these drugs actually worked to alleviate depression. But we don’t. Olivia Goldhill unravels how the public came to believe in the false narrative of “chemical imbalance,” and explains how it holds back efforts to treat depression, a growing global public health epidemic.

What the memes distracting China in 2017 mean. Even as the country steps into a more central role on the world stage, Echo Huang and Zheping Huang write, its citizens are expressing widespread anxiety online, with a thermos, yes a thermos, as one of the unlikely vessels for some of those fears.

The 24 best Q-MHI Ideas stories of 2017. Ideas articles are usually (but not always) written by outside contributors, and they tend to take a deep dive into an aspect of our world—or a new way of thinking about it—that gives readers a deeper understanding, beyond whatever story or angle is dominating the day’s headlines. Juicero. Nazi punching. Conscious consumerism. Leggings. It’s all here, and it’s all fantastic, if we do say so ourselves.

The best books Quartz read in 2017. Whether you’re in the mood for a dystopian page-turner or literary nonfiction about the lives of trees and the people who love them, you’re sure to find a solid recommendation in Quartz’s year-end list. And don’t miss the reading recommendations from Quartz India, which include books about headhunting tribes, literary modernism, and the histories of 100 quintessentially Indian objects.a few suggestions from our staff:

Pukka Indian by Jahnvi Lakhóta Nandan,City of Djinns A Year in Delhi by William Dalrymple,Political Violence in Ancient India by Upinder Singh,How to Talk So Kids Will Listen & Listen So Kids Will Talk by Adele Faber and Elaine Mazlish,The Sirens of Titan by Kurt Vonnegut Jr,A Fine Balance by Rohinton Mistry,Arun Kolatkar and Literary Modernism in India by Laetitia Zecchini,Army and the Nation by Steve I Wilkinson,Good Night Stories for Rebel Girls: 100 Tales of Extraordinary Women by Elena Favilli and Francesca Cavallo,The Konyaks Last of the Tattooed Headhunters by Phejin Konyak,Incarnations by Sunil Khilnani. 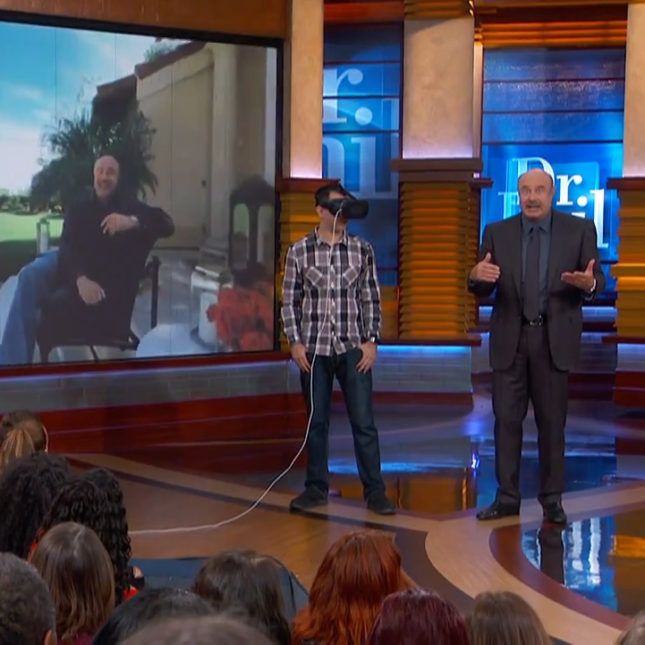 Don’t believe everything you see on TV. On the Dr. Phil Show, an American television institution, psychologist Phil McGraw has been providing life advice to guests for over 15 years. A two-part investigation by Stat and the Boston Globe found there may be something rotten with the show’s addiction segments. Guests allege that not only were they barred from bringing their doctors or nurses to the show’s taping, once there, show employees would facilitate their purchase of drugs and alcohol, in some cases even driving them to skid row to score. In the meanwhile, the show allegedly has a new pay-for-play policy: An addiction recovery program launched this year by McGraw and his son offer a spot on the show if you buy their self-help video products. 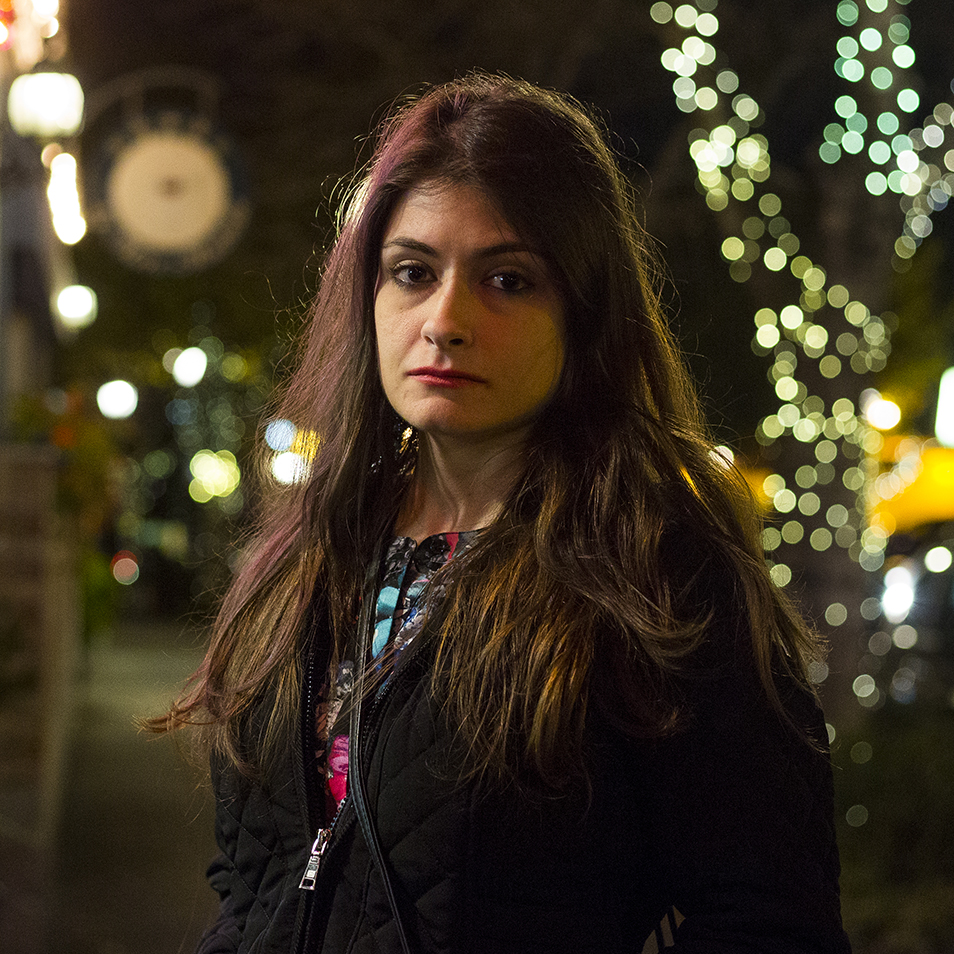 Sarah Katz was haunted by what she saw while reviewing as many as 8,000 posts a day for Facebook. 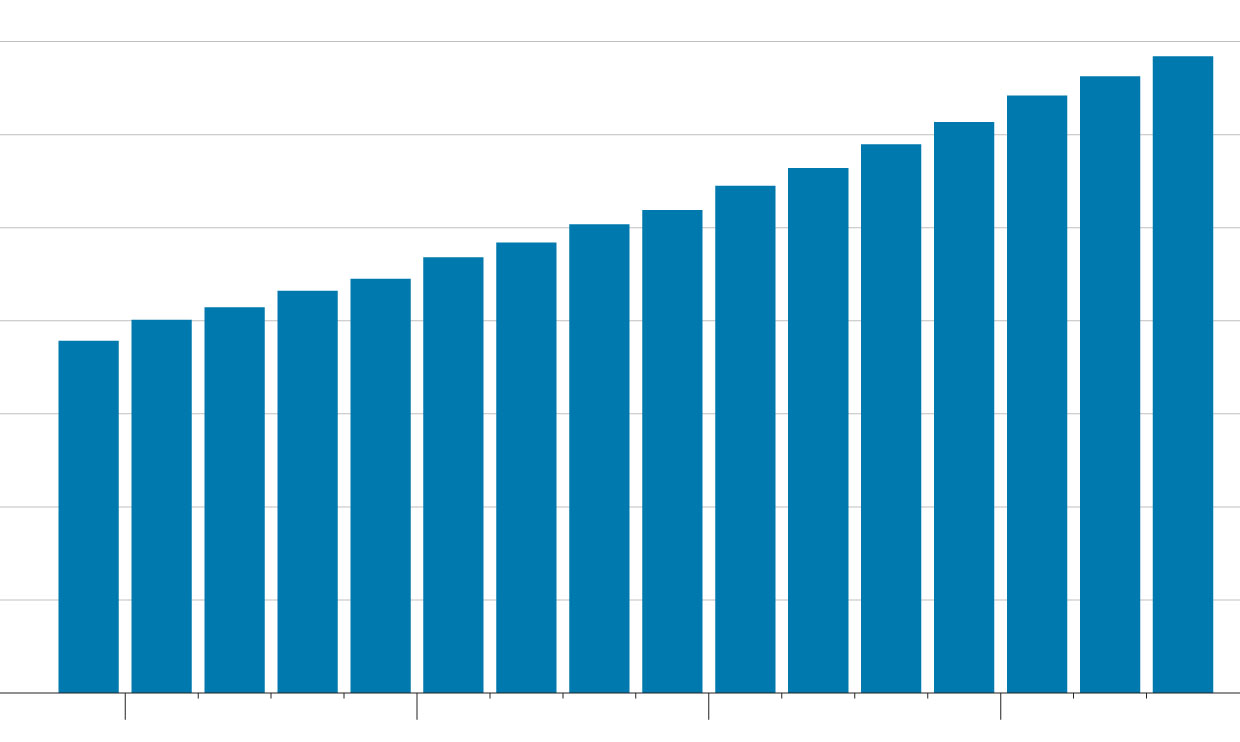 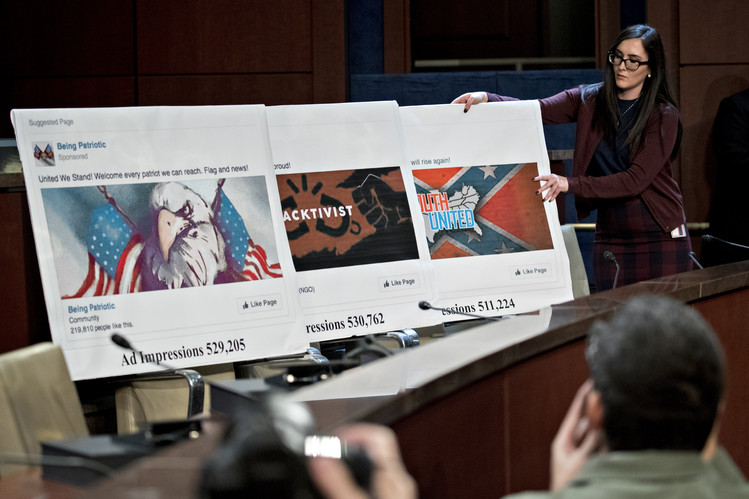 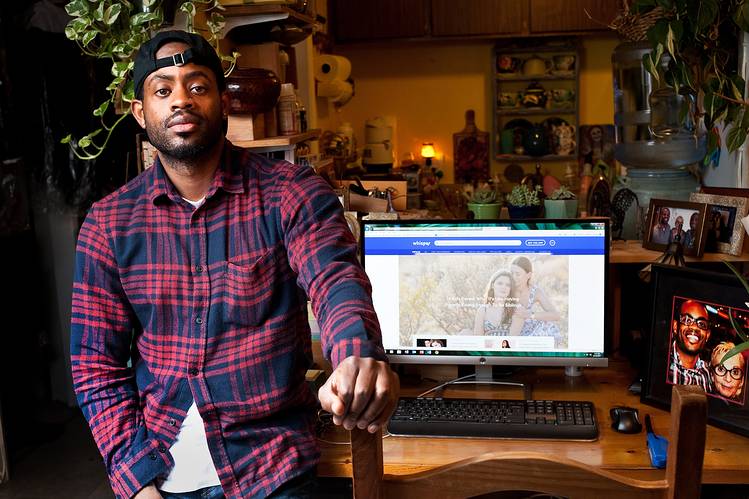 There are real people reviewing the disturbing things we flag on social media. At the end of a year when fake news, violence and extremism, and child-exploitation videos pervaded social networks, Lauren Weber, and Deepa Seetharaman at the Wall Street Journal (paywall) took an important look at the humans tasked with reviewing and removing this offensive material. The fast-growing tech job takes a serious emotional toll on those hired to do it. 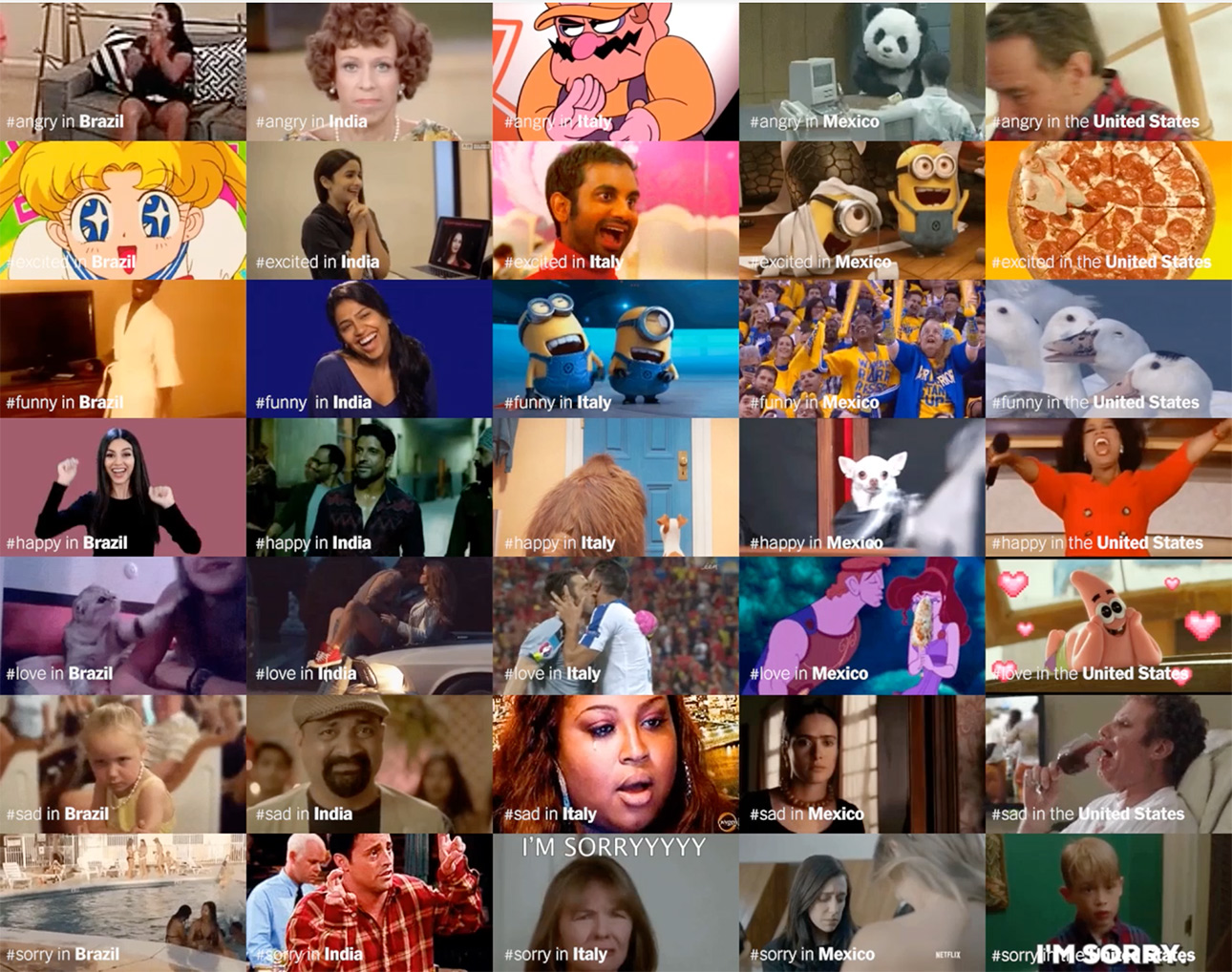 GIFs as global culture. GIFs are wordless, so they readily travel around the globe. Amanda Hess and Quoctrung Bui, writing for the New York Times, analyzed GIF trends worldwide to see how different cultures represent anger, sadness, love, and other emotions. Mexicans express anger using, of all things, an Egyptian commercial that “features a panda wreaking havoc on an office.” In Italy, anger is Wario, a Japanese video game character, clapping sarcastically. This list is long and insightful. 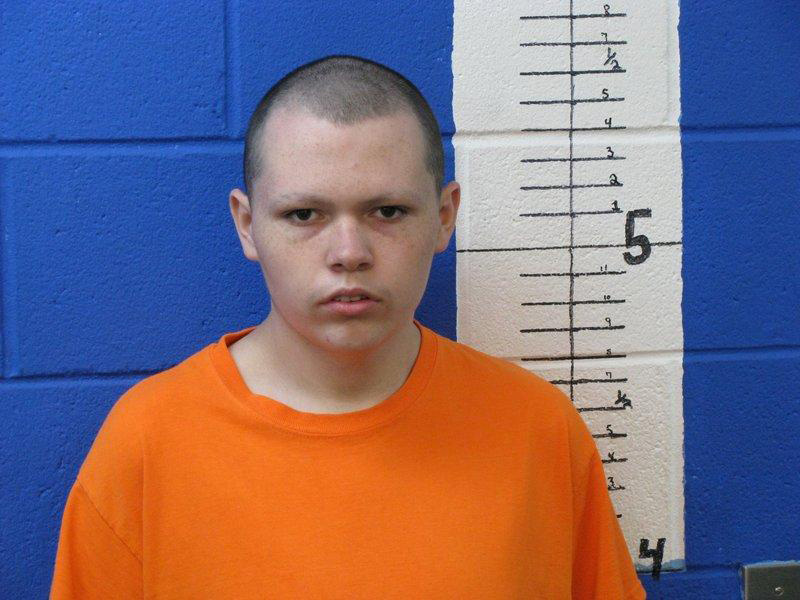 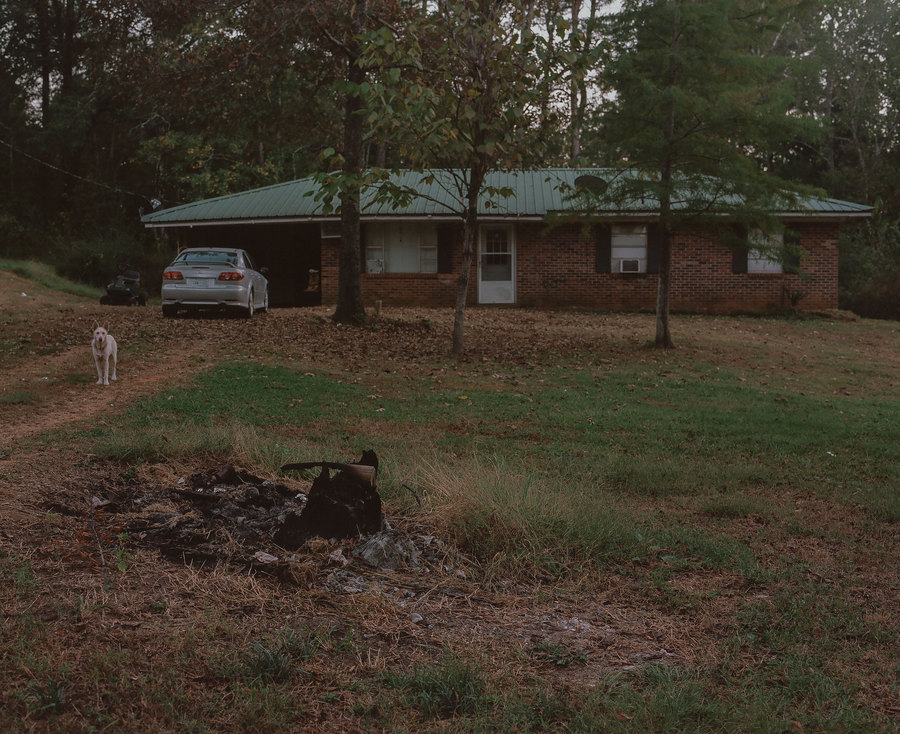 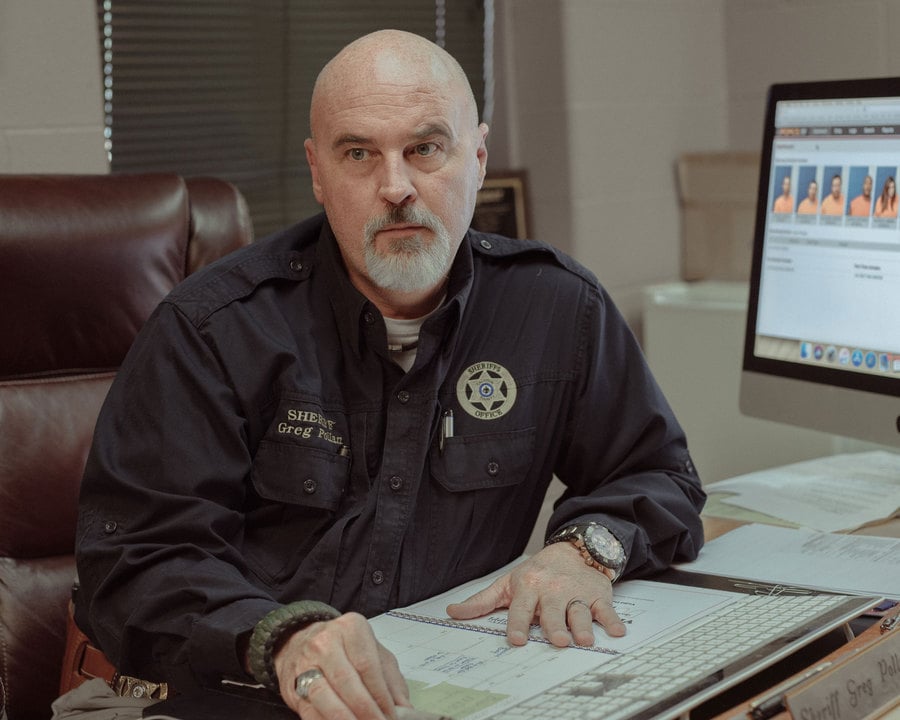 It took three and a half years for a Mississippi boy to get mental health care. Tyler Haire was locked up for attacking his girlfriend’s father with a knife, a crime he called into 911 himself, and one he didn’t remember committing. A Mississippi judge ordered that he undergo a mental exam. Instead he rotted in a prison. And remarkably, according to Sarah Smith at ProPublica, what happened next was even worse.

Why birds rule. They thrive all over the planet, in places where little else can live. They are more like us than we may realize, as homemakers, vacationers, and puzzlers. Yet they are magnificent in ways we can only dream. They can fly, Jonathan Franzen explains in National Geographic, and that makes all the difference.