Happy New Year, Q-MHI Africa readers! THE YEAR THAT WAS We’re all still catching up with analyzing and assessing what kind of year 2017 was for us as individuals and […]

THE YEAR THAT WAS

We’re all still catching up with analyzing and assessing what kind of year 2017 was for us as individuals and as a collective. These photos capture Africa’s 2017:

As a cash crisis loomed in Zimbabwe

Sports continue to hold a central spot in African societies

Emmanuel Macron, who has amped his engagement with Africa since he was elected

Both Kenya and Rwanda held elections in August

Somali children assist other civilians and security forces in their Saturday’s blast, in Mogadishu, Somalia, Sunday.

A never-before-seen image on Zimbabwean television

For Africa it was another fascinating year of stories of major progress, some setbacks, hope and new beginnings. A few of our year-end reviews have caught up with the books we read, the photos that captured the year’s stories and the impact of digital platforms(and access to such platforms) on everything from elections to policy-making.

For Q-MHI Africa, it’s been another great year with highlights including our World Economic Forum panel of Africa Innovators in Durban in May and our African startup session on the fringes of UN General Assembly at our New York offices in September. Our stories of the year are below.

As a team, we’ve been heartened by the many regular and kind notes of support, suggestions and encouragement from readers and partners for our work. Your feedback has been invaluable via email, Twitter and Facebook. The Africa Weekly Brief was the fastest growing of Q-MHI many excellent newsletters in 2017. The team, Abdi Latif Dahir, Lily Kuo (Nairobi), Lynsey Chutel (Johannesburg) and Yomi Kazeem (Lagos), our many outstanding freelance contributers and myself are grateful and privileged to know you’re reading regularly. We aspire to do bigger, better and more ambitious things with our coverage in 2018.

STORIES FROM THIS YEAR

China in Africa, continued to be one of the most fascinating narratives to follow in 2017. We visited South Africa and spoke to local Chinese entrepreneurs who were talking about leaving as the local economy struggled. In DR Congo we met former textile artisans who said the impact of Chinese entrepreneurs’ arrival is linked to the collapse of a once booming local textile industry. In Kenya, the country’s largest infrastructure project in 50 years, the $3.2 billion Nairobi-Mombasa rail was opened with significant Chinese help. China’s enthusiastic support of African infrastructure development is not without its challenges even though it’s part of its broader One Belt One Road ambitions. Not every project goes well. A Chinese-built bridge in Kenya collapsed just two weeks after the president inspected it. A visit to South Sudan also showed how China’s role in the world’s youngest country is comprehensive but not delivering on the usual promise of “win win”.

For some observers, China’s increasing role in Africa is the flip side of the United States’ retreat. The Trump administration didn’t get off to a good start when a leaked internal White House questionnaire revealed a surprising amount of indifference and ignorance about African issues. We helped answer some of those questions. It never really got better from there with some African countries swept up in the “Muslim ban”, a threat to key aid programs and an unclear US-Africa policy. Trump’s early gaffes and speech style didn’t help—even when much of what he was saying was in broad consensuswith many Africa watchers.

Much like Donald Trump’s 2016 election shook things up in the US,several key elections in Africa shook things up for better or for worse. There was change early on in The Gambia as president Yahya Jammeh finally left office in January after 22 years, two months after elections that voted him out. There were no surprises as Rwanda re-elected president Paul Kagame, even as the 99% electoral mandate raised eyebrows. But there was change via the ballot box in Angola where João Lourenço became Angola’s third president, after the 38-year rule of José Eduardo dos Santos, who had voluntarily stepped down. Kenya’s August presidential election results were annulled by its Supreme Court after a challenge from the opposition. The repeat vote in October saw the reelection of president Uhuru Kenyatta, under a bit of a cloud after opposition candidate Raila Odinga refused to contest.

One of the biggest stories in world politics was the fall of Zimbabwe’s president Robert Mugabe after 37 years as the military stepped in to prevent the Grace Mugabe faction taking over the ruling party, Zanu PF. He was replaced by president Emmerson Mnangagwa.

South Africa‘s ruling party ANC spent much of 2017 dealing with the failings of president Jacob Zuma, in particular the widening fallout from the 2016 State Capture/Guptas corruption story which brought down a major British PR firm and embarrassed others. The ANC will be hoping for a new chapter with the election of Cyril Ramaphosa as party leader.

As well as corruption and political uncertainty, much of the angst in South Africa in 2017 was reserved for the struggling economy. But it started to recover from a technical recession in the second quarter as did Nigeria after a five-quarter long recession. Nigeria’s president Buhari, who spent 154 days abroad on medical leave, finally returned in August and tried to get his hit and miss anti-corruption campaign back on track. We also took a deep dive into how Africa’s richest man, Nigerian billionaire Aliko Dangote, has taken advantage of overly generous subsidies from his country’s government which have helped buffer and build his international empire.

Neither of Africa’s big two economies were expected to be strong performers in 2017. Q-MHI was in Abidjan to interview the vice president of Côte d’Ivoire, one of those expected strong performers. While the economy faces several economic and political challenges, the VP reiterated his government’s focus on attracting international investors to help solve an infrastructure deficit problem. One performer not on our list, was Ethiopia, which is facing seriouspolitical challenges but has so far continued to be one of the world’s fastest growing economies.

For 2018 there will be some concern about the chances of a debt crisis being triggered in some countries who have piled on too much debt. In our exclusive interview with IMF chief, Christine Lagarde, she warns this a very real possibility.

Like the rest of world, bitcoin was a real attraction for several African countries, but for a number of practical reasons and not just as a fanciful investment. In fact we saw its value soaring in Zimbabwe long before the rest of the world. Fintech in general continued to be one of the driving engines for pulling in investor dollars for African startups particularly in the leading hubs, Lagos, Nairobi and Cape Town.

African Innovation remained at the heart of so many of our stories in 2017. The stories touched on everything from digitizing agriculture, reinventing education, supporting and reimagining startups, changing healthcare and boosting e-commerce for local markets. We also showcased the work of leading African innovation thinkers including Strive Masiyiwa and the late Calestous Juma.

CHART OF THE YEAR

Migration and Africa’s population growth. Africa will be home to more than half of the world’s population growth in 30 years and global leaders like Nigeria’s former president Obasanjo warn Africa could pay a steep price. Population growth is a key part of the African migration story (another key feature is climate change). Until recently, the highest profile migration stories were of African migrants drowning while trying to cross the Mediterranean from North Africa to Europe. But those images got upended in 2017 by CNN video of African migrants being traded like “slaves” in Libyan markets. It sparked international outrage as well as claims of hypocrisy and complicity. In terms of the free movement of African people, more African governments are learning to make it easier for fellow Africans to visit. And some young African elite graduates see this time of tighter visa restrictions in advanced economies as an opportunity to return home and contribute.

The Zambian “Afronaut” who wanted to join the space race. Edward Mukuka Nkoloso was a Zambian secondary school teacher of Latin, science and math. But at the height of the Cold War, he launched the Zambian Space Program with a dozen aspiring teenage astronauts, and promised to beat the United States and Russia to the moon. As novelist Namwali Serpell asks in The New Yorker, was Nkoloso unfairly mocked? 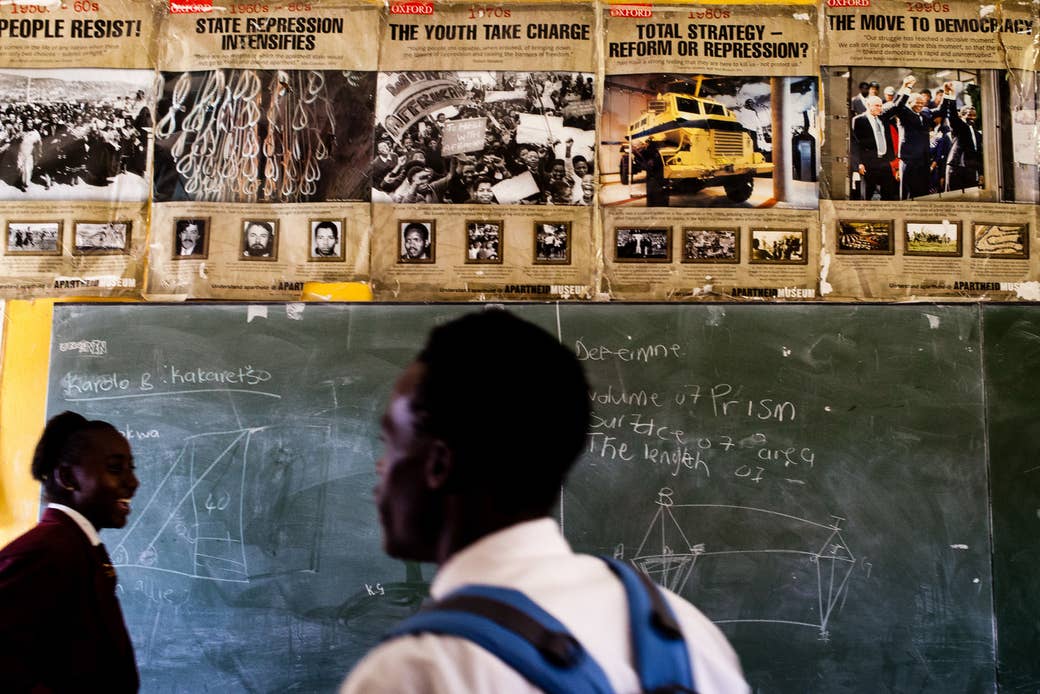 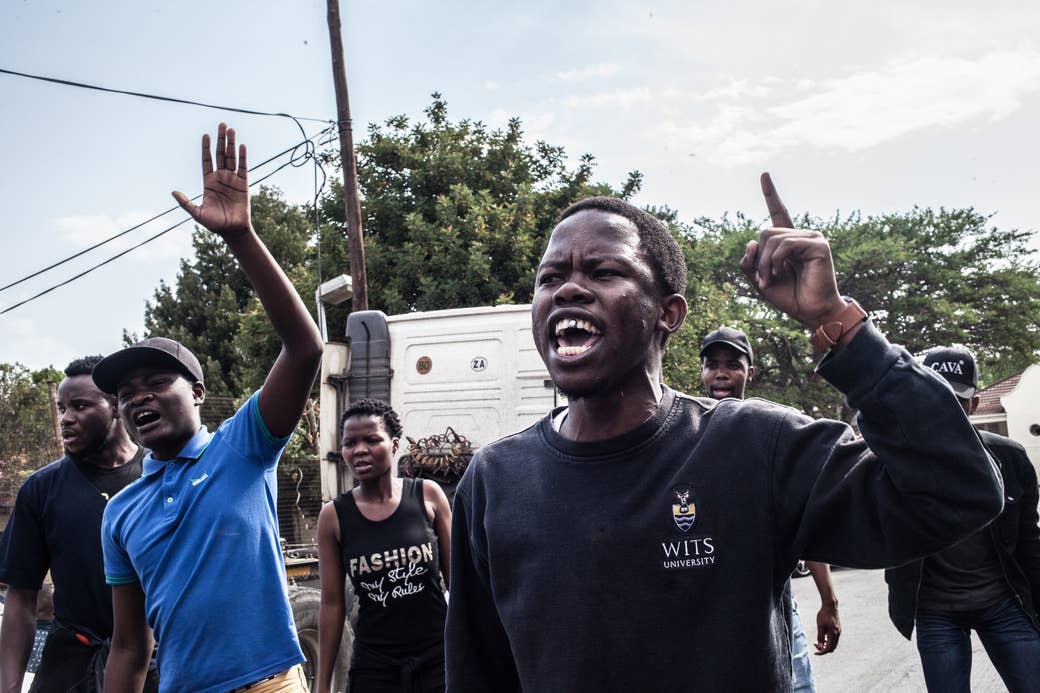 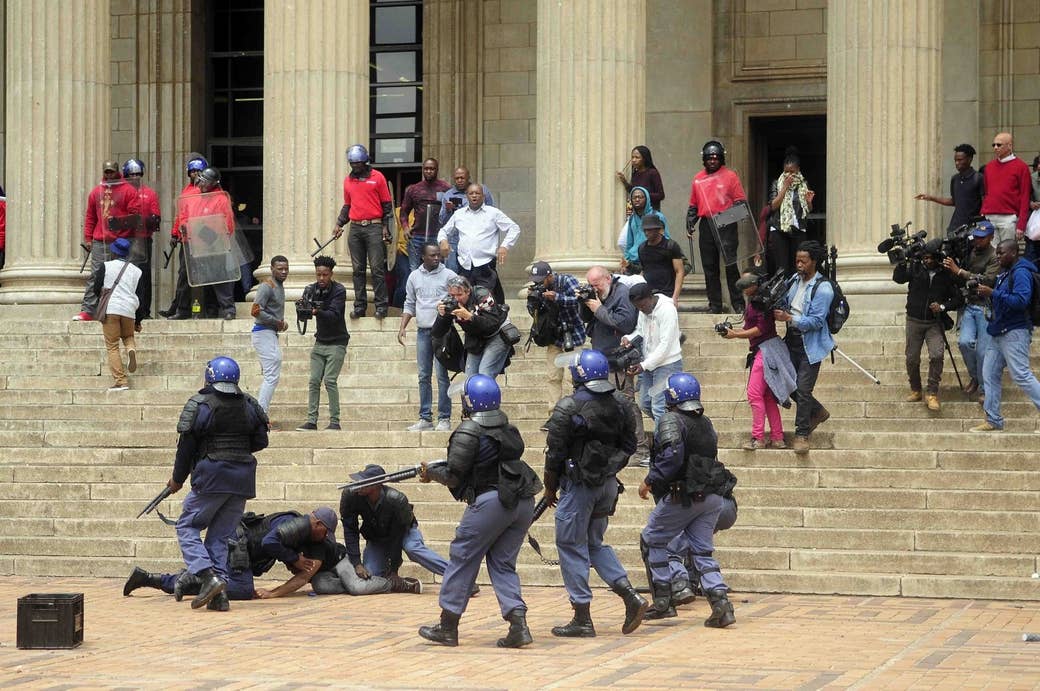 What does it mean to be poor, gifted and black in South Africa?In South Africa, students of color still struggle with the long-lasting effects of apartheid, because education, like society, still confers advantage on white people. More than two decades after the end of apartheid, Monica Mark of BuzzFeed went to meet students and teachers who had spent the past year protesting for the right to a free and fair education.

Fleeing Boko Haram, thousands cling on a road to nowhere.National Route 1 is a road in Niger than ends abruptly, connecting to nothing more but desert. But as Dionne Searcey and Adam Ferguson document in the New York Times, over 130,000 refugees chased by the terrorist group Boko Haram have come to the road in search of food, water and a safe place to stay. 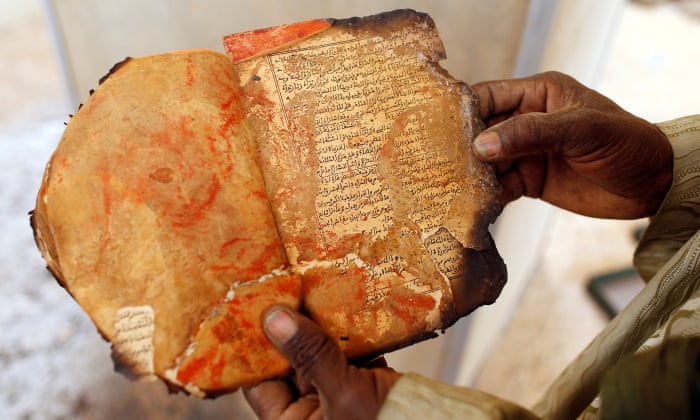 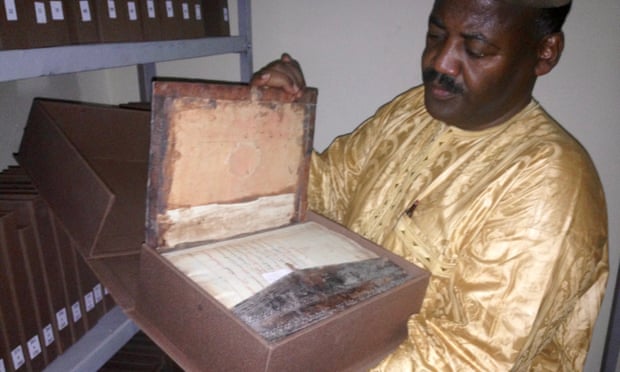 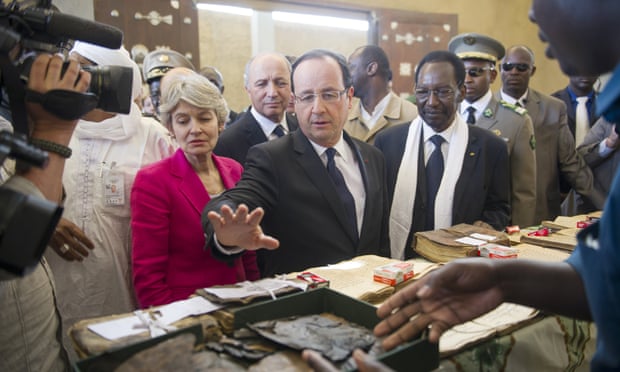 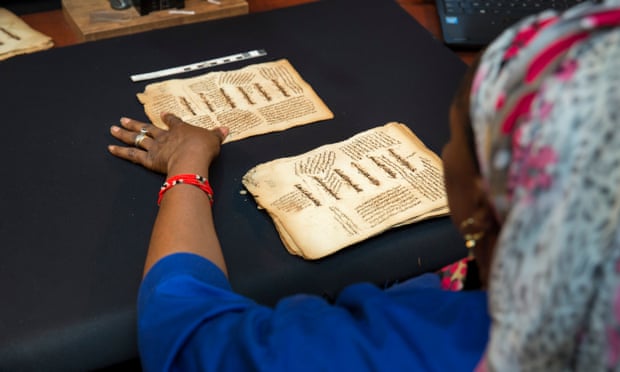 The amazing story of the book smugglers of Timbuktu. In March 2012, a military coup in Mali gave jihadists from the al-Qaeda in the Islamic Maghreb the opportunity to slip in and take a hold of the historic city of Timbuktu. In this Guardian excerpt from his book, Charlie English writes about the librarians who saved the manuscripts from the golden age of Timbuktu in the 15th and 16th centuries.

Bidding the CFA Franc monetary system adieu. In 1945, General Charles de Gaulle created the CFA franc currency to integrate the African states under French colonial rule—which is still used by Francophone countries till today. On the Africa at LSE blog, Ndongo Samba Sylla argues that the currency is a “colonial relic” and “an anachronism demanding orderly and methodical elimination.” 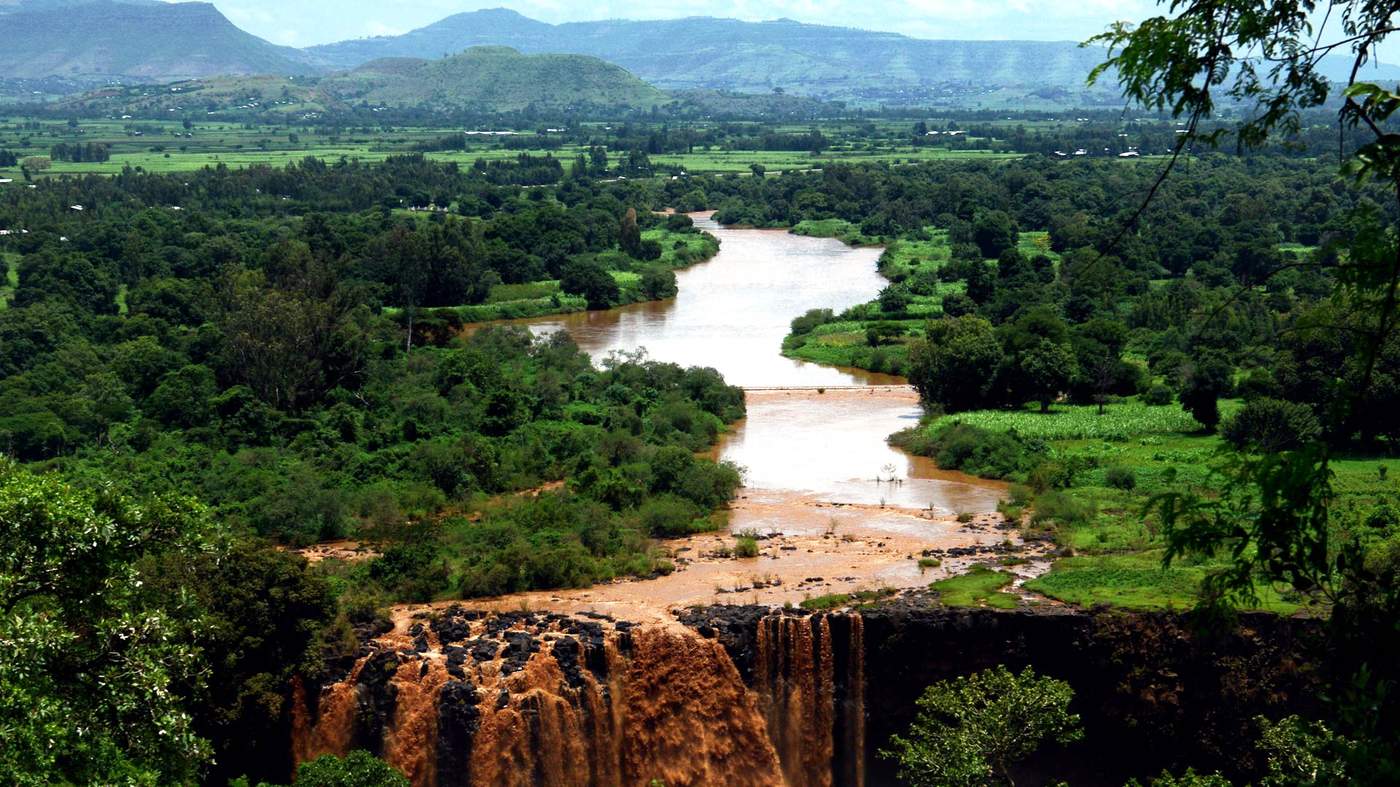 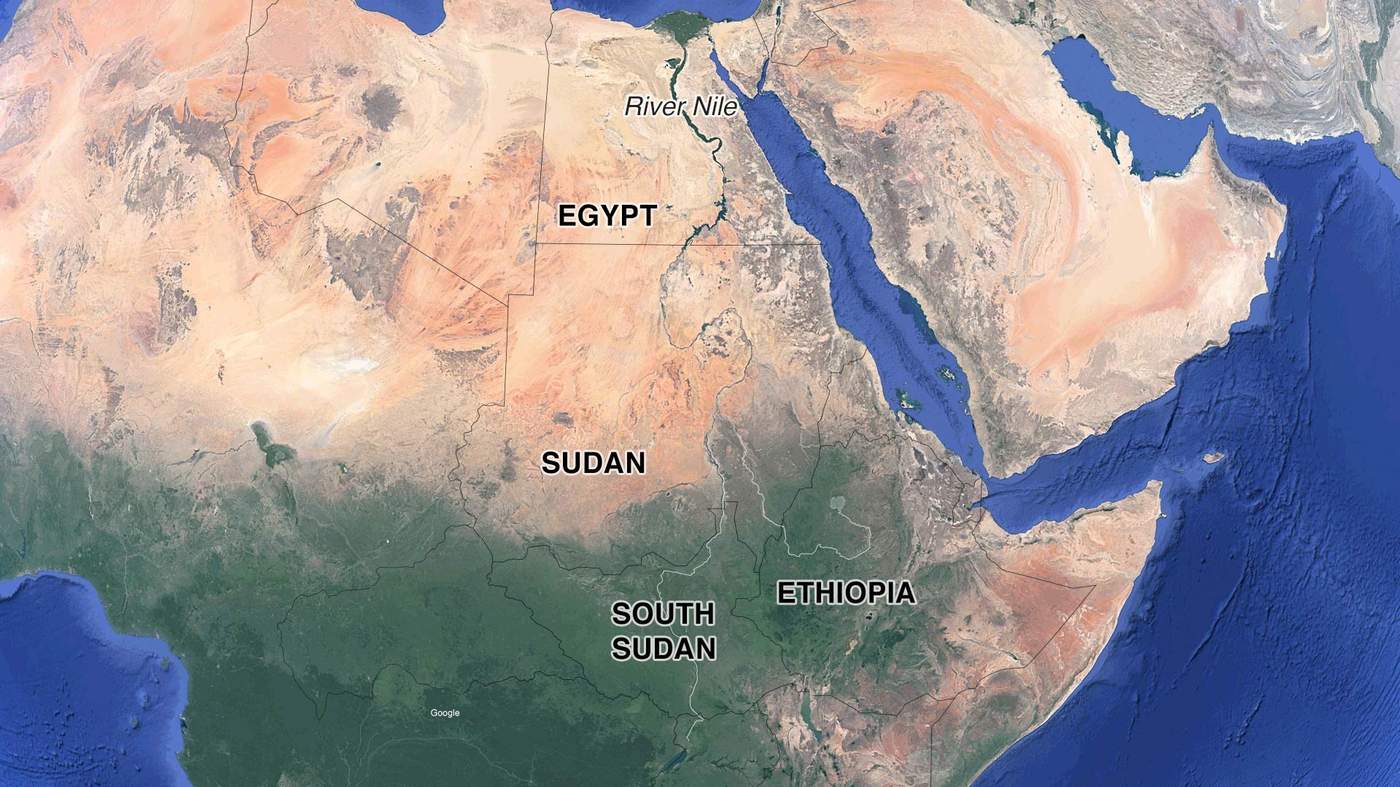 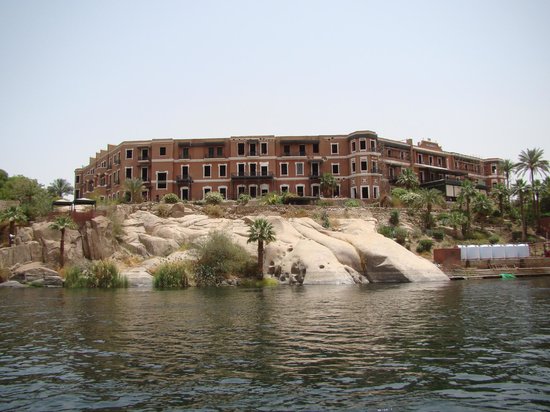 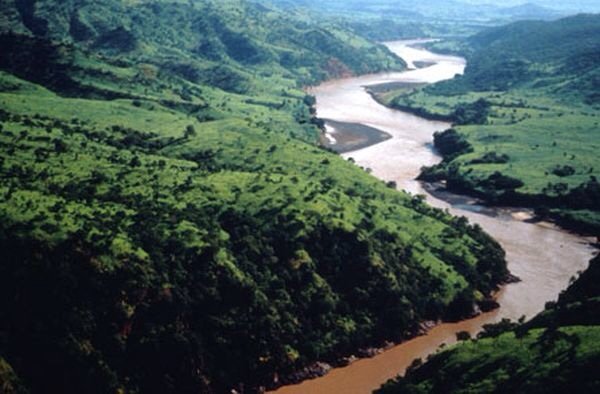 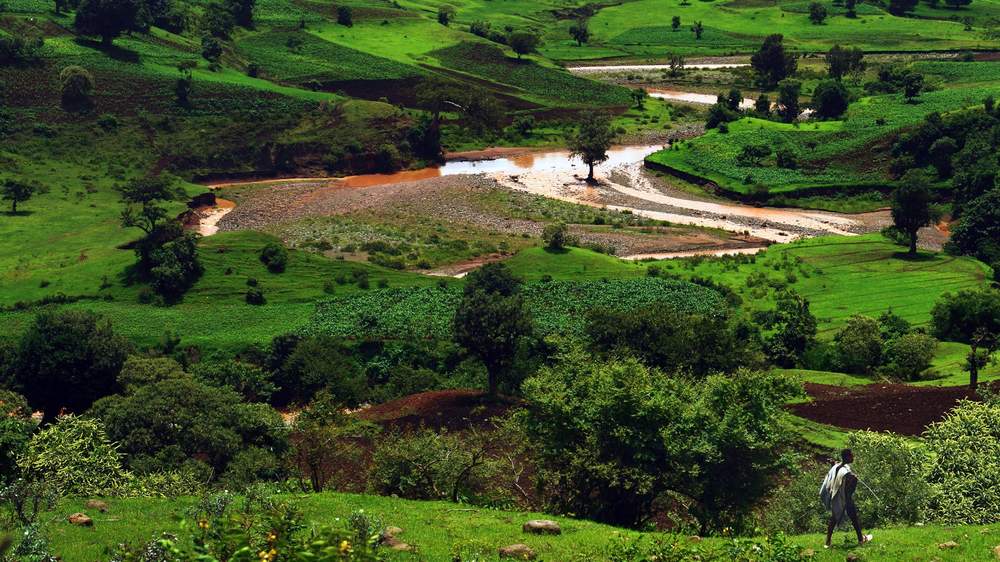 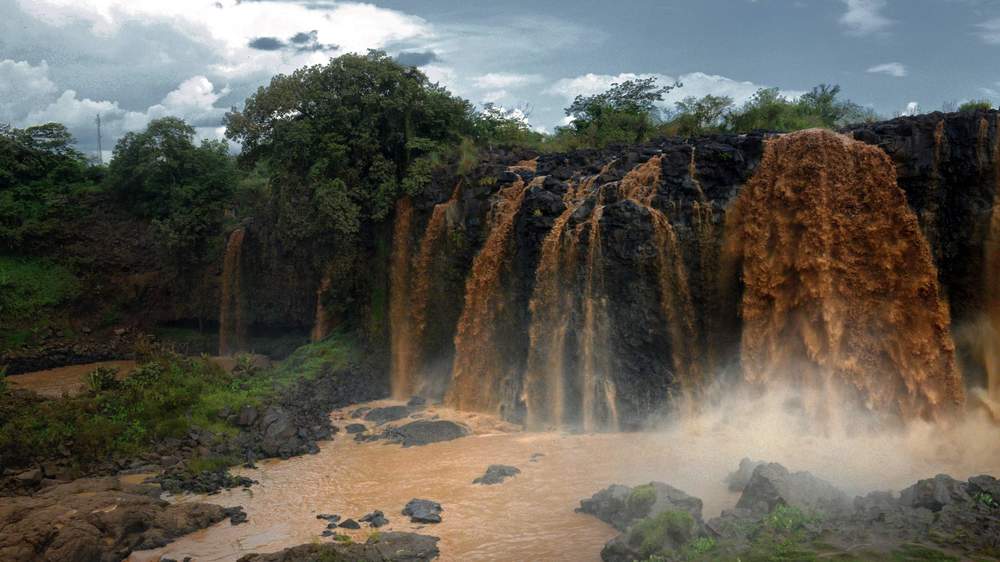 The world’s longest river is sick—and getting sicker. Battered by population growth and climate change, the Nile river is crumbling and impacting lives for the worse. Traveling along the river from Ethiopia to Egypt, Peter Schwartzstein writes in the BBC about how the death of the river could trigger a regional conflict.

What happens when Kenyan politicians switch from speaking English. As Kenya goes through a tense electioneering time, politicians have been out in the public speaking English, Swahili, Sheng slang, or local languages. But the shift in languages aren’t just simple, writes Nanjala Nyabola in African Arguments, and hold significant consequences for Kenya’s political discourse.

The unravelling of Nigeria’s security establishment. In this deep dive for The Republic, Chris Ngwodo examines the numerous security threats across Nigeria, from Boko Haram and Fulani herdsmen to Niger Delta militants and Biafra secessionists and many others in between. Ngwodo argues these have become existential threats for a country whose political establishment and security forces are ill-equipped to overcome the challenges.

Mboka Festival of Arts, Culture and Sport (Jan. 6-20) The Gambia’s annual literary, book and visual art fair is back, offering participants from across the continent the opportunity to explore the ‘new dawn’ in the West African country.