The President expressed satisfaction that congressional Democrats signed onto a deal to fund the military, first responders, and health insurance for vulnerable children. “As I have always said, once the Government is funded, my Administration will work toward solving the problem of very unfair illegal immigration,” President Trump said.

“We will make a long-term deal on immigration if, and only if, it is good for our country.” 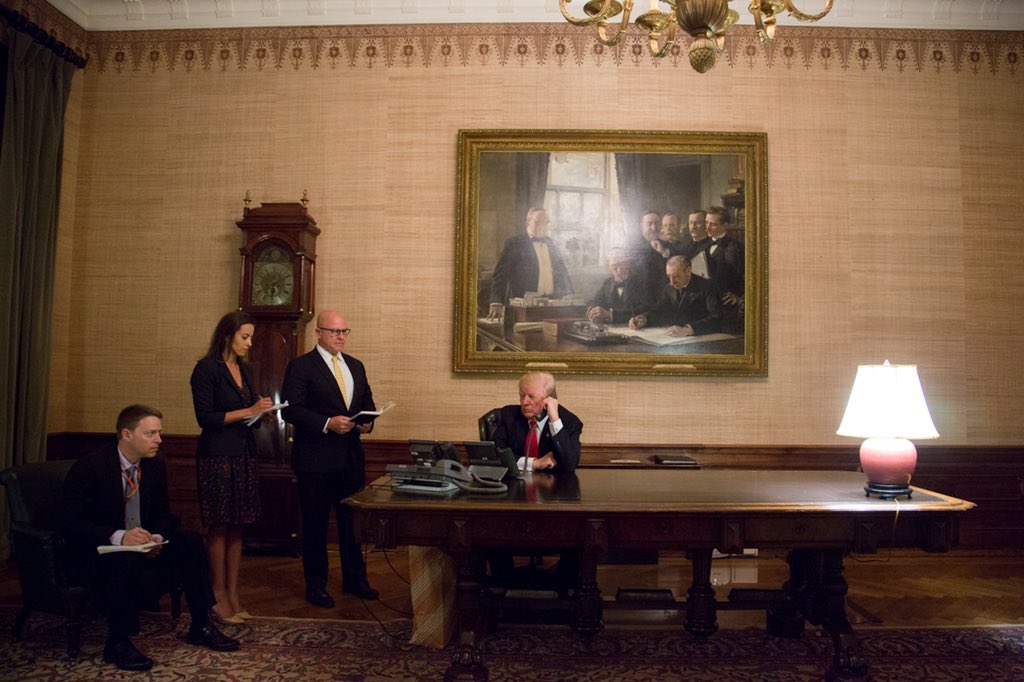 Press Secretary Sarah Sanders answered questions yesterday about the next steps toward striking such a deal. “We certainly want to negotiate,” she said, adding that the Administration’s priorities haven’t changed: “a solution on DACA, end to chain migration, end to the visa lottery system, and funding for border security—and that would certainly include the wall.”

Today, President Trump will sign two actions relating to Section 201 of the Trade Act of 1974. On the recommendation of the U.S. Trade Representative, these actions will prevent serious injury to American manufacturers of washing machines and solar cells and modules.

Vice President Mike Pence continues his travel abroad today. This morning, he participated in a bilateral meeting with President Reuven Rivlin of Israel. The Vice President and Second Lady also toured Yad Vashem, laid a wreath at the Hall of Remembrance, and visited the Western Wall in Jerusalem. They will return to Washington, D.C., late this evening.