Hi, Q-MHI Africa readers! BUYING LOW If there was any doubt 2017 was a clean break from the short-term euphoria of the Africa rising narrative of 2012 to early 2015, […]

If there was any doubt 2017 was a clean break from the short-term euphoria of the Africa rising narrative of 2012 to early 2015, the various 2017 datasets coming in are putting that to rest.

As it is, we already know that broadly speaking, many African economies slowed for 2017 as some did in 2016 based on numbers from World Bank, IMF and others, Yet, some people get a bit sniffy about whether GDP growth metrics give us the complete picture about what’s happening on the ground, particularly in Africa’s informal-dominated economies.

However, it’s clear investors and deal makers in African markets definitely showed caution last year. Major mergers and acquisitions in Africa dropped to their lowest level for five years—just over $32 billion, down from $42.5 billion in 2016, which itself was down from $64.5 billion in 2015, according to Thomson Reuters analysis.

Growth in private equity deals was flat with 149 deals totaling $3.8 billion last year, compared with 150 deals for $3.9 billion the year before, according to the private equity association, AVCA.

But perhaps a better indicator of the fortunes in the year ahead might be that Africa-focused private equity funds raised less money in 2017 for deals to be done this year or soon after. In total they raised $2.3 billion, which is down from $3.4 billion in 2016 and $4.3 billion in 2015.

This might not be as negative as it sounds on the face of it. Many an experienced investor will see now as the best time to make their investments in what probably looks like a “value” market, especially since some of the exuberance and misguided optimism has left the scene. Those same funds, or other investors, may be able to get a lot more for their money and could spread their bets wider and that will likely attract more investors.

Cape Town is just the beginning of South Africa’s growing water crisis. Cape Town residents are still being urged to get by on 50 liters (13 gallons) of water per person per day—a matter already posing a risk to public health.The warnings come amid a seasonal spike in diarrhea that occurs annually in Cape Town from February through April, when warmer weather encourages the spread of germs.

The Western Cape province also is battling the second-highest incidence of listeriosis in South Africa, which is suffering from the largest outbreak of the disease on record. At least 820 people have been infected and 82 have died since the start of last year, according to data from the National Institute for Communicable Diseases. 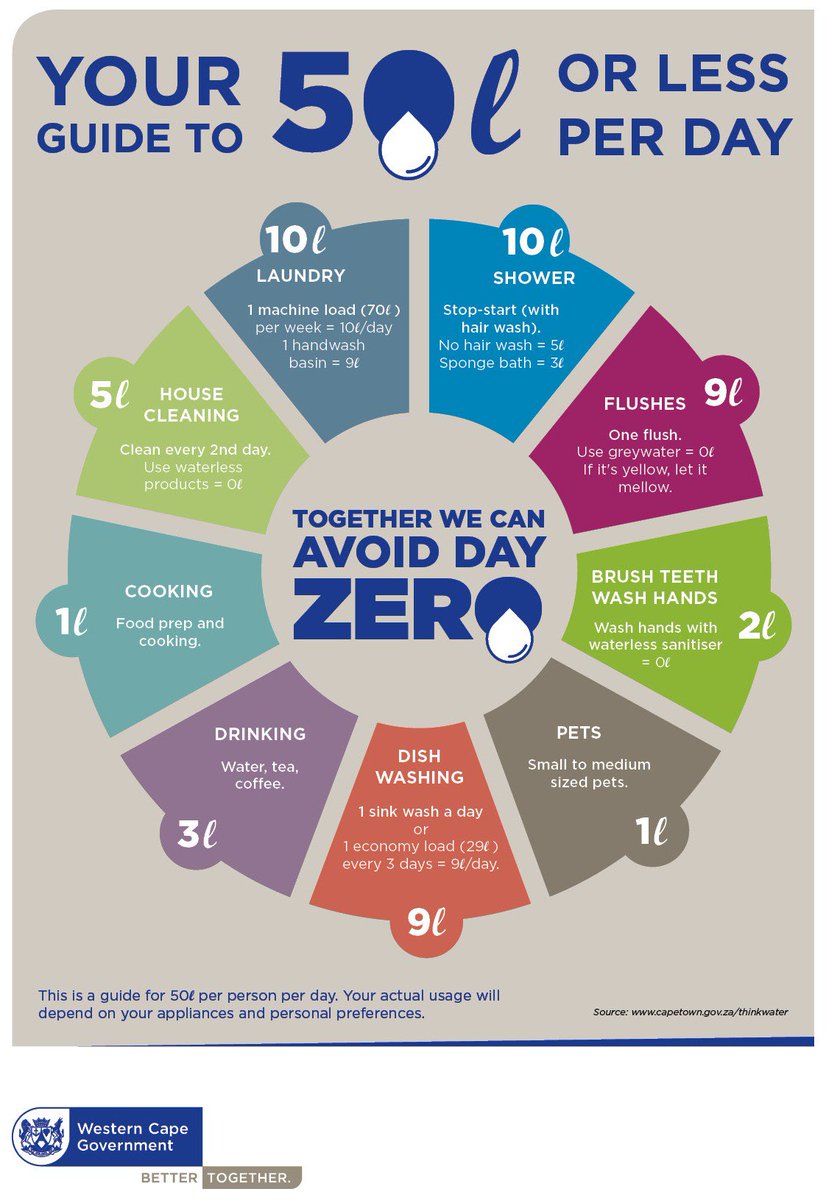 But it’s not just a Cape Town problem, other South African cities like Johannesburg and Durban now face water restrictions. Restrictions on water use are also in effect in both Durban and Johannesburg, where officials warned recently that usage of water “has increased at an alarming rate.” Levels at dams in both the nation’s  Eastern Cape and KwaZulu-Natal provinces have reached dangerously low levels And to help ease the water shortage, farmers north of Cape Town opened their dams to let out about 10 million liters flow into the city.The province’s farmers, though, have lived with the effects of climate change for several years now as annual rainfall has steadily decreasedand have changed their relationship with what is now a precious resource, saving water even during wetter years.

When the country is finally ready to make long-term changes, it should look to the example of Melbourne, Australia.The biggest saving came from mandatory and voluntary changes in water use. At one end of that spectrum, for example, city officials fined people for daytime lawn watering or car washing.

At the other, small community programs provided timers to help people spend less time in the shower (which is where Melburnians typically use the most water on a daily basis). The government also offered rebates for using more water-efficient washing machines and dishwashers; distributed educational material to schools and colleges; and advertised on TV and in newspapers.

Charity, or investment, doesn’t begin at home for Africa’s biggest company. Naspers, the Cape Town-based media and internet conglomerate, is a global company boosted by its valuable digital stakes and operations in over 100 countries. But as Yomi Kazeem explains, Naspers is yet to replicate its global success back home in Africa because the digital companies it backs, like OLX, Mocality, and Konga continue to face troubles.

Two months after cutting nearly 60% of its staff, Konga, one of Nigeria’s leading e-commerce companies, has been acquired by Zinox, a local tech firm which manufactures and distributes computers and also manages data centers.The acquisition sees Zinox take over Konga’s assets including its online mall which currently serves over 10,000 merchants. Zinox also takes ownership of KOS-Express, Konga’s in-house delivery and logistics company as well as KongaPay, its mobile payment solution.

Should Ugandans be so proud of Daniel Kaluuya’s success? Ugandans have been celebrating the Oscar nomination for Get Out actor Daniel Kaluuya, who was born to Ugandan parents in the UK. But for a country that doesn’t invest much in its own arts and culture, Bwesigye bwa Mwesigire argues it’s high time to wage the struggle for a cultural revolution at home.

Zimbabwe’s comedians are ready to deliver satire for the Mnangagwa’s era. Over the last several years, as Robert Mugabe got older, comedians grew bolder and took on the aging president, his family, and government. Months after he was ousted, Abdi Latif Dahir reports on how the nation’s comics are preparing to deepen the place of comedy in a time of change.

Why African languages—not just English or French—should be used in universities. Africa has 2,144 distinct languages, yet they barely feature in significant cultural, scientific, and educational discourse. H. Ekkehard Wolff argues for a new strategy focused on mother tongue bilingual education, from primary through tertiary levels.

The number of Africans being removed from the US spiked in 2017. While total deportations fell last year, the United States has more than doubled the number of African migrants deported since president Trump took office, according to data from the US Immigration and Customs Enforcement (ICE). Samira Sadeque findsthat for the top 10 African countries the number of people removed jumped by 140%.

The organization helping connect Africa’s diaspora to their roots. Birthright Africa works to inspire young adults of African descent in the United States to explore their cultural heritage and how much their ancestors contributed in both the US and Africa, Amos Barshad writes in the New Yorker.

The booming illicit fuel trade in an African oil-producing nation. Peddlers with plastic fuel containers dot the roads of the North West and South West regions in Cameroon, selling smuggled Nigerian petrol. Yet the problem is not about lack of supply Mbom Sixtus writes in African Arguments but rather about inherent marginalization and unfair distribution processes.

The uncertain future of South Africa’s president. South Africa’s ruling African National Congress was reportedly prepared to fire president Zuma as head of state last week. A negotiated exit now looks more likely, according to Reuters. And with the cancellation of the state of the nation address on Feb. 6, it seems the end might be near for a chaotic administration.