The days after Parkland 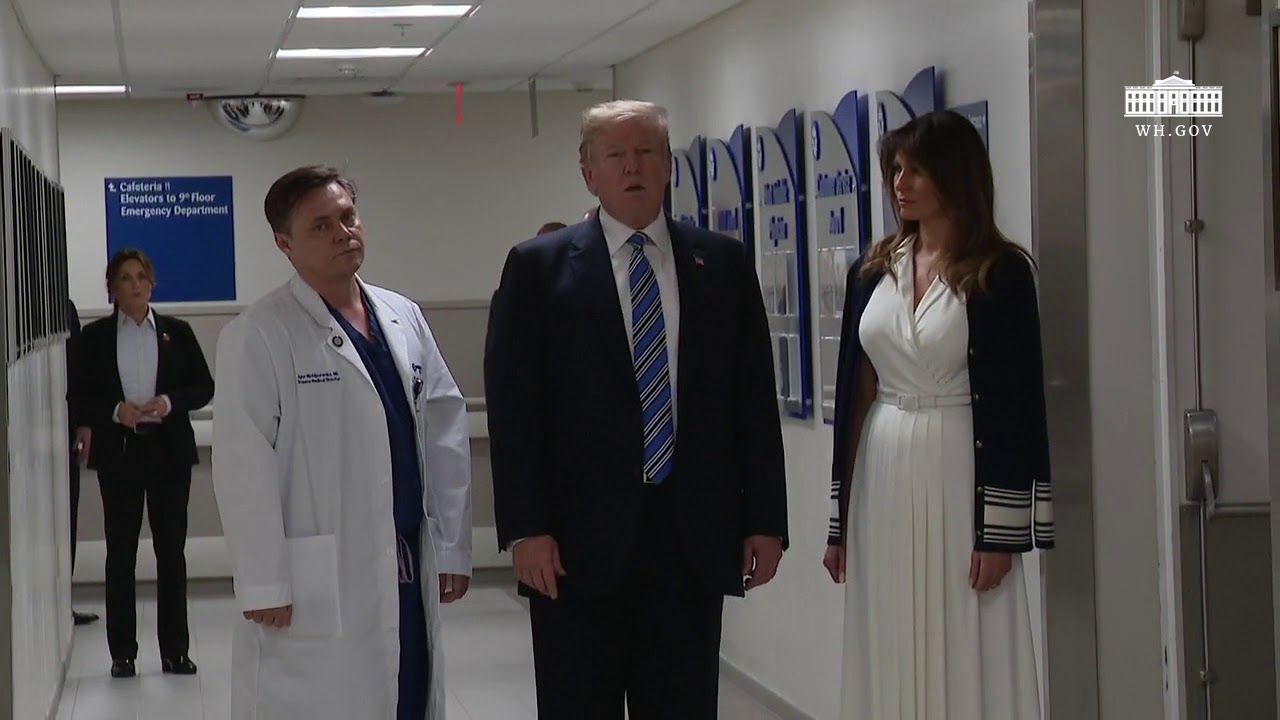 On Friday, the President and First Lady visited with survivors at a Florida hospital and addressed law enforcement officers at the Broward County Sheriff’s Office to pay their respects and express their full support. The President also spoke with local officials such as Parkland Mayor Christine Hunschofsky to receive updates and thank them for their leadership.

“Our entire Nation, w/one heavy heart, continues to pray for the victims & their families in Parkland, FL,” the President tweeted Friday. “To teachers, law enforcement, first responders & medical professionals who responded so bravely in the face of danger: We THANK YOU for your courage!”

Since 1971, Federal employees have enjoyed a three-day holiday weekend each February. Yet while yesterday’s sales at malls across the country may have reminded you to celebrate “Presidents’ Day,” the official Federal holiday remains “Washington’s Birthday” on the books.

Given the proximity of the holiday to Abraham Lincoln’s birthday, Rep. Robert McClory (R-IL) attempted to change the name of the holiday to “Presidents’ Day” in 1968. But the measure proved to be particularly controversial for legislators from Virginia, George Washington’s home state, and it was soon dropped. Another fact: Washington’s Birthday is honored on the third Monday of each February, but because his actual birth date is February 22, the Federal holiday will never be celebrated on his real birthday.

Read more on the historic debate between “Presidents’ Day” and “Washington’s Birthday.”

“I thought my friends across the aisle would jump at this opportunity to fulfill what they say is their top priority,” Senate Majority Leader Mitch McConnell (R-KY) said. “But they just could not take ‘yes’ for an answer. . . . They decided they’d rather come away empty handed, with no resolution whatsoever for the 1.8 million individuals they say they are championing, than accept a reasonable compromise with the president.”

President Trump noted this morning that the Democrats’ obstructionism is hurting them with American voters. “Republicans are now leading the Generic Poll [for November’s midterm elections],” the President tweeted, citing the popularity of tax cuts. “Also, they want to do nothing on DACA, R’s want to fix!”

Read more: What people are saying about the Senate Minority’s immigration obstructionism

Today, President Trump will have lunch with Vice President Mike Pence and Secretary of Homeland Security Kirstjen Nielsen. In the afternoon, the President will meet with Secretary of the Treasury Steve Mnuchin and later host a Public Safety Medal of Valor Awards ceremony.

After having lunch with the President and Secretary of Homeland Security, the Vice President and Second Lady will travel to NASA’s Kennedy Space Center in Florida. The two will participate in a tour of Cape Canaveral Air Force Station’s launch facilities and later attend a reception hosted by the Commercial Spaceflight Federation, Coalition for Deep Space Exploration, American Institute of Aeronautics and Astronautics, Aerospace Industries Association, and Space Florida.