Good morning, Q-MHI readers! If this is the best humans can do, then bring on the robots. For months—years, even—the stock market was unusually calm. It rose steadily and predictably, […]

If this is the best humans can do, then bring on the robots. 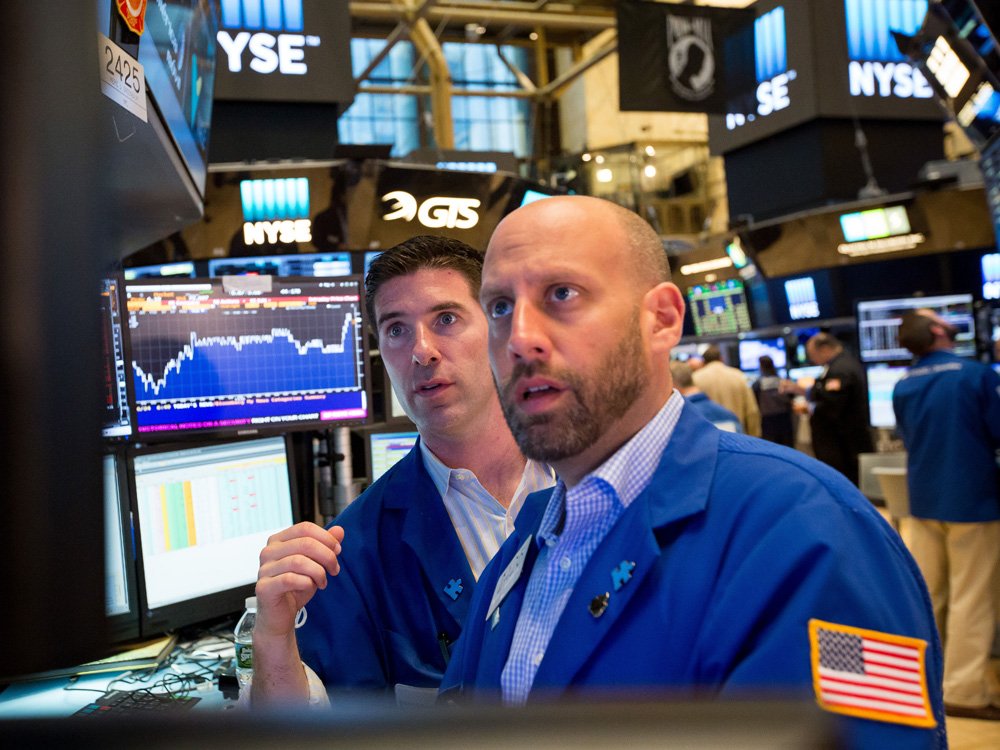 For months—years, even—the stock market was unusually calm. It rose steadily and predictably, which made some people antsy. To boost returns, they figured out that you could bet on the boringness of stocks. Billions of dollars poured into two popular investments that tracked the inverse of the VIX volatility index—that is, their returns rose as volatility fell. 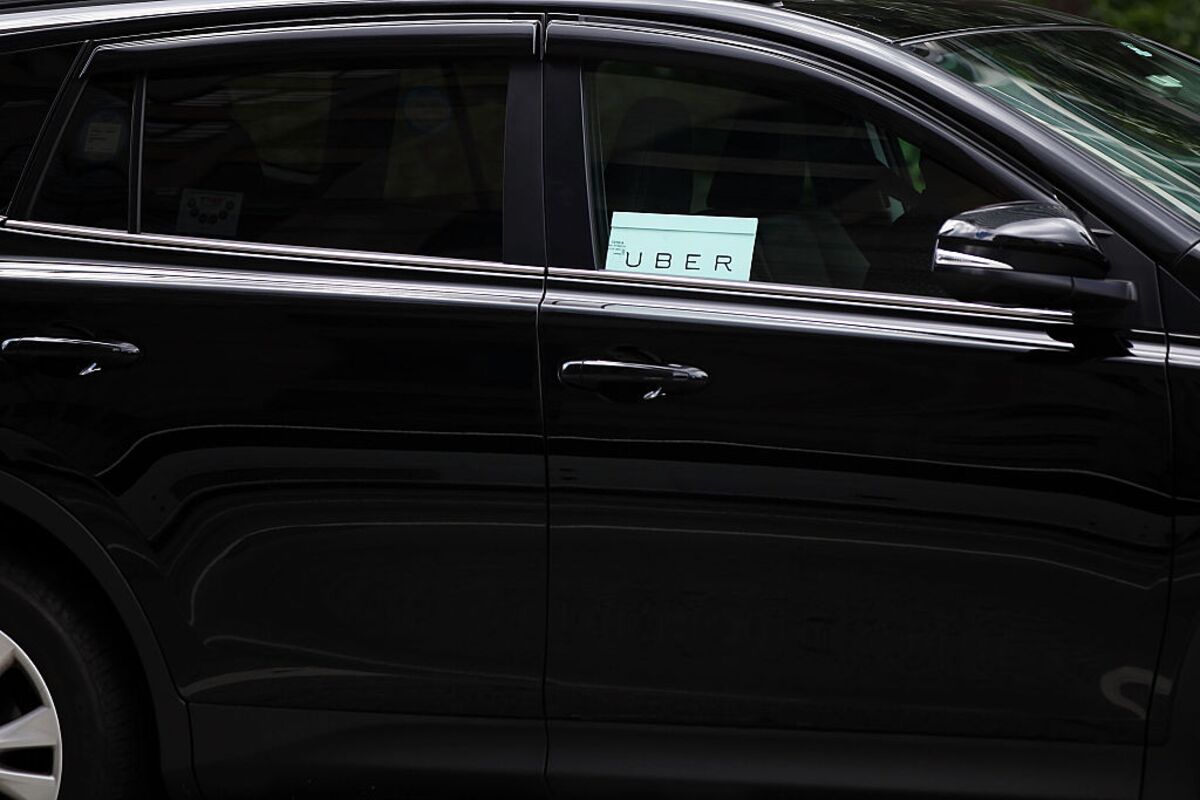 This bet made quite a lot of money for quite a long time. Ordinary investors crowded in on the trade after hearing about it from a friend (or Uber driver), while others were told to buy the exotic exchange-traded products by their financial advisors. 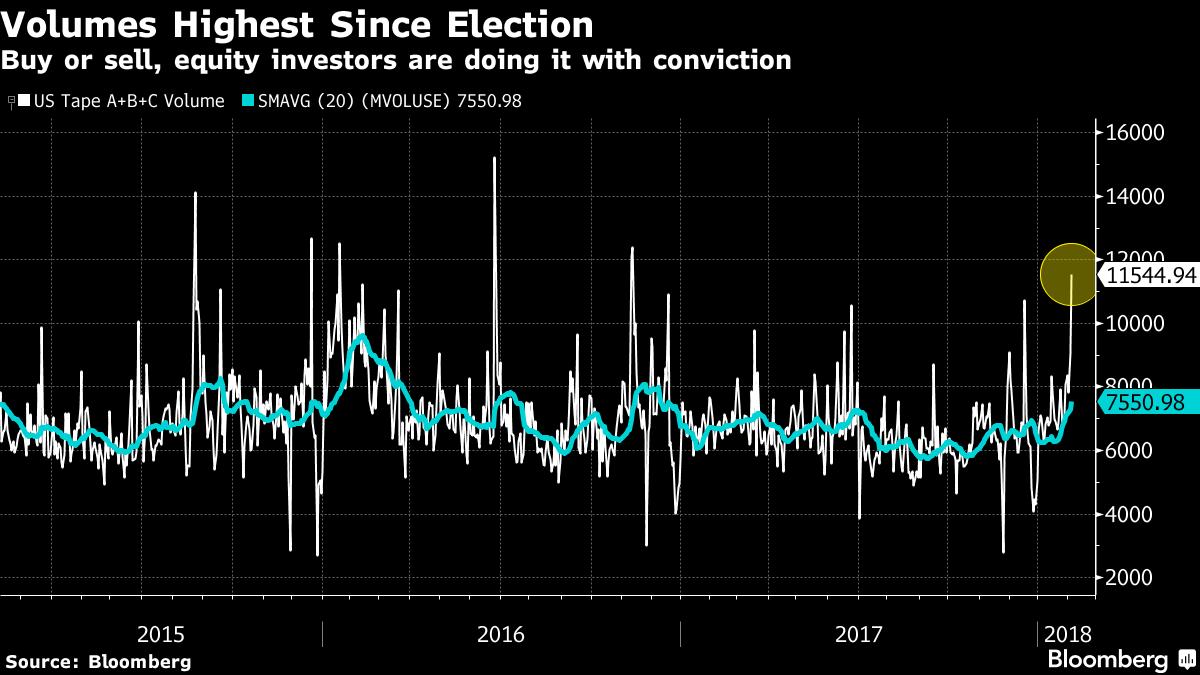 You can guess what happened next. This month, the market’s worst week in years was followed by one of its best, with share prices whipping around wildly from one day to the next. Inverse-volatility funds lost nearly everything. Credit Suisse liquidated its suddenly near-worthless security, which had $1.9 billion under management before the mayhem, much of it held by retail investors.

These securities are designed for the pros, often as a way to hedge derivatives portfolios. They shouldn’t be held for more than a day or two, and certainly not in retirement accounts. For anyone who reads the prospectus, this was made clear: Credit Suisse said the “long term expected value” of its exchange-traded note was “zero.” (It pays to read the fine print, after all.) 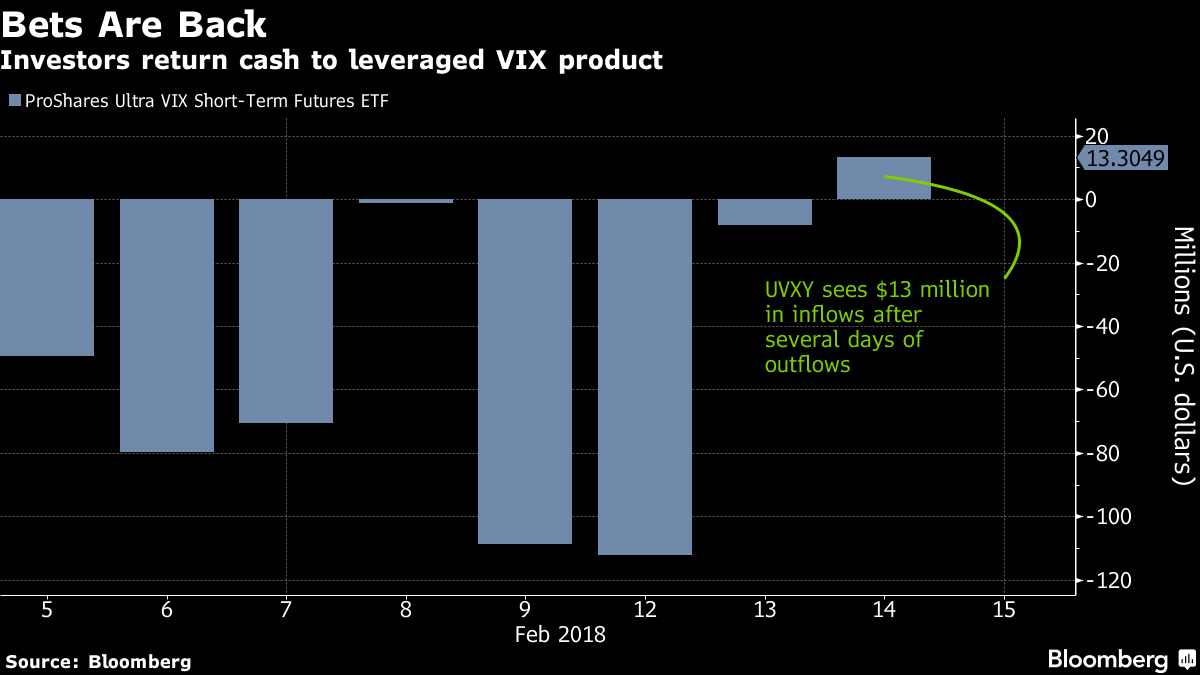 Despite the carnage, this week investors came back for more, with net inflows to volatility-linked investments worth millions. 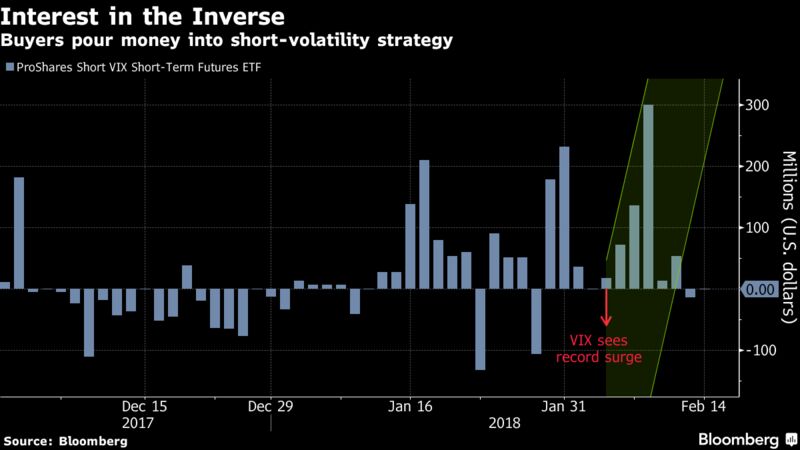 If people keep piling into funds they don’t understand, or rely on advisors without doing background checks, then maybe it’s time to let robots take over. Robo-advisory service Scalable Capital, for example, says volatility-linked products wouldn’t even qualify for their automated portfolios because they aren’t “investment assets.” Algorithms don’t exaggerate potential returns to win a new client, and they aren’t ashamed to rely on boring but effective financial strategies. And they don’t take investment advice from Uber drivers.—John Detrixhe (Q-MHI).

A Winter Olympics for everyone. Our Pyeongchang coverage this week included a profile of North Korea’s most important athletes, a breakdown of a controversial figure skating jump, an explainer on alpine skiing, and an obsessive dive into curling. Yomi Kazeem has been all over how these are the most African Winter Games ever, and for those enjoying summer, here’s a helpful guide on how to get into the spirit of these quadrennial snowfests.

Policy or politics? Immigrants have shaped America, which makes aspects of its immigration policy all the more bewildering. Annalisa Merelli describes one case in point: that of the roughly 300,000 children of highly skilled foreign professionals at risk of being deported after their 21st birthday. Their parents have waiting for decades to become permanent residents. Now, a new bipartisan bill seeks to address their woes.

Telegram’s coin flip. Telegram, the privacy-protecting chat app beloved by the crypto crowd, is planning a blockbuster billion-dollar initial coin offering. The tokens won’t go on sale to the general public until next month, but Joon Ian Wong got a look at emails from insiders with allocations from an initial round for institutional investors, who are flipping the rights to their tokens for millions of dollars.

Blackface in China. This year’s Lunar New Year gala on China’s state broadcaster featured a Chinese actress in blackface and offensive prosthetics talking about how much the country has done for Africa. The skit, intended to celebrate Sino-African relations, highlighted the skewed relationship between China and Africa, Lynsey Chutel writes, and surfaced a much-needed conversation about race.

Hang in there, baby! Successories motivational posters were everywhere in the ‘80s and ‘90s. They hung in conference rooms and reception areas, as innocuous as the office fern, and engineered to be almost instantly forgotten. But the story behind the posters is far more dramatic than the placid scenes on their fronts. For Quartz at Work, Corinne Purtill looks at the rise, fall, and rebirth of a company that changed the way we think about the office.

Teaching AIs to be weirder. Ask Siri for the weather and she’ll tell you the forecast. That’ll be that. Ask a human, and a couple minutes later you might be discussing art or basketball or whether Dave is having an affair. Humans are surprising; AIs are not. Siri scriptwriter Mariana Lin, writing in the Paris Review, talks about how she tries to make AI a little more human—weird, unpredictable, and occasionally absurd.

Facebook’s struggle to think ahead. Over the last two years, the social media giant has had an unexpectedly enormous influence on journalism and politics. Wired’s Nicholas Thompson and Fred Vogelstein describe how CEO Mark Zuckerberg’s faith in his initial vision made him slow to confront fake news, Russian influence, and other problems. As the article observes: “It’s not easy to recognize that the machine you’ve built to bring people together is being used to tear them apart.” Skyscrapers are pushing the limits of elevators. The ancient Romans used pulleys, levers, and slaves to raise gladiators and wild beasts into the Colosseum. Today, elevator technology is still largely based on the same mechanics. As real estate developers compete to outbuild one another, reports Niclas Rolander for Bloomberg, companies like Kone, Thyssenkrupp, and Otis Elevator must experiment with new ways to to defy physics.

China’s cobalt dominance. In the Congo, where more than half the global supply of cobalt originates, Chinese companies rule the wholesale purchase of this crucial element in lithium-ion battery production. That’s a key reason why China is widening its lead as the world’s largest electric vehicle market, Scott Patterson and Russell Gold write for the Wall Street Journal (paywall), and is charging ahead in the global race to control batteries.

South Africa’s fresh start. It took 10 years and a mind-boggling amount of scandal for the ANC to force South African president Jacob Zuma to step down. In the New York Times, Peter Goodman lists the most pressing tasks ahead for new president Cyril Ramaphosa (paywall), including transforming the beleaguered economy, reversing entrenched inequality, tackling the unemployment rate, and restoring confidence in the country’s future—for investors and citizens.