Hi, Q-MHI Africa readers! HOUSE OF CARDS For nearly two weeks, South Africans watched out for any clues that would tell them just who was in charge of their country. […]

For nearly two weeks, South Africans watched out for any clues that would tell them just who was in charge of their country. They watched as motorcades of luxury cars and blue-light security vehicles darted between official homes. They eagerly WhatsApped each other leaks from closed-door meetings of the ANC. Press briefings and public statements were cloaked in double-speak that were clearly meant for other politicians, not the people. And the people responded in hilarious memes.

This was how South Africa’s new president Cyril Ramaphosa came to be chosen—back door dealings and political brinkmanship. The removal of now former president Jacob Zuma gripped South Africa as it seemed the wily yet embattled president was digging in his heels one last time, right down to the last paragraph of his resignation speech.

After more than twelve hours of negotiations, the party formally recalled Zuma but he held on. The final stroke was the public arrest of Zuma’s wealthy friends, the Guptas, and the threat of removing Zuma through a vote of no-confidence in parliament, even if it meant siding with the opposition.

To outsiders it may not seem that way, but this was South African democracy at play. It’s happened before, when the party removed former president Thabo Mbeki in 2008 after a bitter power struggle. These recalls are dramatic and traumatic for a relatively young democracy, but they serve to decentralize power and ensure the longevity of Africa’s oldest liberation party beyond the ambitions of an individual leader.

Yet, these internal machinations also leave voters feeling removed from a process that directly affects them. At the end of apartheid, as the ANC moved from liberation movement to political party, South African voters entrusted the party of Nelson Mandela with their freedom. In South Africa, politics at the dinner table—and everywhere else—is encouraged. Everyone has an opinion, from the seats of cramped minibus taxi whizzing through the inner city, to the boardrooms of the country’s richest square mile.

The travesty of the Zuma years is that it has excluded ordinary South Africans from participating in their hard-won democracy. Zuma’s ANC did not resemble a movement of the people and a series of corruption scandals foreshadowed a weakened economy and increasing poverty and desperation. Yet, his administration also inadvertently created the kind of public discourse where ordinary South Africans chat about their country’s sovereign credit rating.

Ramaphosa has promised to turn this around, and bring back an ANC that serves the people. The real turning point, however, is for the South African public, with just over a year to the next election, to focus on demanding transparency and accountability and reclaim their democracy.

What the entrepreneur tale of a tycoon’s son tells us about the risk levels of Nigeria’s elite. The son of one of Nigeria’s richest men, Paddy Adenuga, recently published a 8,500-word blog outlining a failed bid to get into the international oil business. After analyzing Adenuga’s essay, Feyi Fawehinmi writes on the depressing predictability of Nigeria’s privileged few.

The deadly clashes threatening to redefine Nigeria geopolitical reality. For years now, settled farming communities and nomadic herdsmen have been battling for resources including water, grazing, and farmlands. But as Mark Amaza notes, the issue, incorrectly, continues to only be viewed through an ethno-religious lens even as the intensity and body count rises.

Black Panther shifts the narrative about Africa and Afrofuturism. African fans flocked to cinemas from Kenya to South Africa expressing a lot of love for the Afrofuturistic Africa seen on screen in Black Panther. As the movie’s global hype intensifies, Edward Ademolu writes about how it represents an anomaly to the long history of Hollywood’s troubling depiction of Africa. Speaking of Afrofuturism, Marvel commissioned Kenyan photographer Osborne Macharia to create Black Panther digital art pieces that add a twist to Maasai tradition.

It’s still unclear what was paid for one of Nigeria’s biggest e-commerce companies. Konga was sold a week ago to local tech firm Zinox for a reported $10 million. But the sellers tell Yomi Kazeem the deal hasn’t quite been agreed yet, despite Zinox’s announcement. And there are now suggestions Konga might have been sold for less than the rumored price—like $9,999,999 less.

All eyes on Ethiopia as it enters a period of political uncertainty. For the last few years, Ethiopia has been an economic bright spot in Africa, but that has belied a tense political backdrop. Things seemed to come to a head this week when prime minister Hailemariam Desalegn suddenly stepped down. But it was swiftly followed by the declaration of a state of emergency as the country’s ethnic disputes threaten to boil over.

Blackface, monkey suits and China’s African problem. This week saw China’s state TV celebrate its Lunar New Year with a variety show featuring a skit on China’s role in Africa with a Chinese actress in blackface and prosthetics meant to be protruding buttocks alongside a black actor in a monkey suit. It’s sparked an uproar abroad, but also with some at home. 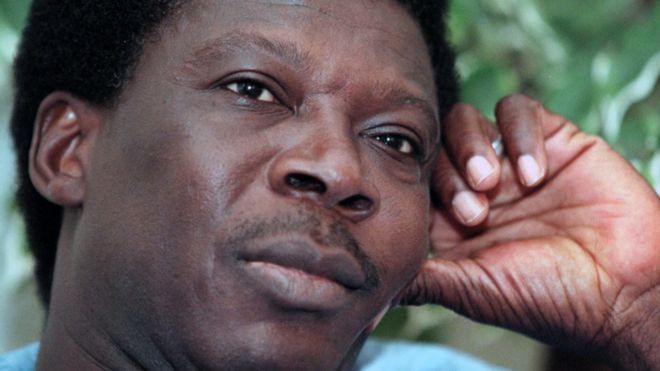 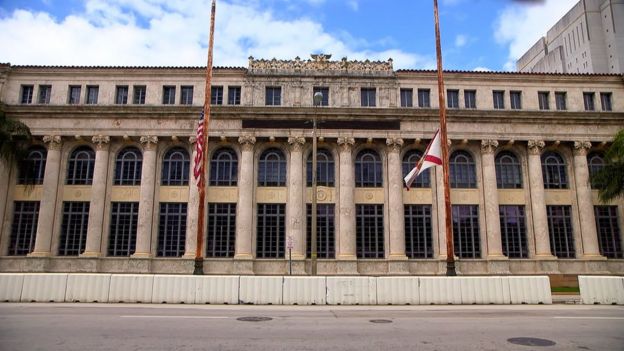 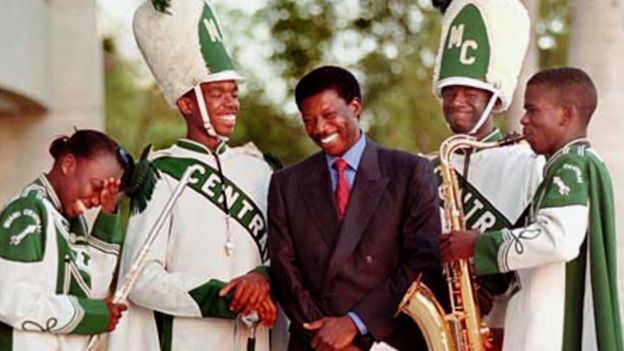 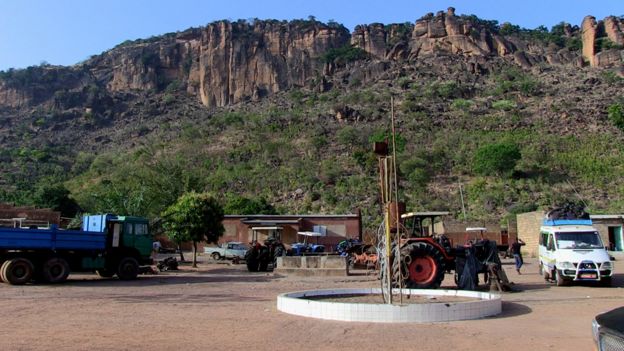 The Malian playboy who escaped with $242m using voodoo. He was a businessman accused of carrying out bank robberies by telling bank managers he could double their money by using “black magic.” Decades after the allegations surfaced, BBC’s Brigitte Scheffer tracks down the man behind the myth and unravels a heist that stretches from Dubai to Geneva, Miami to Mali.

The Herero women’s cultural dress that signifies their past suffering (video). Women in Namibia deck out traditional dresses inspired by the Victorian era and accessorized with a cow horn-shaped headdress. But as Connie Wang reports in Style Out There, the dress represents a subversion of their former German rulers’ fashion and equally protest the genocide that nearly wiped them out.