Hi, Q-MHI Africa readers! EVERYDAY IS FOR THE THIEF There is so much written about the impact of corruption and illegal activity in Africa, it’s easy for one’s eyes to […]

EVERYDAY IS FOR THE THIEF

There is so much written about the impact of corruption and illegal activity in Africa, it’s easy for one’s eyes to glaze over when yet another report on the topic lands in your inbox.

Yet, an OECD report looking into the impact of illegal financial flows in West Africa tries to provide some nuance to the issue by attempting to understand both the ongoing causes and the long-term and wider impact of IFFs on both the economies and ordinary people. 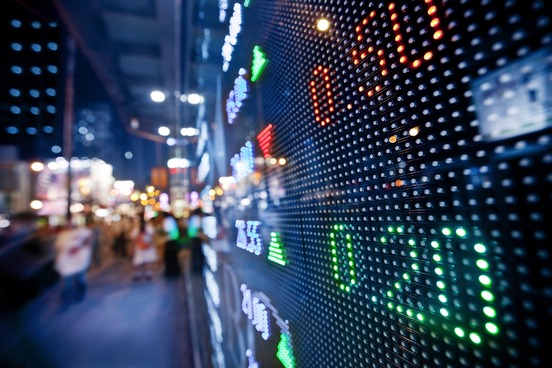 The report goes with the UN Economic Commission for Africa’s estimate of $50 billion a year lost to IFFs a year for the entire continent, though that number is often disputed with ranges between $30 billion and $70 billion a year.

Criminal economies generate illicit flows which “undermine country capacities to finance their development,” according to the report. “West Africa arguably experiences the negative impacts of illicit flows most acutely.” 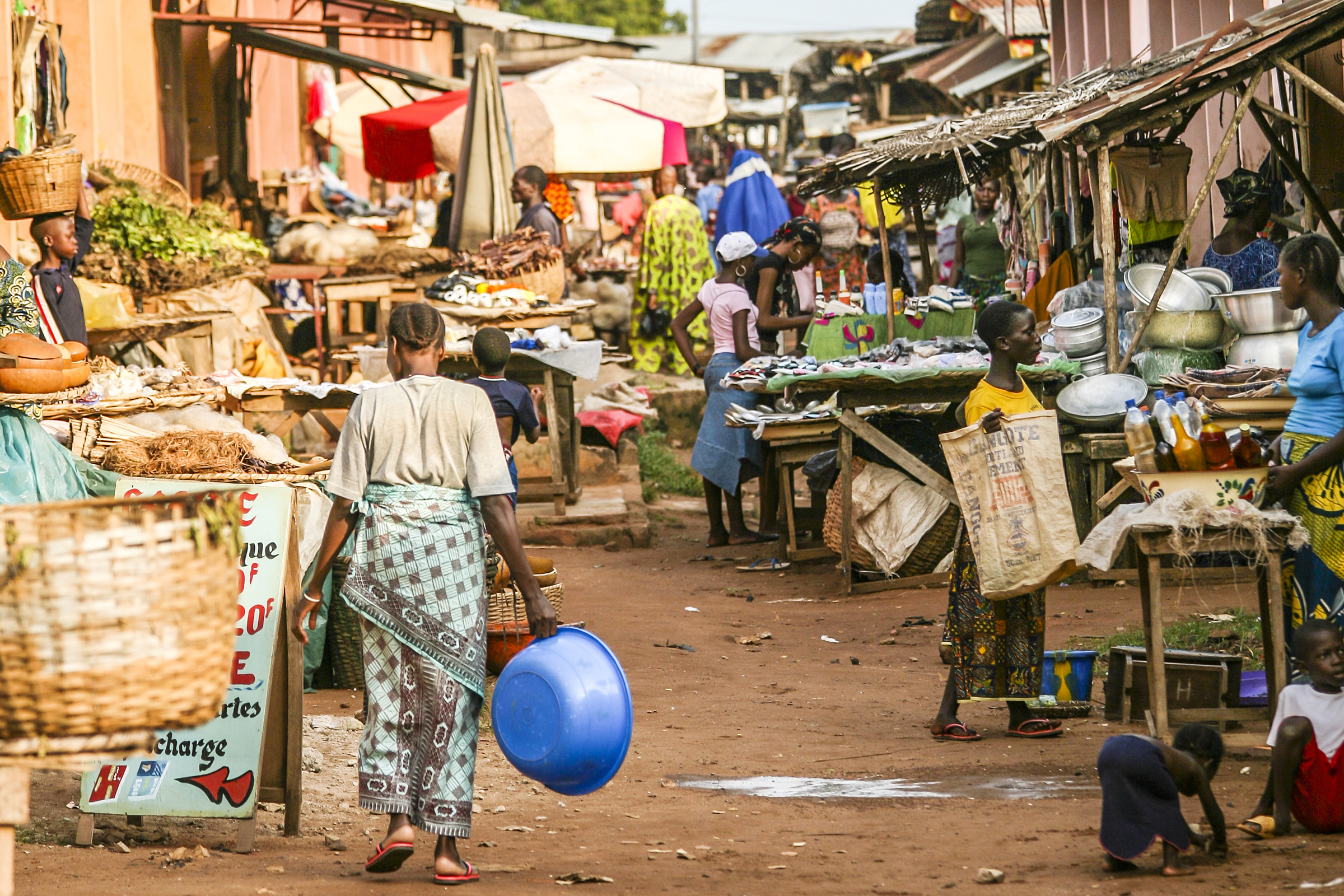 IFFs are typically broken into three broad areas: corruption, such as theft and bribery by government officials; commerce, including tax evasion, mis-invoicing and money laundering through commercial transactions; and crime, everything from drug trafficking and smuggling to counterfeiting and terrorist financing. 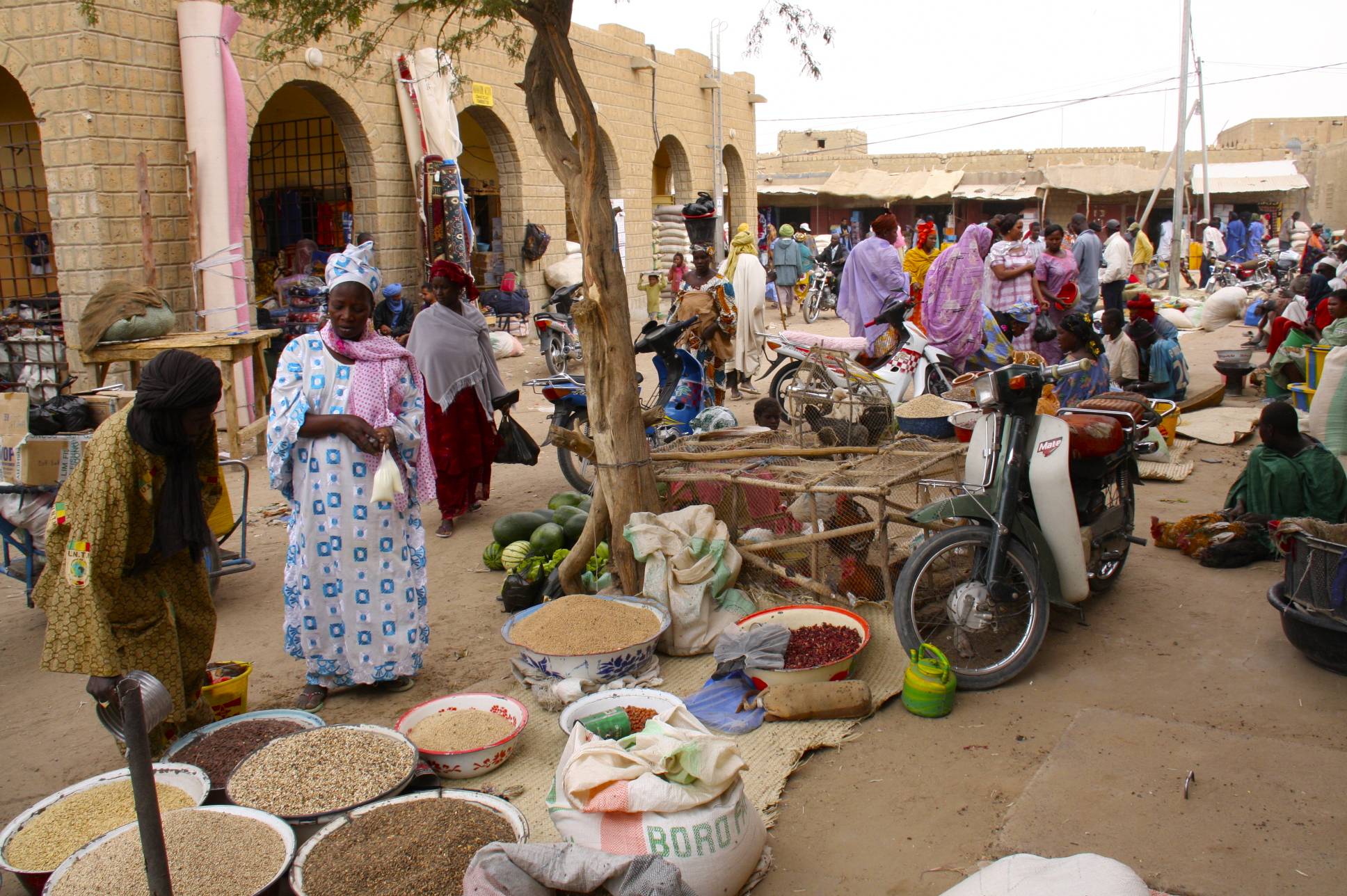 Of the many insights from the research, the disadvantage of a predominantly informal economy stood out. Depending on the country, informal enterprise in West Africa is estimated to be anywhere between 40% to 75% of GDP and employs some 50% to 80% of the available workforce. 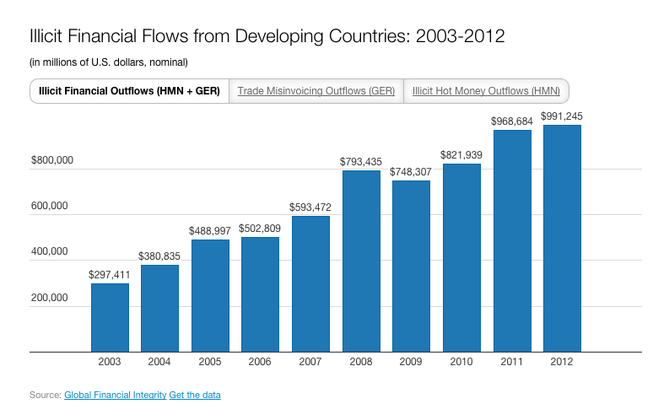 “It is often hard to draw the line at where livelihoods end and criminality begins,” say the authors. Of course, it’s not that informal transactions automatically equate to illicit activity, but it is less straightforward to decide who is involved in a licit versus illicit transaction. For example, the reliance on cash or absence of bank accounts makes it much easier for illicit dealings when there’s no electronic trail. The report goes as far as to link this to an increased risk of money laundering and terrorist financing. 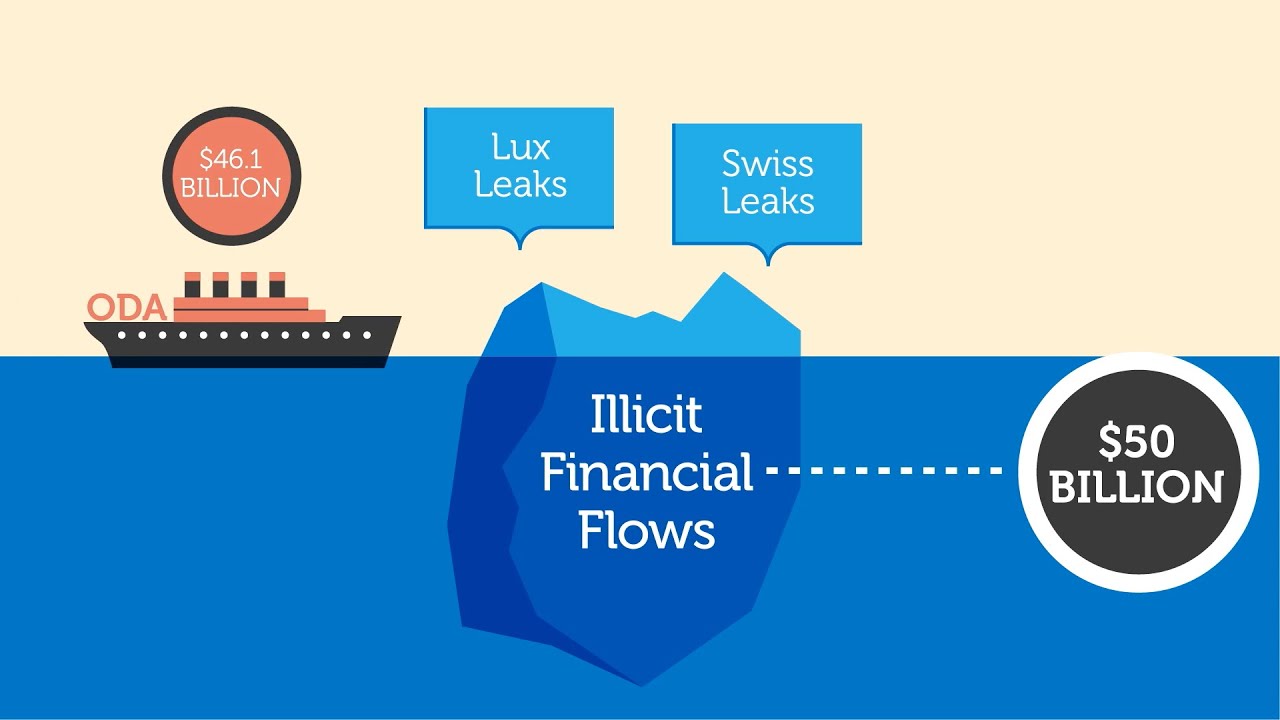 Ultimately, these countries will still need better leadership to have any chance of slowing, much less stopping, the type of illegal behavior for which impunity reigns at the highest levels. “Politics, governance and illicit activity are often interconnected, and public officials often wear multiple hats—as public officials but also as private individuals connected to local networks, and sometimes linked to criminal or illegal activity. Loose lines and affiliations cause the licit and illicit to become blurred.”

Why is a 1990s Japanese mini car the taxi of choice in one of Nigeria’s biggest cities? In Ibadan, southwestern Nigeria, the classic 1990s Nissan Micra is the preferred taxi of choice for as many as six passengers at a time despite its small size. Paul Adepoju and photographer Sunday Olaoye visited to find out why the small car is still the king of the road.

The political and economic dynamics of “Black Panther.” Besides breaking box office records, the superhero film was groundbreaking in drawing on the culture and style of various African ethnic groups.Wakanda may not have been real, but the Black Panther costume designer Ruth Carter and Hannah Beachler, the film’s production designer, both drew on very real tribes and cultures to represent the various peoples that form part of the nation of Wakanda.

In Black Panther, Wakanda is a kingdom made up of several different tribes, each with their own distinctive style. Carter and Beachler researched traditional culture and clothing which they drew from across different parts of the continent.

An impromptu review by the Q-MHI Africa team noted Wakanda’s beauty and technological advances but also picked up on its familiar political and economic imperfections.The following conversation (which contains more than a few spoilers) took place in a Slack channel for Quartz Africa correspondents, Abdi Latif Dahir in Nairobi, Yomi Kazeem in Lagos and Lynsey Chutel in Johannesburg.

The excitement around the movie is set to become a boon for Nigeria’s comic books and animation industry.The release of the Black Panther movie is also timely for these two companies. Comic Republic plans to release its first animated feature based on Guardian Prime, its flagship character, in two months. Vortex also plans to roll out an animated series on video on demand platforms and cable TV channels by the middle of the year.The acceptance of the very African features of Black Panther’s fictional origins is encouraging for local comic companies who can tap into local mythology, history and culture. For instance, Okupe’s successful sophomore novel Malika: Warrior Queen, is set in the 15th century based on the story of Nigeria’s Queen Amina.

Also, its star actress Lupita Nyong’o is quietly inking a string of strategic deals to become Hollywood’s next, and first African, super producer.The Oscar-winning Kenyan actress is using her platform in Hollywood to tell African stories. Not only is she bringing in a new dimension to on-screen representation, Nyong’o also gets to create the kind of roles she’d like to play.

The battle for mobile money, interoperability and financial inclusion in Africa. Despite a long-stated ambition to go cashless, Nigeria stays primarily cash-based. Many find it hard to get their own cash have to rely on pop-up stores to withdraw money at an exorbitant fee.

In Zimbabwe, where there’s a long-running liquidity problem, the new government is pushing for interoperability in the mobile sector to encourage digital payment.The idea of interoperability in simple terms is to enable a mobile money customer on one network’s proprietary system to send or receive money from another customer on a different network. Regulators typically want this to help boost competition, drive financial inclusion and encourage consumer usage. Network operators are less keen due to the short to medium costs as well as the fact it it reduces the need for customers to own multiple phone services to move money around.

Yet in Kenya, where Safaricom owns the world-leading mobile money platform M-Pesa, a debate is brewing over whether its dominance hurts competition.This change of direction underlies the controversy surrounding Safaricom’s market share, and the smaller operators’ insistence that its dominance is essentially anti-competitive. It also part of a broader public debate that revolves around whether Safaricom needs extra regulation, and if its deep-entrenchment in Kenya’s economy could have far-reaching consequences in the event of a system-wide collapse or compromise. For the regulators, the vexing concern has been about creating a market that would attract sustainable investment, facilitate the growth of smaller operators, and ultimately give consumers more choice through competitive and high-quality services.

How African elephants migrate to safety across borders and tell each other how to get there. Poaching, urbanization, and the pressures of conflict have increasingly put the lives of the world’s largest land mammals in danger. But as Kanika Saigal documents, elephants are developing a sophisticated system of sounds, gestures, and chemical secretions to help each other survive.

Telegram rules in Ethiopia while rest of Africa is dominated by WhatsApp. Though a recent survey showed WhatsApp is Africa’s favorite messaging app, Ethiopia stood apart. Telegram, which has a smaller global user, is dominant in Africa’s second most populated country. Here’s why it’s so popular there.

Coding is helping close the gender gap in Tanzania’s tech industry. An almost equal number of men and women enroll for science and technology courses in Tanzania, yet twice as many men are hired in those fields as women. From Dar es Salaam, Abdi Latif Dahir reports on how female-focused coding programs are springing up to help address this issue. 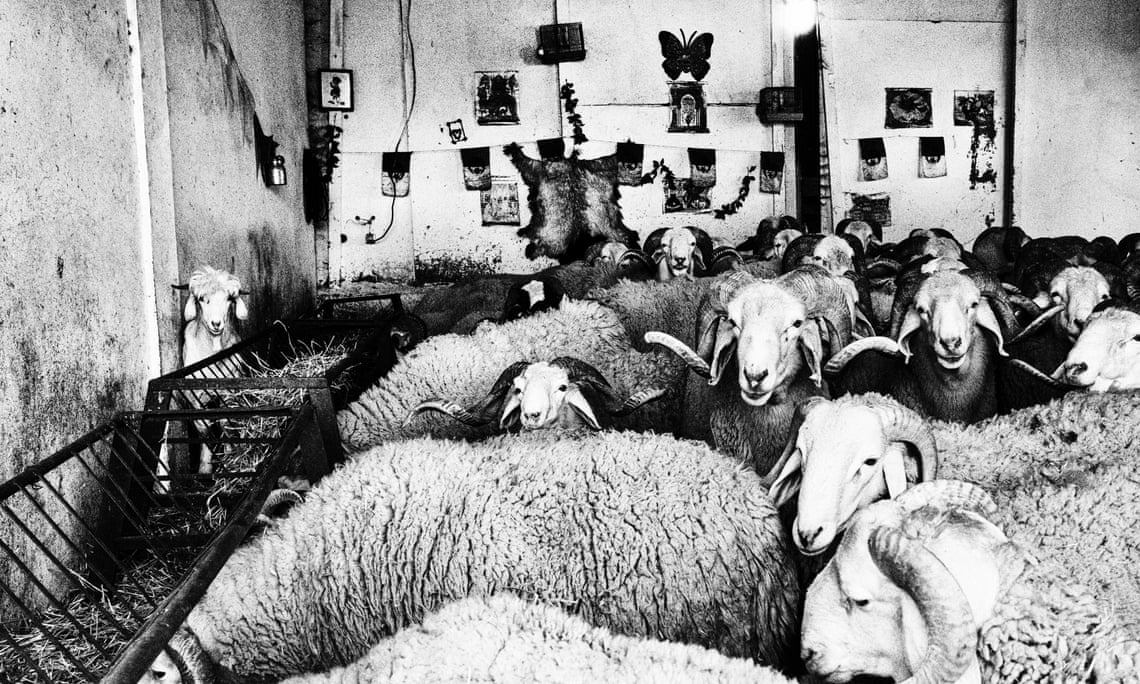 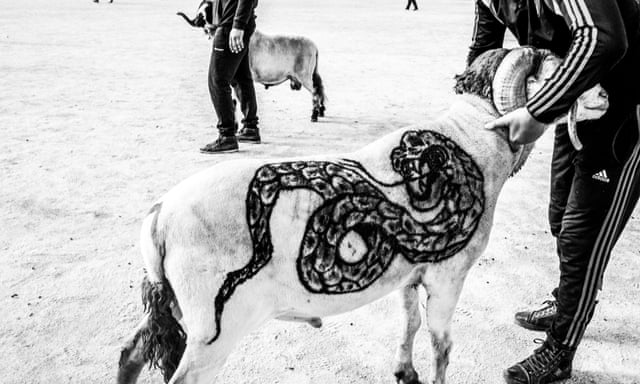 The brutal world of sheep fighting in Algeria. In Algeria, sheep are groomed to battle by smashing heads and bludgeoning each other into submission. In The Guardian, Hannah Rae Armstrong explains how the game is linked to younger men’s search for purpose and to release repressed frustrations about joblessness and a lack of education.

A chef’s goal to restore a forgotten West African grain. During the French colonization of Senegal, the country started importing broken rice from Vietnam, undermining the place of the fonio grain in households. In the New York Times ($), Tejal Rao writes about how Senegalese-American chef Peter Thiam wants to restore the grain’s place in local cuisine. 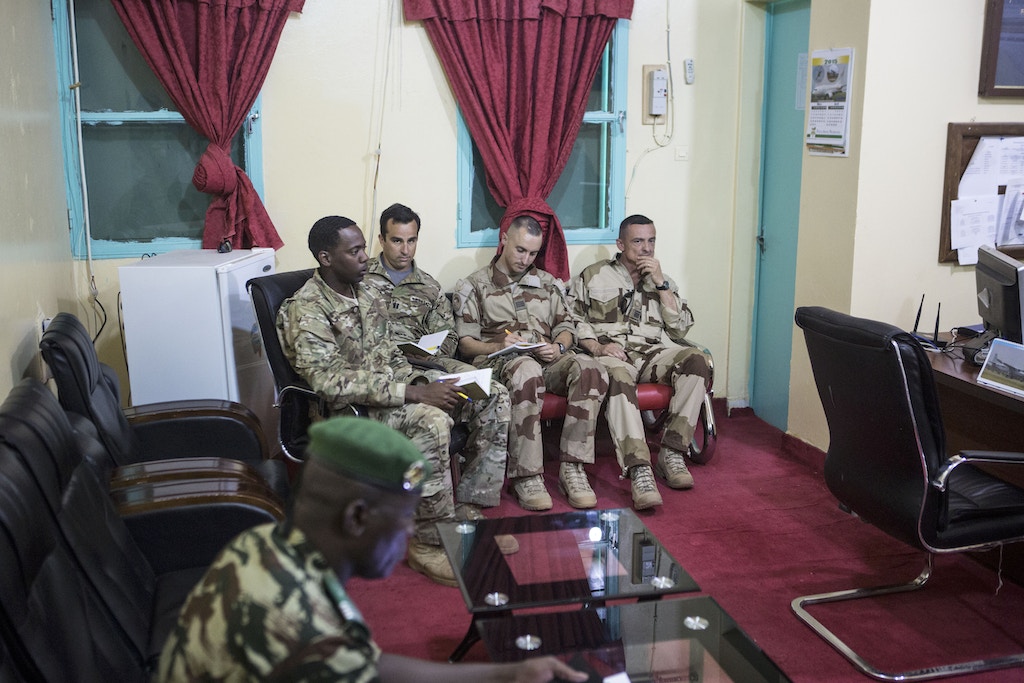 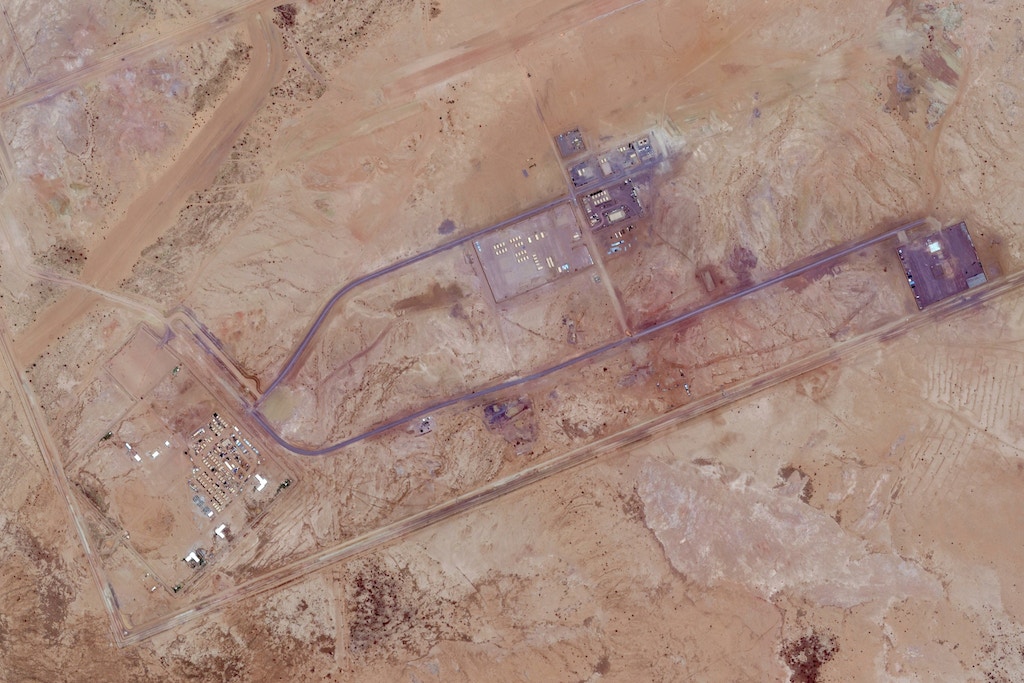 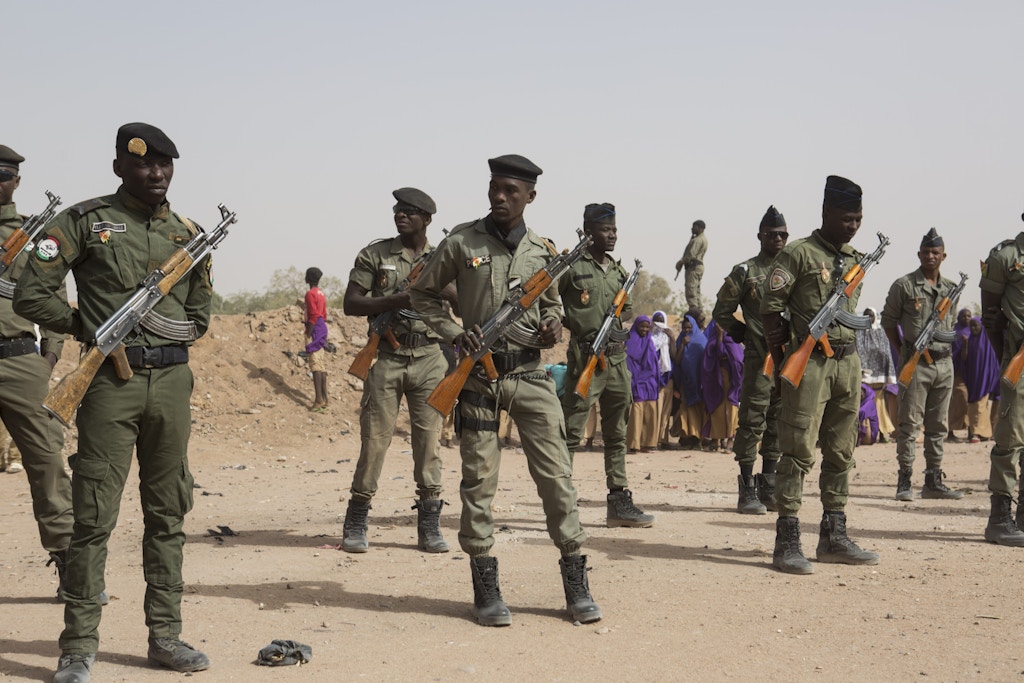 The desert drone base that risks destabilizing Niger. The United States is building a drone military base in the Niger city of Agadez for $110 million. In conversations with locals, politicians and lawmakers for The Intercept, Joe Penney delves into questions about the legality of the base and what it means for foreign military involvement in West Africa.