Good morning, Q-MHI readers! WHAT TO WATCH FOR TODAY Apple’s big education pitch. The tech giant is holding an event in Chicago as it vies with Google Chromebooks for control of […] 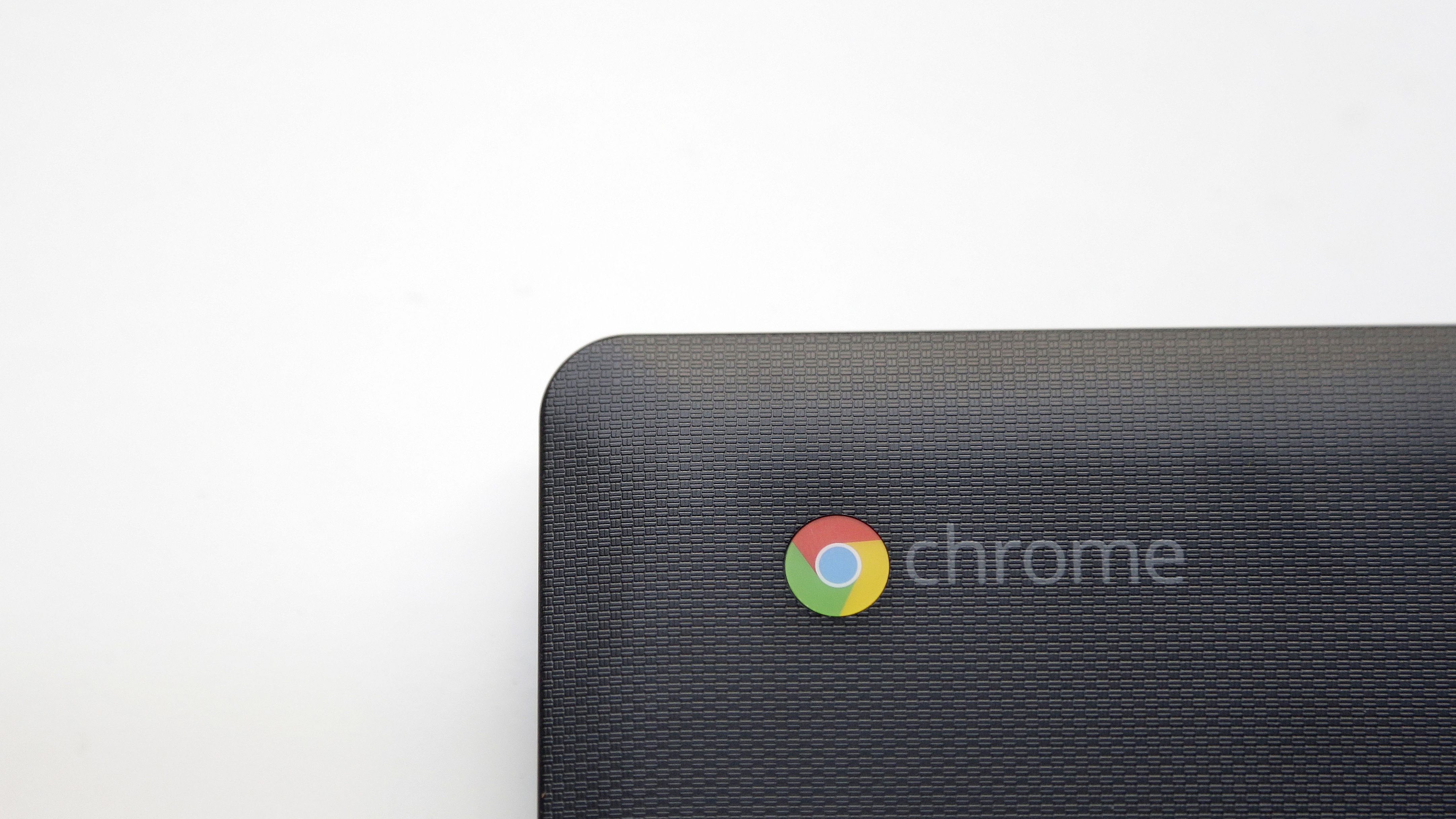 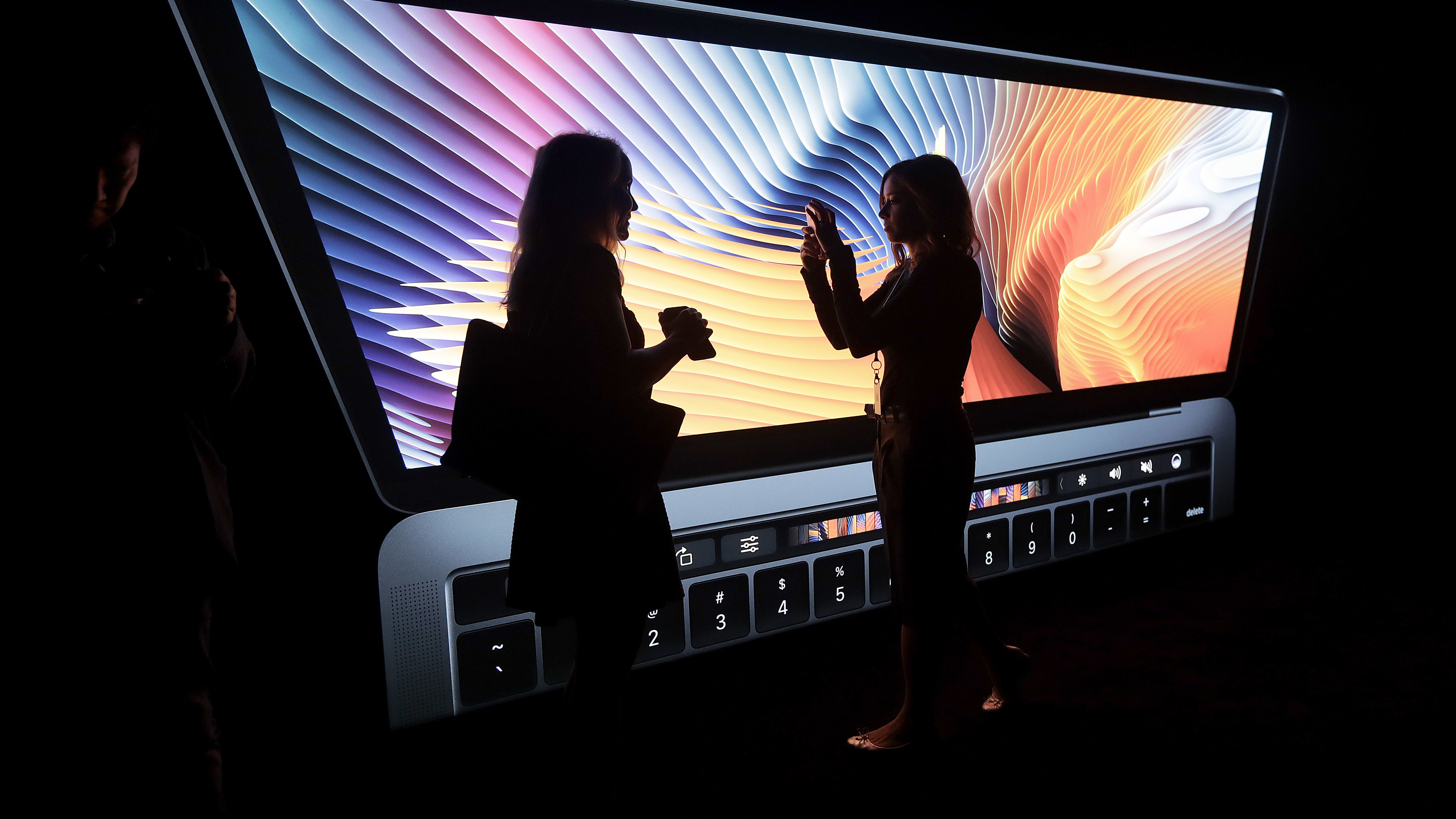 Apple’s big education pitch. The tech giant is holding an event in Chicago as it vies with Google Chromebooks for control of the pivotal schools market. Recent rumblings suggest a new low-end laptop or tablet could be introduced, and perhaps even a new wearable.PC-maker Acer has announced the Chromebook Tab 10, a 9.7-inch tablet with a built-in stylus that starts at $329—the same price as Apple’s current cheapest iPad. It runs on Chrome OS, the same operating system found on laptops including Google’s, and appears to be a direct competitor for the lower-end education market that Apple is reportedly planning on going after with tomorrow’s event. 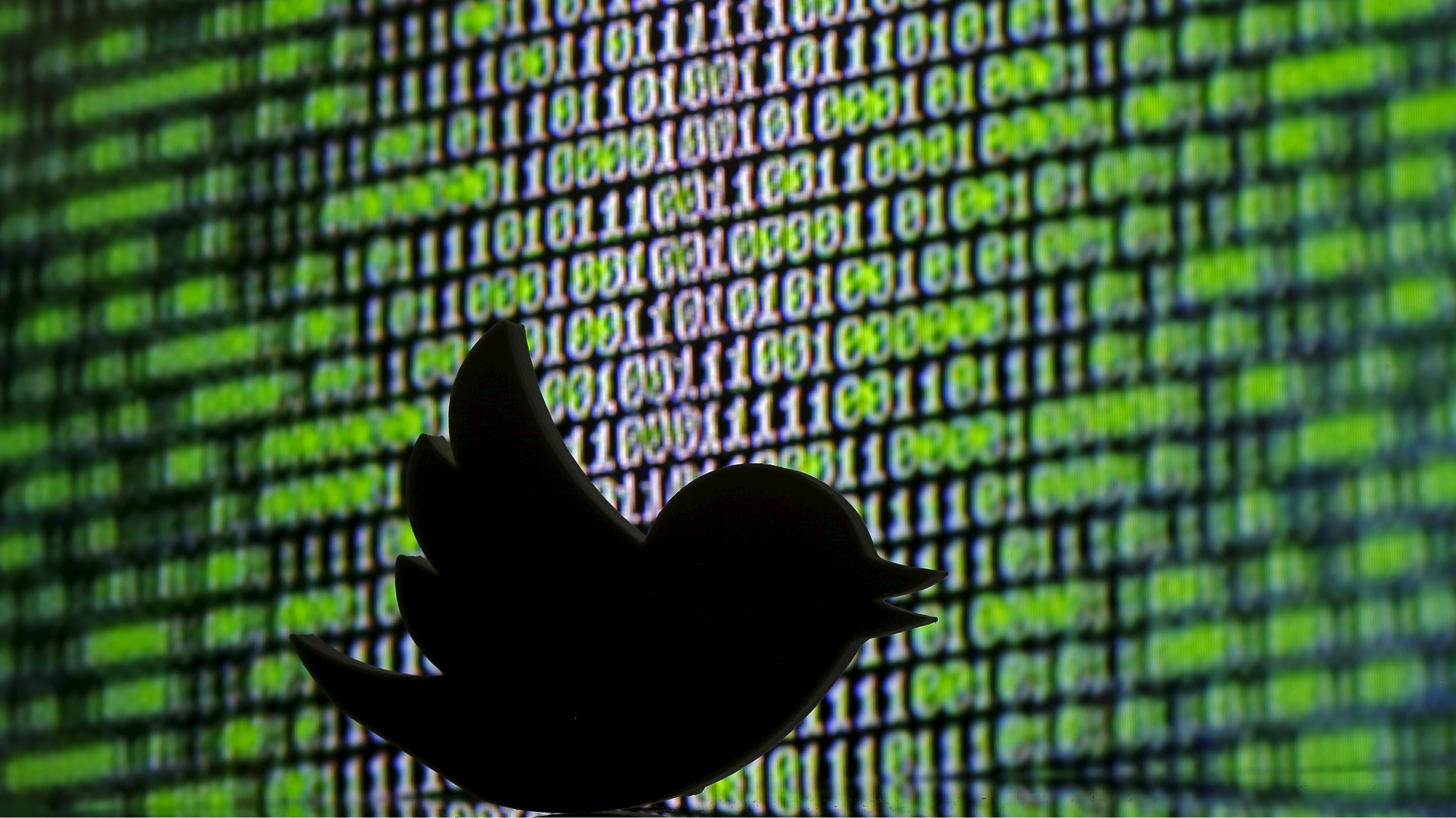 Twitter begins a ban on cryptocurrency advertising. It will prohibit ads for digital token sales, crypto-wallets, and initial coin offerings. With some exceptions, crypto exchanges will also be banned from advertising. The move follows similar ones by Facebook and Google.Financial watchdogs around the world have taken note, issuing warnings to investors about the wide variety of risks investors face. Tech and social media companies, whose policing of content has been under fire more generally, are gradually tightening their restrictions. Snap has also banned ads for ICOs, according to Cheddar. 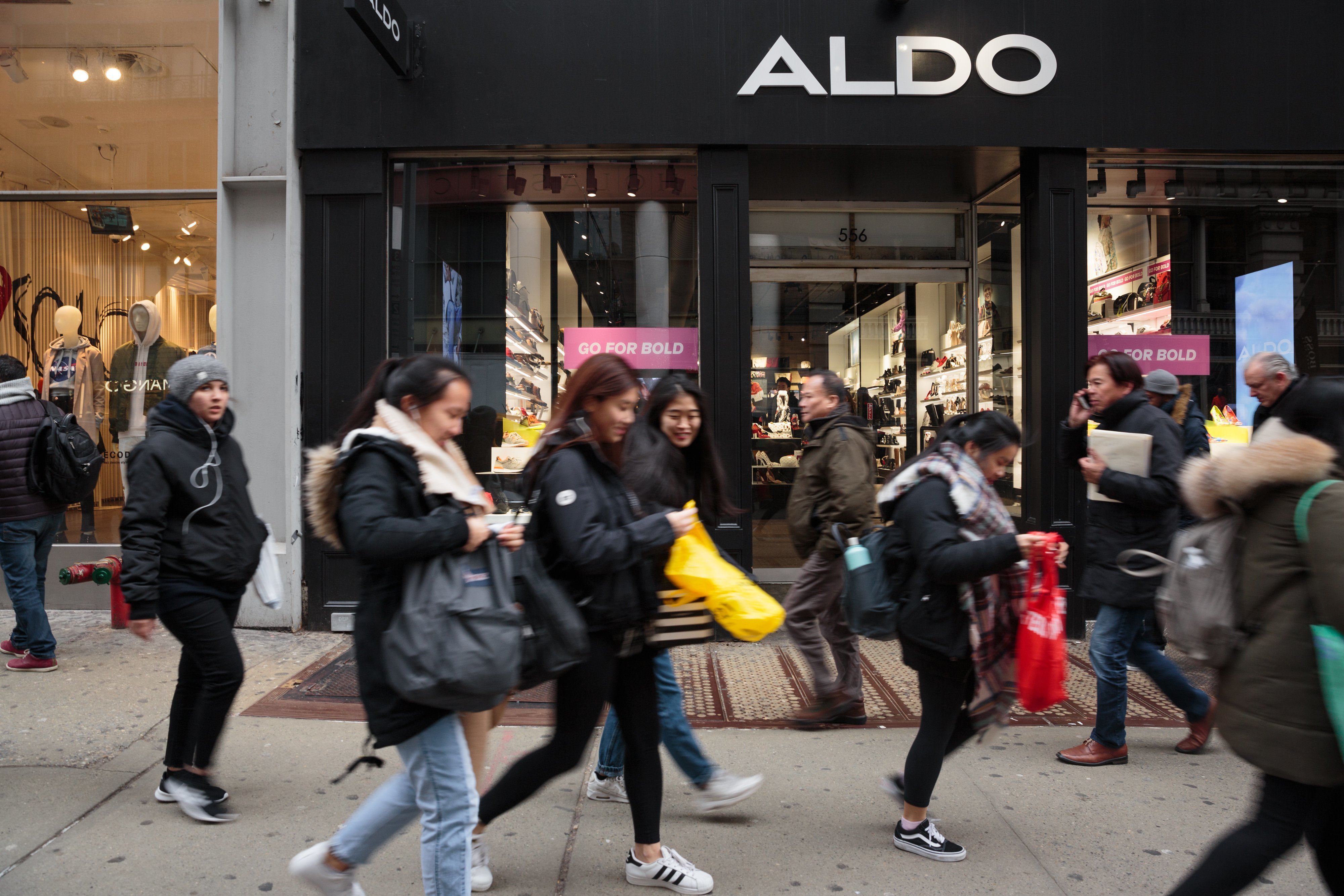 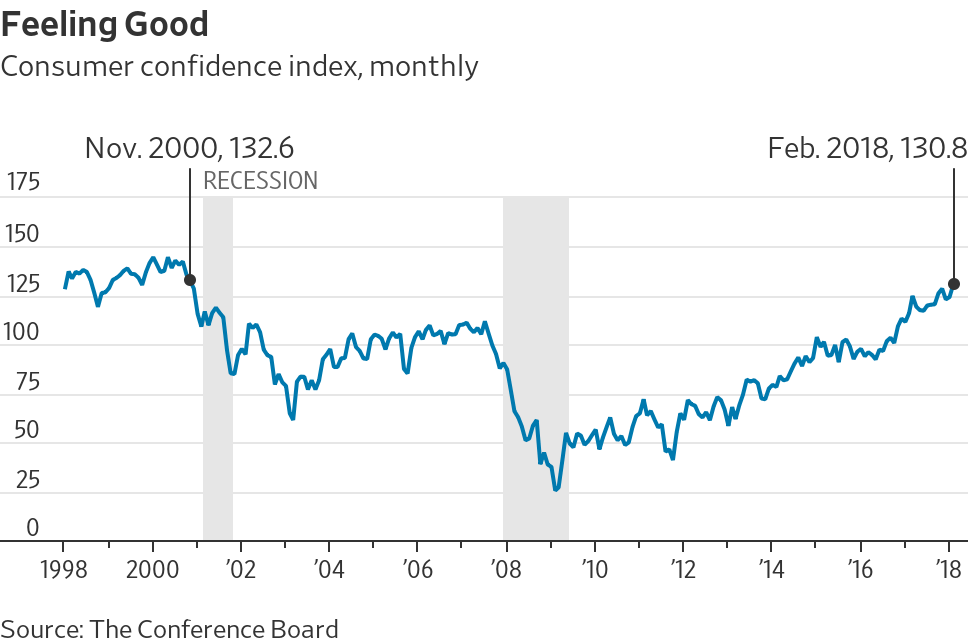 A reading on US consumer confidence. Last month the Conference Board’s widely followed measurement hit its highest level since 2000 (paywall), well above what analysts had anticipated.the market ripped higher after last week saw stocks have their worst week since January 2016. The tech-heavy Nasdaq led gains on Monday, rising 3.2%, or 227 points, while the Dow was up 669 points, or 2.8%, and the benchmark S&P 500 added 2.7%, or 70 points.

Highlights Tuesday morning will include the monthly reading on home prices from S&P/Case-Shiller, which is expected to show home prices rose 0.6% over the prior month in January.

With the unemployment rate low, another increase is expected this month.“A stronger jobs report with another healthy crop of wage gains increases chances that the Fed may add a fourth rate hike before year’s end,” said Beth Ann Bovino, U.S. chief economist at S&P Global Ratings in New York.

Deutsche Bank is looking to replace its CEO. Germany’s largest bank has approached Richard Gnodde, a senior executive of Goldman Sachs, and others to take the place of John Cryan, according to the Times of London. The struggling bank’s sustained slide has contributed to hundreds of job cuts, and more are expected.The cuts are still taking place and could widen to more than 500, one person said. In the past two weeks, the bank trimmed senior and mid-level investment banking positions in locations including London and the U.S., the people said, declining to be identified as the details are private. They include Marc Benton, who oversaw European energy investment banking, and Evans Haji-Touma, who focused on sovereign wealth and public pension funds, according to the people. 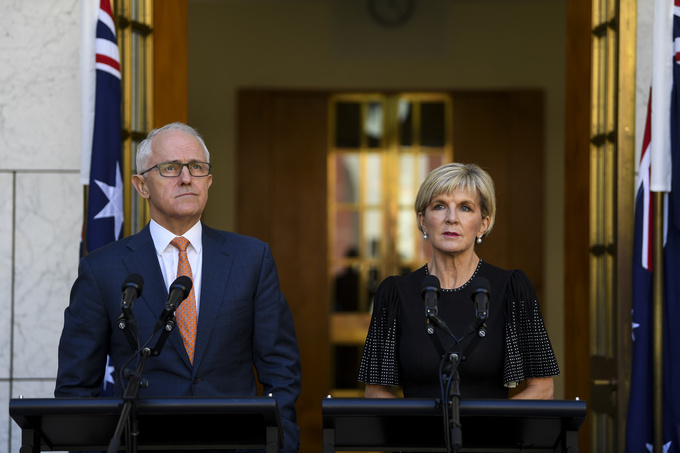 Australia joined others in booting out Russia diplomats. Prime minister Malcolm Turnbull said his government would expel two of them in response to a nerve agent attack on a former Russian spy in Britain. The US expelled 60 diplomats yesterday, and European governments have made similar moves. 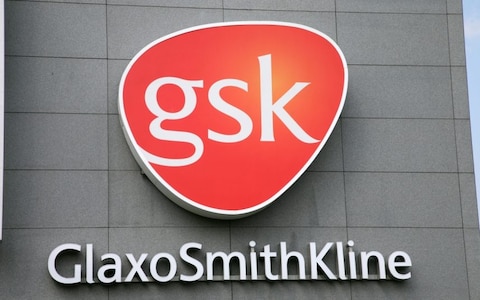 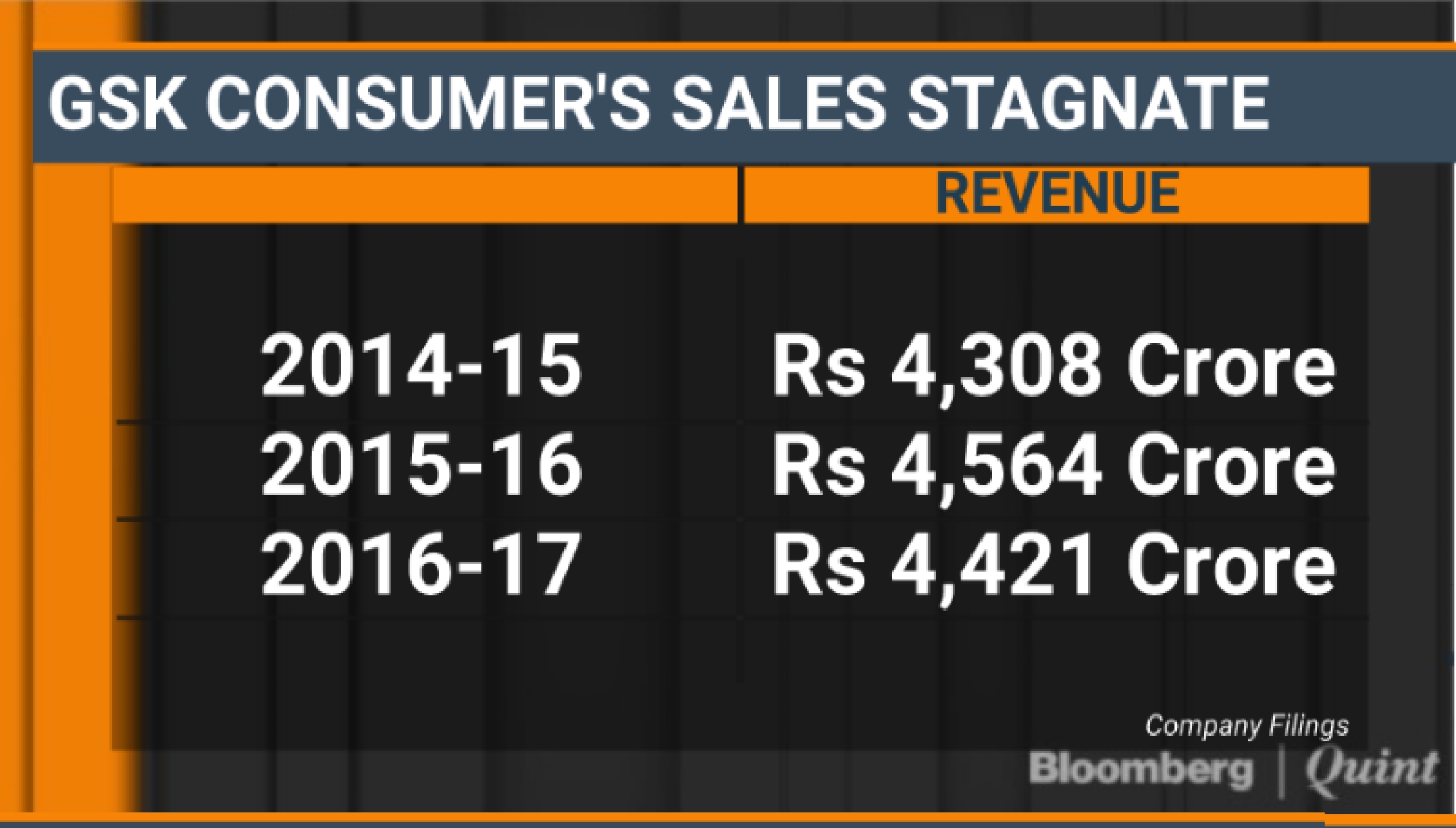 GlaxoSmithKline will buy Novartis’s stake in their consumer health-care joint venture. The UK pharmaceutical giant will spend $13 billion for the 36.5% stake held by the Swiss drugmaker. The agreement gives Novartis’s Vas Narasimhan more firepower for the Swiss giant’s drug business and acquisitions.Glaxo closed up 4.9 percent in London after earlier rising by the most in intraday trading since November 2008, while Novartis rose 2.1 percent in Zurich. The deal came only days after the U.K. company abandoned its pursuit of Pfizer Inc.’s consumer unit. 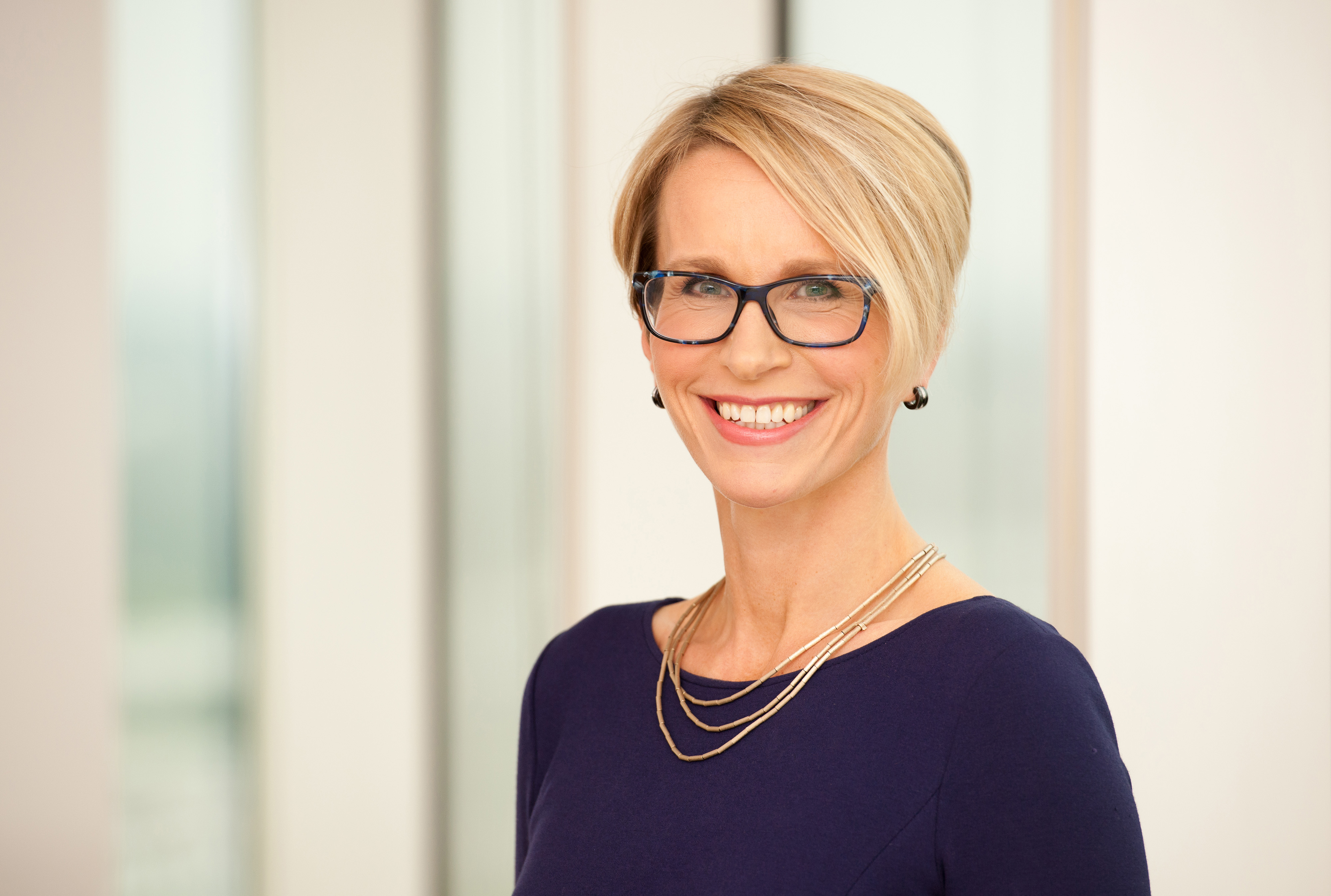 Last week GSK quit the race to buy the consumer health-care business of US-based Pfizer, which wanted about $20 billion.GSK was seen as the frontrunner to buy the assets, after Reckitt Benckiser quit the race late on Wednesday.”While we will continue to review opportunities that may accelerate our strategy, they must meet our criteria for returns and not compromise our priorities for capital allocation,” GSK Chief Executive Emma Walmsley said in a statement.

Nobuhisa Sagawa testified in Japan’s parliament. The former tax agency chief said under oath that prime minister Shinzo Abe’s office wasn’t involved in falsifying documents at the heart of a scandal consuming Japan.”This is an issue only for the finance bureau (of the ministry) … therefore we never reported outside the finance bureau … not to mention reporting to the prime minister’s office,” said Sagawa, 60.He said neither Abe nor his cabinet secretary or finance minister had ordered the alterations. 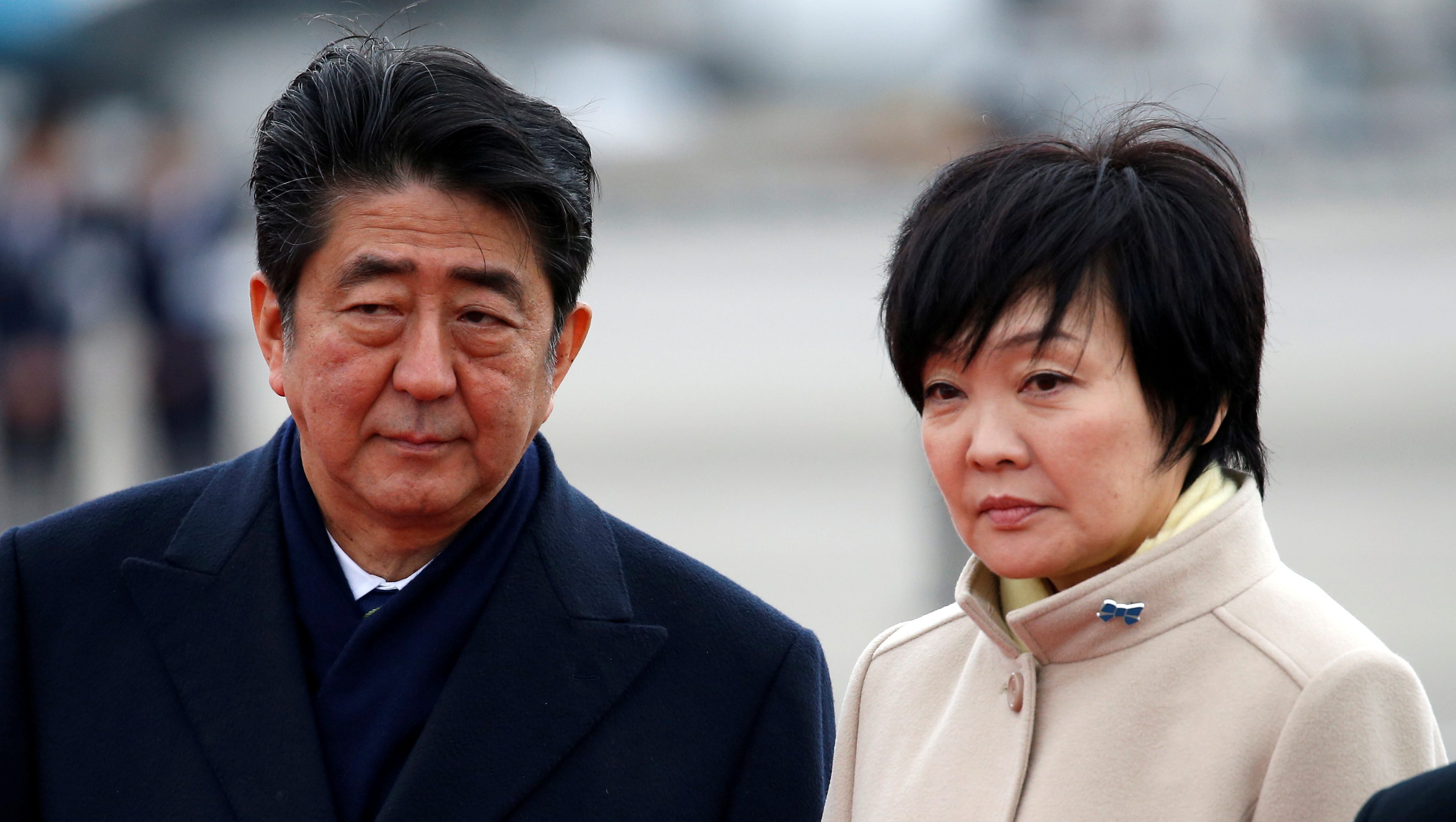 The paperwork relates to the sale of state-owned land at a steep discount to an ultraconservative school operator with ties to Abe’s wife Akie.The row deepened when the finance ministry admitted official records of the sale were altered, with references to Abe, his wife, and Finance Minister Taro Aso scrubbed.But the opposition has continued to press Abe and his cabinet to take responsibility for the scandal, as well as pushing for Akie Abe to testify to parliament — a request the premier’s ruling party has so far rejected.The opposition says Sagawa’s testimony “is only a first step towards revealing the whole truth” about the scandal.

Arizona put the brakes on Uber’s autonomous-vehicle testing.The move followed a fatal crash in Tempe last week in which a self-driving car struck a woman crossing a street. In a letter to Uber CEO Dara Khosrowshahi, governor Doug Ducey said that video footage of the accident raised concerns about the company’s ability to test its technology safely. 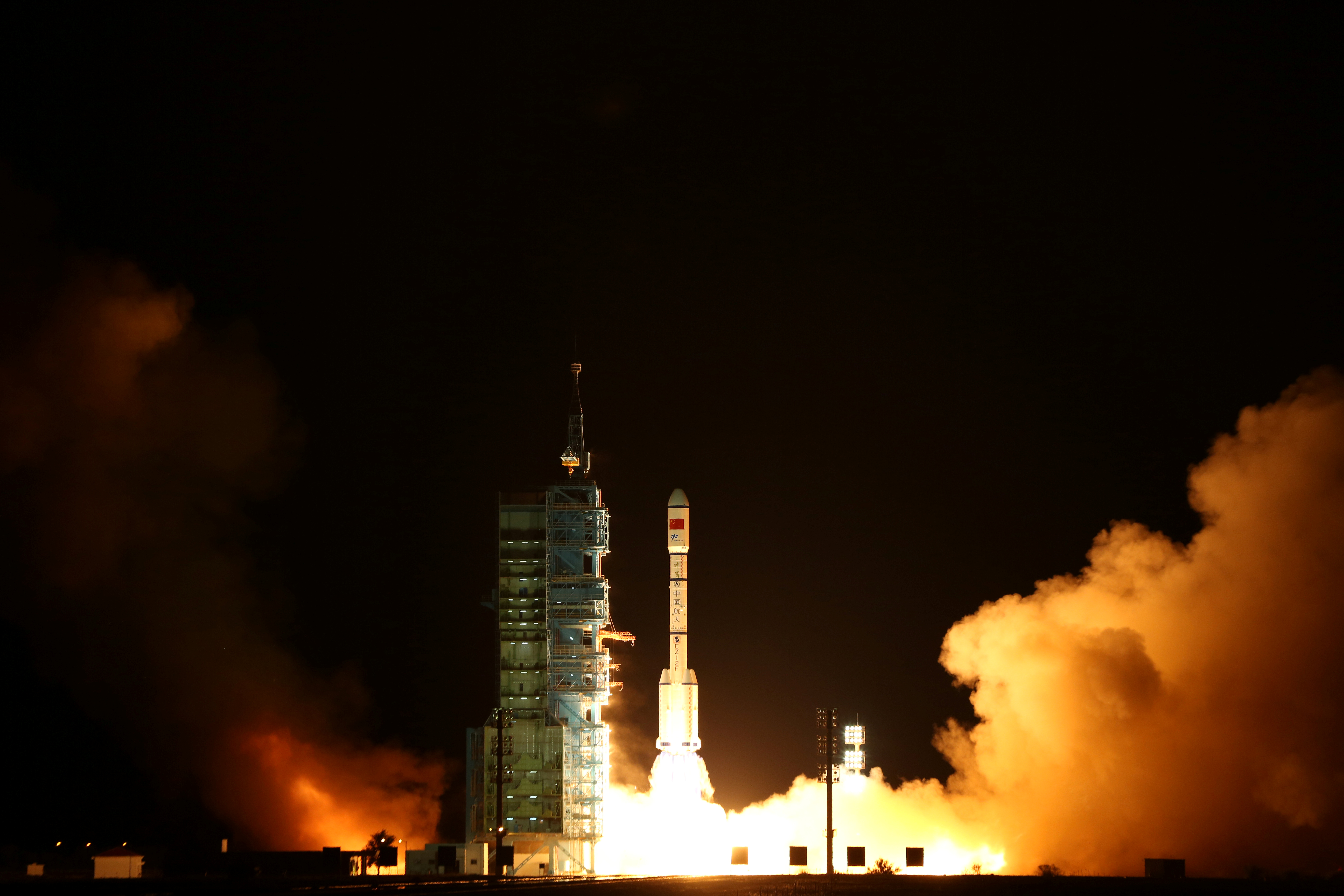 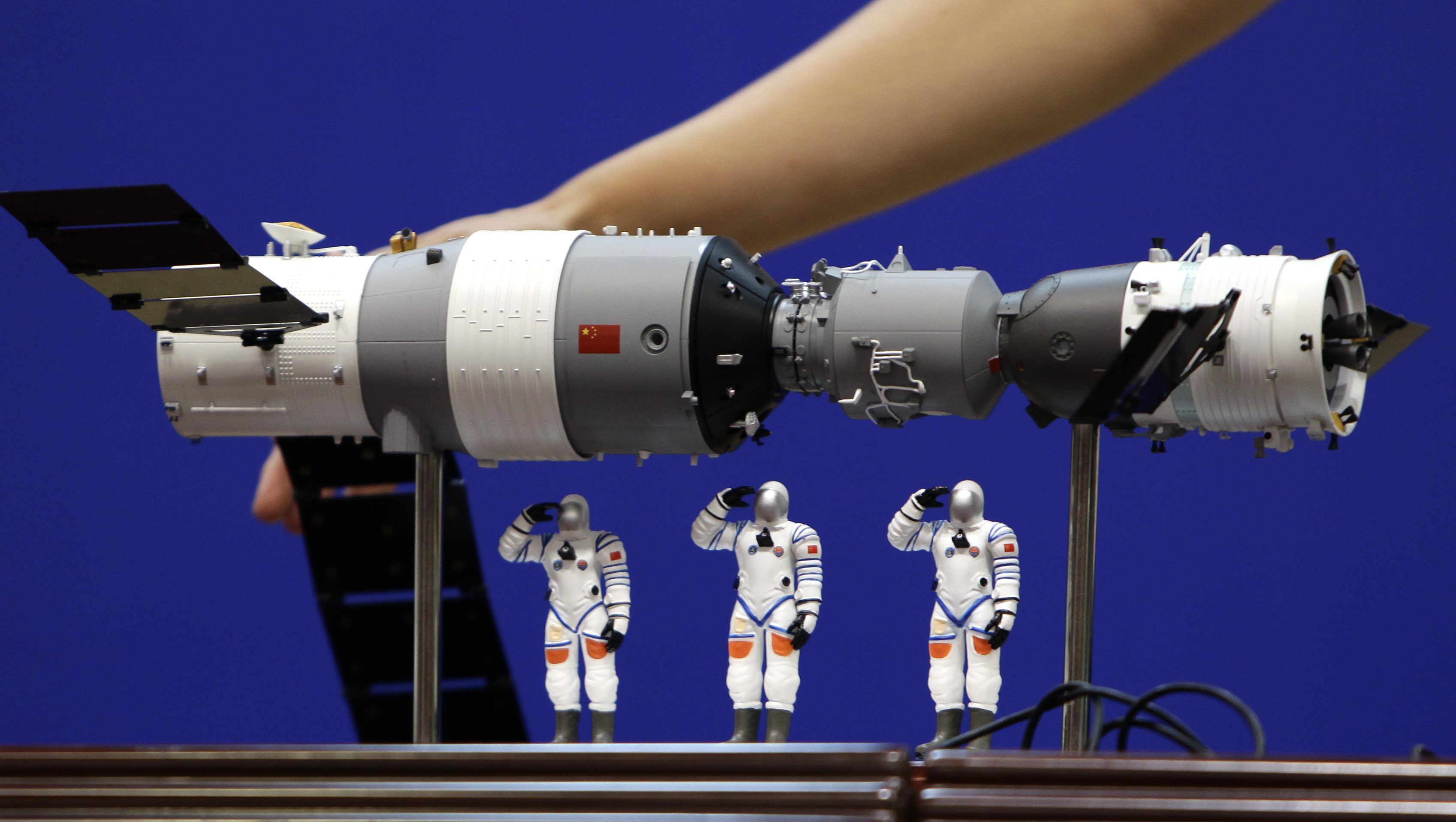 Echo Huang on China’s falling space lab. “China’s first space lab Tiangong-1 is coming back to Earth soon, in pieces. Its re-entry, expected in a matter of days, has been highly anticipated. Launched from the windswept Gobi desert in 2011, the lab represented China’s determination to catch up to—and one day outpace—global powers on every playing field.” 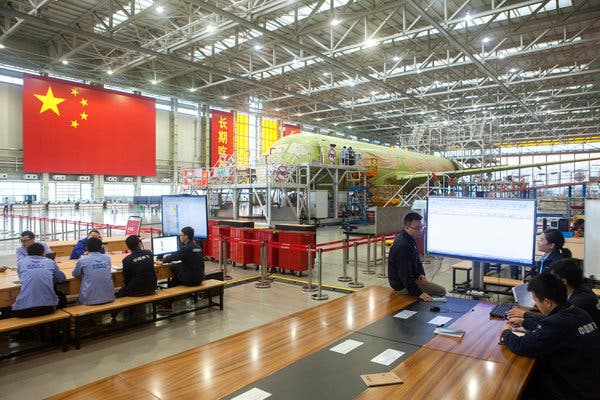 The globalization backlash is a decade too late. New tariffs are punishing developing economies, just as their consumers have become rich enough to spend (paywall).In short, the anti-globalization drive that is spreading across the Western world may be coming at exactly the wrong time — too late to do much to save the working-class jobs that were lost, but early enough to risk damaging the ability of rich nations to sell advanced goods and services to the rapidly expanding global middle class. 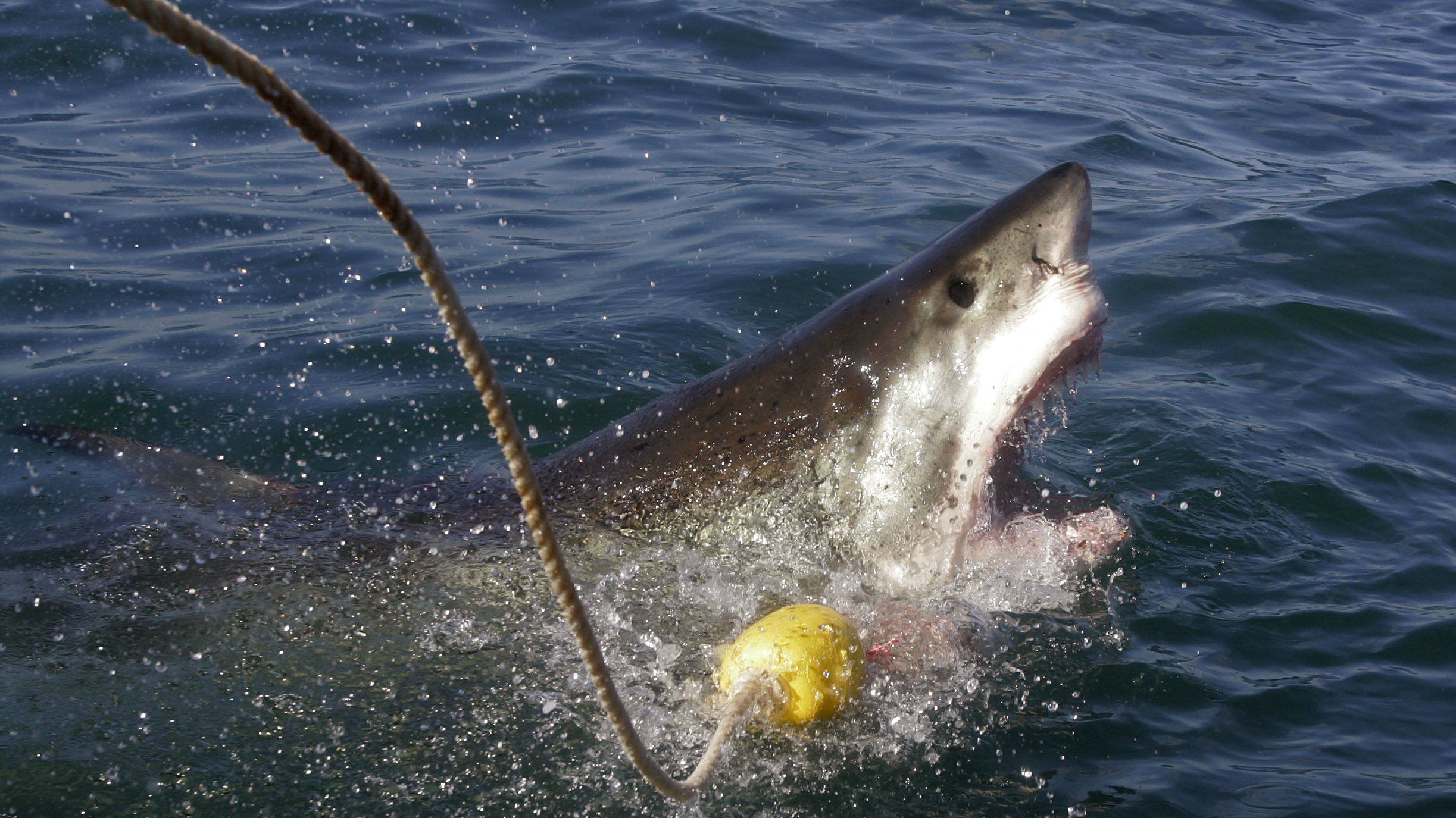 Killing all the sharks would be a terrible idea. Donald Trump’s fears a side, removing apex predators can destroy complex ecosystems.Details of this character quirk come to us courtesy of Stormy Daniels, the adult film star who claims to have had an extramarital affair with the US president. When she met Trump at his private cottage in the back of the Beverly Hills Hotel in 2007, Daniels recounted in her “60 Minutes” interview last night, she found Trump deep in the sway of the Discovery Channel’s “Shark Week.” Trump then compelled Daniels to watch a shark attack documentary with him, she says.

The theme has come up before, notes the Washington Post (paywall). “He is obsessed with sharks. Terrified of sharks,” Daniels informed In Touch Weekly in a 2011 interview. “He was like, ‘I donate to all these charities and I would never donate to any charity that helps sharks. I hope all the sharks die.’” 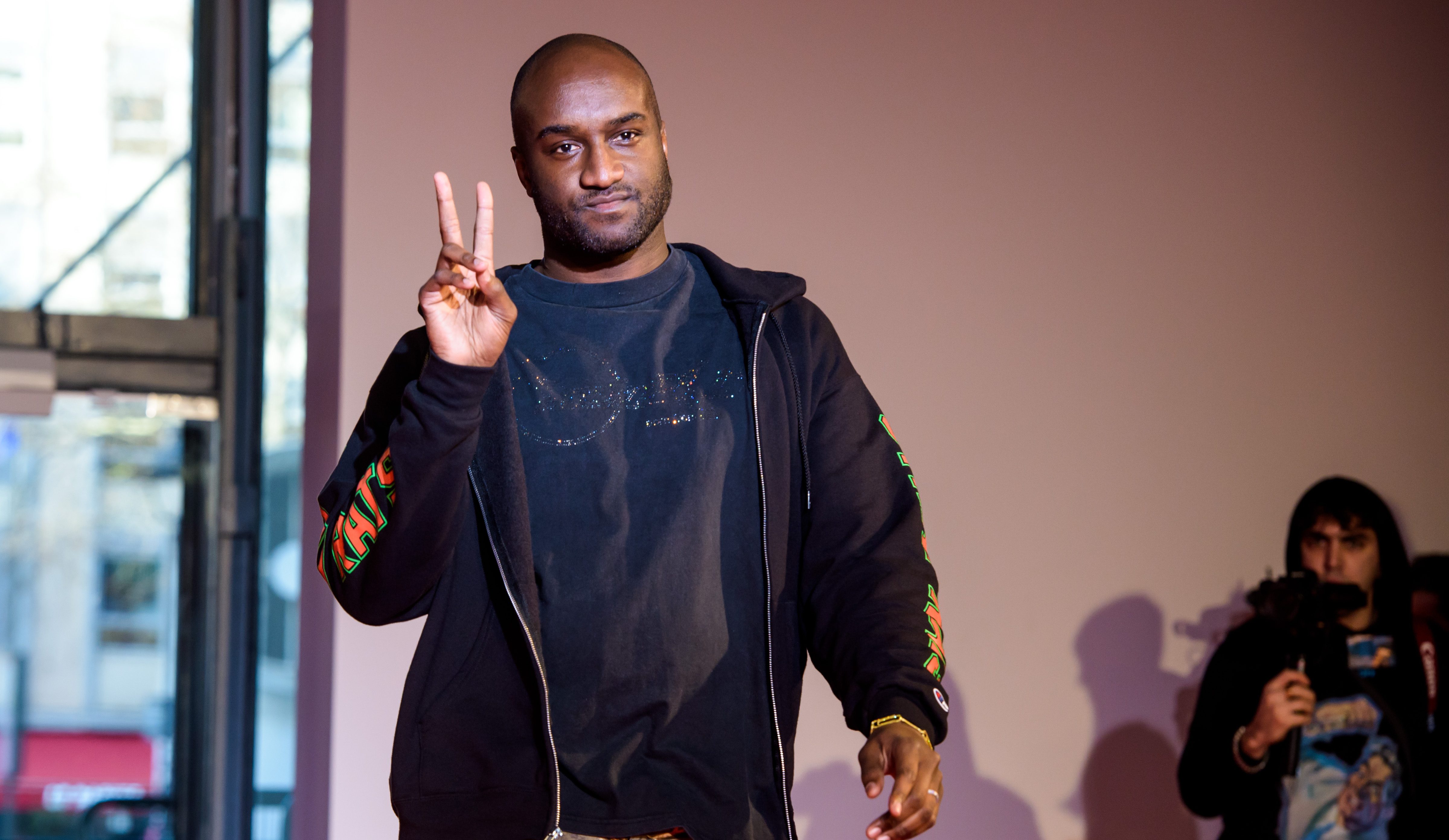 T-shirts and sneakers are the future of high fashion. Louis Vuitton is making that bet with its new menswear designer, best known for streetwear and collaborating with Kanye West.

Anglerfish sex is a nightmare for the male. He ends up fused to his mate for life (paywall) as his body is slowly subsumed into the female’s.

The US army is making sci-fi comic books. They’re designed to educate troops about the dangers of cyberwarfare.“Our mission is to prevent strategic surprise for the army…to really help the army see what’s coming next,” explains Lt. Col. Natalie Vanatta, the ACI’s deputy chief of research.

Amazon has a patent for drones that can detect screaming. The unmanned package delivery helicopters can also detect gestures(paywall), including arms flailing in an “unwelcoming manner.”

You can use a Hooters in Tokyo as your office. Better known for chicken wings and skintight outfits, the restaurant chain is getting into the coworking-space game.With a valuation of $20 billion, WeWork is one of the most baffling startups in the tech world. It’s a glorified landlord with an app and some kegs. It’s pretty damn expensive and the spaces it offers are as generic as they come. But if you’re in Tokyo, Hooters has a better flexible workplace solution.

Dogs like being talked to like babies. Researchers tested “dog talk” and “dog words,” and found that everything else registers as random noise.“Infant-directed speech (IDS) is a special speech register thought to aid language acquisition and improve affiliation in human infants. Although IDS shares some of its properties with dog-directed speech (DDS), it is unclear whether the production of DDS is functional, or simply an overgeneralisation of IDS within Western cultures. One recent study found that, while puppies attended more to a script read with DDS compared with adult-directed speech (ADS), adult dogs displayed no preference. In contrast, using naturalistic speech and a more ecologically valid set-up, we found that adult dogs attended to and showed more affiliative behaviour towards a speaker of DDS than of ADS.