REAL NEWS PRESIDENT TRUMP DOESN’T WANT YOU TO MISS President Trump: America’s Economy Is Back and Roaring and Its People Are Winning – USA Today “We are changing Tax Day for […]

President Trump: America’s Economy Is Back and Roaring and Its People Are Winning

“We are changing Tax Day for Americans across the country,” President Donald J. Trump wrote in an op-ed this week. “This is the last year Americans will fill out outdated, complicated tax forms. In the years ahead, because I signed one of the largest tax cuts in history and the most sweeping tax reform in a generation, many Americans will complete their taxes on a simple, single sheet of paper.”

I made sure the IRS acted quickly to deliver some of the benefits of this tax cut legislation to Americans. As a result, Americans began to see bigger paychecks as early as February. And more savings are on the way. America’s competitive edge has also been restored. We significantly cut our corporate tax rate from one of the highest in the developed world, which means that American workers and businesses are finally able to win again against foreign competitors. We know that when American workers compete on a level playing field, American workers win.

We have already created 3 million jobs since the election — including more than 290,000 new jobs in manufacturing and more than 75,000 in mining and logging jobs. On the announcement of my signing this historic tax reform, companies immediately started announcing thousands of new jobs and making enormous investments in their workers. Unemployment claims have reached a 44-year low. After years of wage stagnation, real wages are rising.

President Trump assured Americans on Wednesday that he would not reconsider joining the Trans-Pacific Partnership unless other countries offered America irresistible terms. “They’re all calling, wanting to make a deal, but we think that’s much better for us,” the President said.

Trump pointed out that the United States had a massive trade deficit with Japan and was not taxing the millions of cars coming into the country. He confirmed that the steel and aluminum tariffs would remain on Japan while negotiations continued.

“We will hopefully in the not too distant future have a very good deal — good for Japan and good for the United States,” he concluded.

This week, Surgeon General Jerome Adams visited the “Prescribed to Death” opioid memorial near the White House with several members of the U.S. Public Health Service’s Commissioned Corps. The Corps often “get mistaken for military officers. But they can rightly accept the praise when strangers say, ‘Thank you for your service’” for their work serving America’s most vulnerable.The Commissioned Corps is one of the seven uniformed services tasked with “protecting, promoting and advancing the health and safety of the nation,” according to the Department of Health and Human Services (HHS). The other services are the Army, Navy, Air Force, Marines, Coast Guard, and the National Oceanic and Atmospheric Administration. 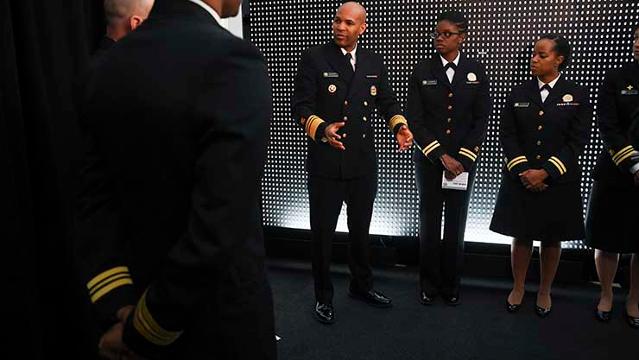 Now, as the opioid epidemic kills more than 100 people a day and surpasses natural disasters, the corps is up against some challenges from within. It was accused of failing to keep up with the “public health needs of the nation” and requiring modernization in President Trump’s proposed 2019 budget. “I don’t like the word modernization, as it’s probably code for cutting them and/or their budget,” says Dana Fields-Johnson, program manager for health equity at the non-profit Prevention Institute. “Why would we talk about that when they have the leadership and expertise necessary to help these communities struggling to cope with the opioid epidemic?”, Jayne O’Donnell writes.

U.S. Department of Homeland Security officials announced Tuesday that they had arrested 225 immigrants in a “targeted sweep in New York City and the surrounding area,” Stephen Dinan reports. Among those taken into custody were criminals with rape, manslaughter, and firearms-related convictions.These sorts of enforcement actions out in the community have drawn fierce pushback from immigrant-rights activists who say they spread fear among immigrants.

“California National Guard service members shall not participate in the construction of any new border barrier.”The agreement he announced Wednesday appeared to be a compromise between Trump and a man he mocks as “Governor Moonbeam.”This deal means the President has “the full participation of every border state in his plan to reinforce federal agents with Guard troops” to protect the southern U.S. border. 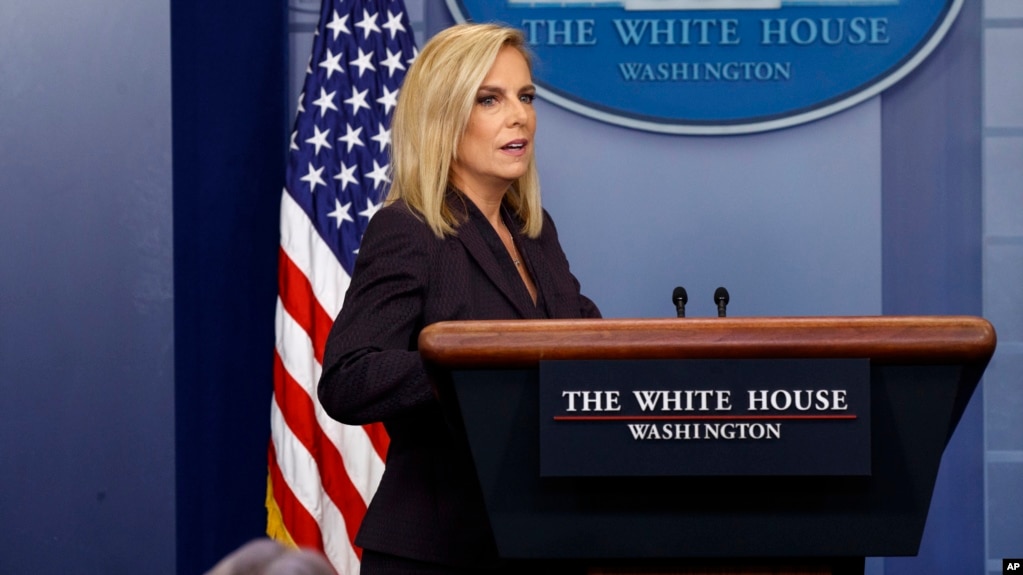 Pentagon and Homeland Security officials have said the Guard troops will not arrest migrants or be required to carry weapons, and will instead spend their time helping by providing transportation, conducting surveillance and offering other forms of support to U.S. Border Patrol agents. But Brown wanted additional limitations on the California Guard troops barring them from assisting with immigration enforcement.The California troops will begin their deployment before the end of the month, his order states.

“The Treasury Department slapped sanctions Wednesday on a Syrian man and his criminal syndicate, blaming them for smuggling ‘hundreds’ of illegal immigrants from Syria and Lebanon into Mexico and then helping them to jump the border into the U.S.,” The Washington Times reports. 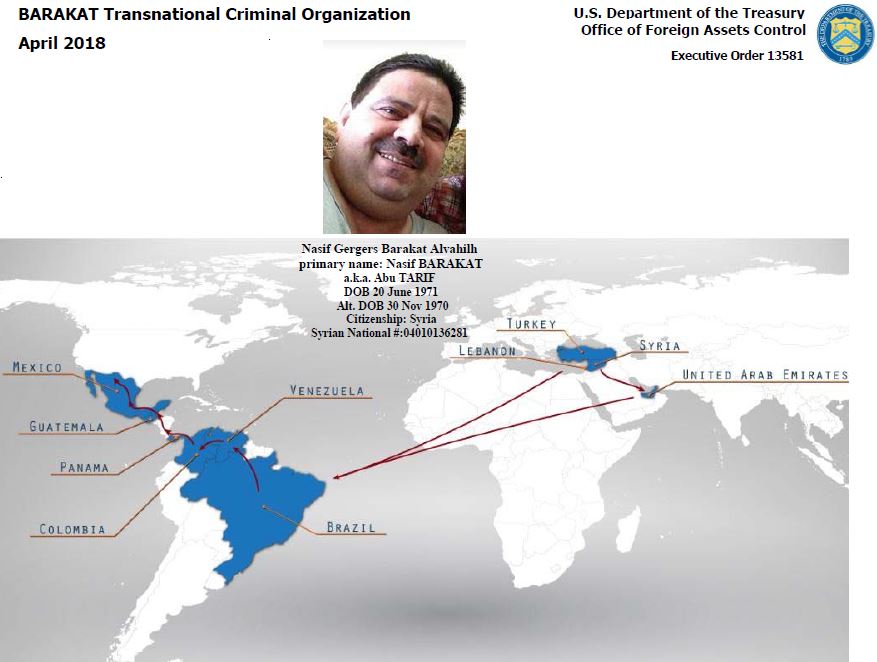 Nasif Barakat and his syndicate, which authorities labeled the Barakat Transnational Criminal Organization, charged about $20,000 to complete the smuggling. The money paid for bribes and for fake documents, including false European passports, to help illegal immigrants hide their identities. The fees also covered transportation from Syria through other Middle Eastern countries to South and Central America, the journey north through Mexico, and final help sneaking into the U.S.Authorities said the sanctions will freeze the syndicate’s assets, which should undermine the smuggling operation.The case has been pursued by the Treasury Department, Homeland Security and the Justice Department.

“The day I was sworn in as attorney general, President Trump sent me an Executive Order to dismantle transnational criminal organizations,” said Attorney General Jeff Sessions. “Many of these organizations use human smugglers to bring people across our borders with little regard to their safety or our national sovereignty.”Mr. Barakat, who also goes by the name Abu Tarif and lists two dates of birth in 1970 and 1971, was based in Homs.The Treasury Department said his network would recruit customers from Syria and Lebanon, send them through either Turkey or the United Arab Emirates, where they would catch flights to Brazil, then make their way north through Venezuela, Colombia and Panama, then up through Central America and Mexico