Five Riders in The Title Fight: The Close Contenders After COTA

Marquez won his sixth straight race in Texas. But that’s not – astonishing skill aside – the headline as we head for Jerez Tags MotoGP, 2018, RED BULL GRAND PRIX OF THE AMERICAS, RAC, Andrea […] 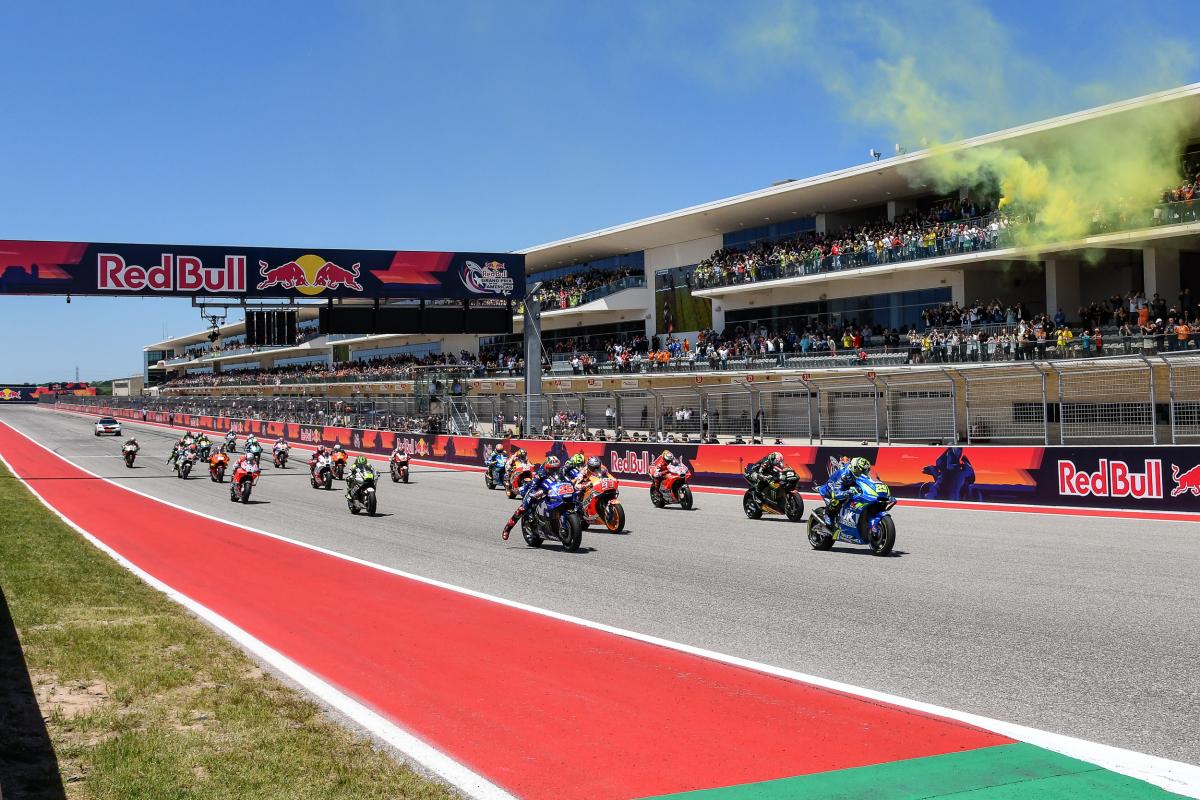 Marquez won his sixth straight race in Texas. But that’s not – astonishing skill aside – the headline as we head for Jerez

Five riders within eight points, that’s how the standings look after the Americas GP. So here’s a few notes and quotes from the men at the top.

Much further ahead by this point in the season than he was last year, ‘DesmoDovi’ is now the new man in the lead. And it may only be a single point he has over 2017 title rival Marc Marquez (Repsol Honda Team), but the Ducati Team man has been consistent as ever – and earned some good points at two tough venues for the ‘Desmosedici’.“We confirmed that we’re still struggling on some tracks like last year, but we’re first in the Championship and in a much better situation than this time last year.”

His sixth successive win at COTA put Marc Marquez back in the upper echelons of the title fight. Just one point behind Dovizioso, the reigning Champion also said, as well as being happy about the win, that he has the “sweet feeling” back on the bike.After an eventful Argentina GP that Marquez left with no points, the rider from Cervera is now right back at the sharp end. But Jerez? Traditionally a more difficult track for the older Marquez brother…

Rewind twelve months and a race and Maverick Viñales (Movistar Yamaha MotoGP) had taken two wins from two and dominated preseason. But after a more difficult latter half of the year for Yamaha and a tougher start to 2018, the 2013 Moto3 Champion hadn’t been on the podium since Australia.

That’s all changed now, with Viñales on fine form in Texas to take second – and positive about development.“We’re coming,” says the Spaniard when asked about the Yamaha turnaround. “We know we improved good things from Argentina and we have a way to go to improve even more.”

Championship leader after his stunning Argentina GP win, Texas saw Cal Crutchlow (LCR Honda Castrol) take a tumble out of the fight for fifth – but the Brit remains close to the top.“We were on the pace throughout the weekend and during the race,” he says, and is already resetting for Jerez. “We just have look ahead and take the positives now.”With a win already, there are a few of those.

Starting from his seventh consecutive front row – yes, you read that right – Johann Zarco (Monster Yamaha Tech 3) was top Independent Team rider in Texas, taking sixth. And he’s had a podium already this season, getting incredibly close to his first win in Argentina.

Jerez is on the horizon now, too – somewhere Zarco attacked with full force in 2017 to come home fourth…as a rookie. This year? “Coming back to Europe could be an advantage.”

The fight isn’t limited to the top five after three races, however. Valentino Rossi (Movistar Yamaha MotoGP) is on 29 points and well within striking distance, Dani Pedrosa (Repsol Honda Team) will be back to full strength soon after a stunning ride to seventh at COTA despite injury, and Jorge Lorenzo (Ducati Team) took his first Ducati podium at Jerez last year.Add in Andrea Iannone (Team Suzuki Ecstar) and teammate Alex Rins, and we’re sure to get some fireworks as the battle heads back to Europe.