Crutchlow Remains Close in The Standings Despite COTA Crash

Cal Crutchlow (LCR Honda Castrol) lost the World Championship lead at the Red Bull Grand Prix of the Americas after a fall on lap seven of Sunday’s race while battling with Johann Zarco (Monster Yamaha Tech 3), Andrea Dovizioso (Ducati Team) and Dani Pedrosa (Repsol Honda Team) meant he crossed the line 19th. However, despite leaving Austin with no points, the Brit is still only eight points off the top of the Championship standings as the paddock leaves America to go on a European tour. 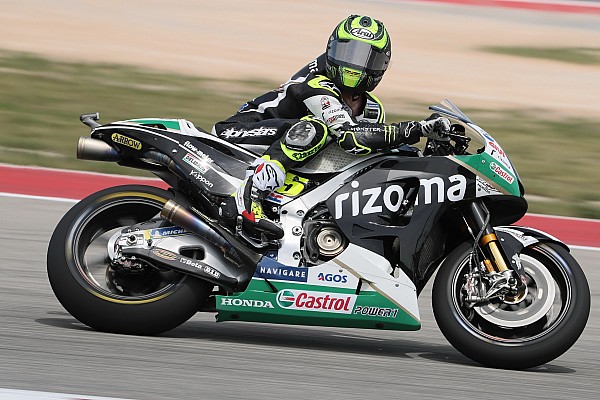 Speaking after the race, Crutchlow was understandably disappointed after a promising weekend. “Of course, today we’re very unsatisfied with the result. Going into the race we were leading the championship and coming out we’re now fourth after I crashed on lap seven of the race. It was a disappointing end to what was a good weekend and a great pace we set, I’m sorry to the team. I made a mistake in the last corner, I didn’t have a great feeling with the brake leaver this weekend and I wanted to try and make a good run on Johann that lap and get past him to the podium fight”.

The number 35 had been in and around the top five throughout the weekend, and it looked like the possibility of picking up a decent haul of points was likely. “I definitely had the pace, but I made a mistake in the last corner and went down. We now have to look forward as a team to the next race in Jerez, but I want to thank my crew for their hard work as we were on the pace throughout the weekend and during the race. We just look ahead and take the positives now.”

This crash shouldn’t take any of the shine away from Crutchlow’s strong start to 2018, however, with his win in Argentina a sure sign of the speed he has this year. Qatar was also a very good round for the 32-year-old, finishing fourth on a track he’s finished no higher than sixth at in the previous four years was an indicator of the potential he and his LCR Honda team have in this year.

So, can Crutchlow bounce back at the historic Circuito de Jerez to keep himself within touching distance of the World Championship lead? Find out in less than a fortnight’s time!