Senate Must Pass Mission Act to Give Veterans Care They Deserve

“The House has overwhelmingly passed the Mission Act to give our veterans real choice over their health care by allowing them to get care outside the Veterans Affairs (VA) system when they need it,” Bradley Blakeman writes in The Hill. “It is now up to the Senate to send this bill to President Trump to sign by Memorial Day.” The President has made the Mission Act a priority, calling on the Senate to put veterans care above politics.

In the words of House Veterans Affairs Committee Chairman Rep. Phil Roe (R-Tenn.), “This is a once in a lifetime, transformational bill.” Veterans need the Mission Act to ensure they have access to the quality and timely care they were promised when they put on the uniform.

Acting Veterans Affairs Secretary Robert Wilkie has urged quick passage of the bill to avoid running out of funding for the existing Choice Program in the next two weeks. The bill will transform the VA into a “modern, high performing, and integrated health care system that will ensure our veterans receive the best health care possible from the VA, whether delivered in the VA’s own facilities or in the community,” Wilkie said.

The legislation has the support of nearly 40 veterans service organizations. Fifth, the Mission Act has bipartisan support, passing the House by a vote of 347-70. One of the dissenters who voted down the bill while it was in committee was Rep. Tim Walz (D-Minn.), who has constantly stood in the way of reforming the VA system 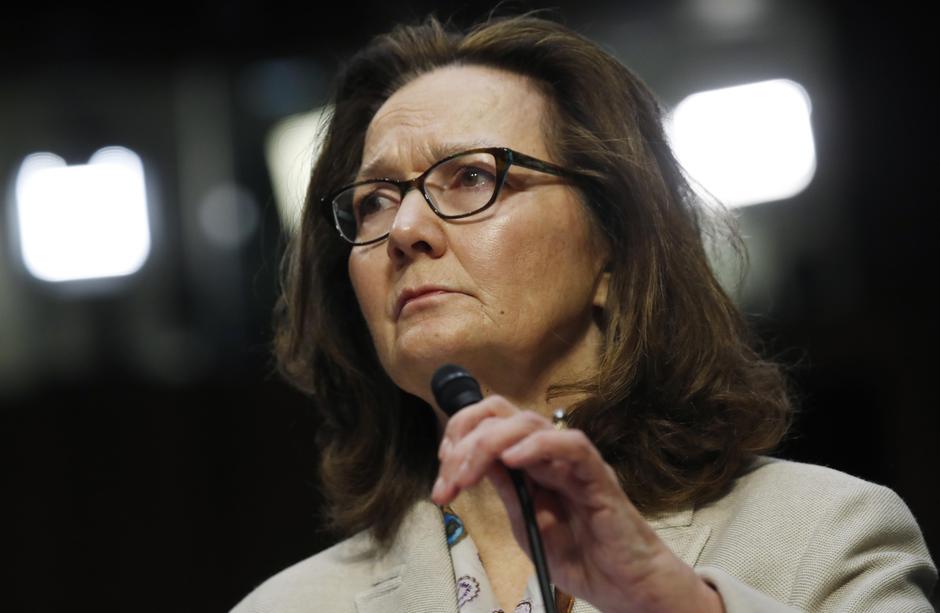 Reuters reports that Gina Haspel has been confirmed as the next Director of the Central Intelligence Agnecy. “Haspel, who will be the first woman director of the CIA, is a 33-year veteran at the agency currently serving as its acting director,” The U.S. Senate confirmed Gina Haspel on Thursday to be director of the CIA, ending a bruising confirmation fight centered on her ties to the spy agency’s past use of waterboarding and other brutal interrogation techniques. The tally was 54-45 in favor of her nomination in the 100-member chamber, where a simple majority was required for confirmation.Six Democrats joined President Donald Trump’s fellow Republicans in voting for Haspel, and two Republicans voted no.

Haspel was approved despite stiff opposition over her links to the CIA’s use of harsh interrogation methods, including waterboarding, a type of simulated drowning widely considered torture, in the years after the Sept. 11 attacks.An undercover officer for most of her CIA career, Haspel in 2002 served as CIA station chief in Thailand, where the agency conducted interrogations at a secret prison using methods including waterboarding. Three years later, she drafted a cable ordering the destruction of videotapes of those interrogations,Patricia Zengerle writes.

How the Media Just Created a Powerful New Lie About Trump 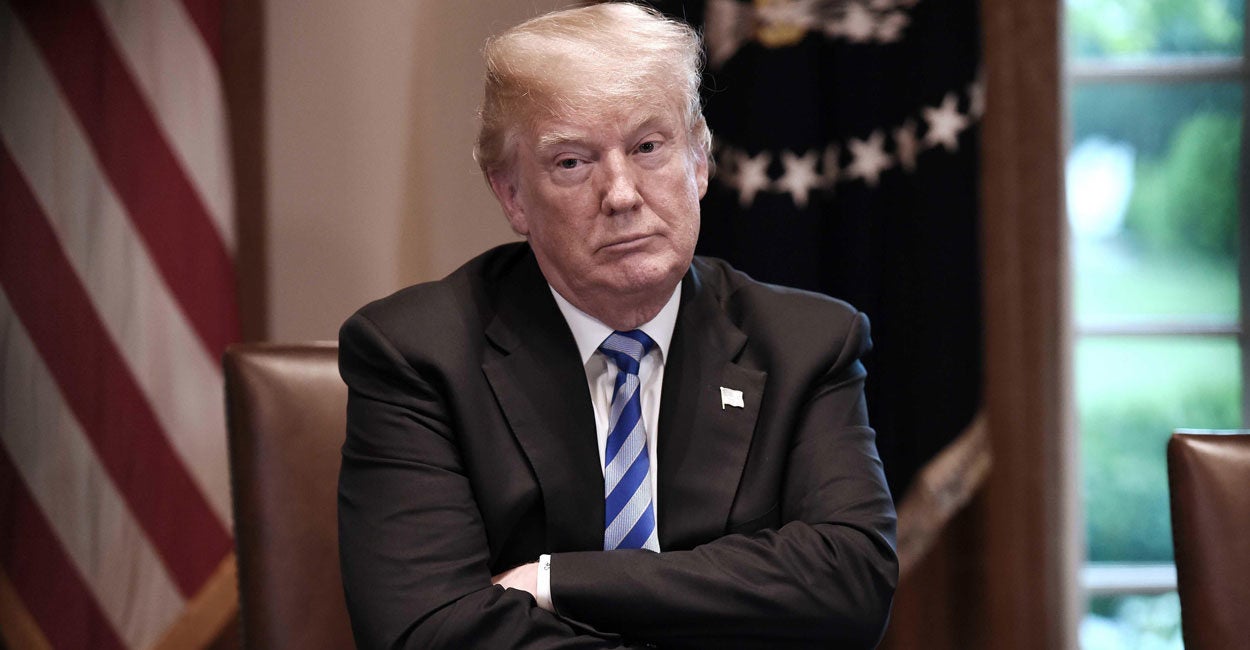 In The Daily Signal, Katrina Trinko breaks down how the media has created “a powerful new lie” about President Trump. “Between the tweets and the headlines, we have six of the biggest news outlets in the United States promoting the narrative that Trump called illegal immigrants ‘animals’ during a roundtable Wednesday,” Trinko writes. “There’s just one catch: The president was referring to MS-13 gang members.”

If you look at the full transcript from the White House, here’s what was said:

Fresno County Sheriff Margaret Mims: Thank you. There could be an MS-13 member I know about—if they don’t reach a certain threshold, I cannot tell ICE about it.

Trump: We have people coming into the country, or trying to come in—and we’re stopping a lot of them—but we’re taking people out of the country. You wouldn’t believe how bad these people are. These aren’t people. These are animals. And we’re taking them out of the country at a level and at a rate that’s never happened before. And because of the weak laws, they come in fast, we get them, we release them, we get them again, we bring them out. It’s crazy.

So, if you read the full transcript, it’s an extremely reasonable assumption Trump was referring to members of the notorious gang MS-13 as “animals,” not all—or many—illegal immigrants.

Yet, none of these headlines or tweets note that the “some” illegal immigrants are actually gang members.Personally, I’d rather never call another human being, no matter how reprehensible his actions, an “animal.”

US satisfaction level at highest point since before 2016 election

“Americans today are the most satisfied with the way things are going in the country as they have been since right before the 2016 election, according to a Gallup poll released Thursday,” Morgan Gstalter reports for The Hill. Gstalter cites North Korea’s announcement that it “would dismantle its nuclear testing site and engage in diplomatic talks” as a potential factor.

Thirty-seven percent of Americans said they were satisfied in May after North Korea announced it would dismantle its nuclear testing site and engage in diplomatic talks with President Trump. That number is up from 29 percent last month.The same 37 percent satisfaction level was measured right before the November 2016 election, and 36 percent were satisfied right after President Trump’s State of the Union address in February.

Gallup has not registered a higher level of satisfaction since September 2005, when it stood at 39 percent.In the new survey, satisfaction among Republicans rose from 57 percent to 63 percent, as well as from 26 percent to 35 percent among independents.

Democrats’ satisfaction levels remained essentially unchanged since the last poll, with only 14 percent saying they are satisfied with the way things were going, according to Gallup.The current 37 percent satisfaction level matches the historical average, which dates back to 1979, when the group first began using the question.

The new Gallup poll, conduced from May 1-10, surveyed 1,024 adults. The margin of error is 4 percentage points. 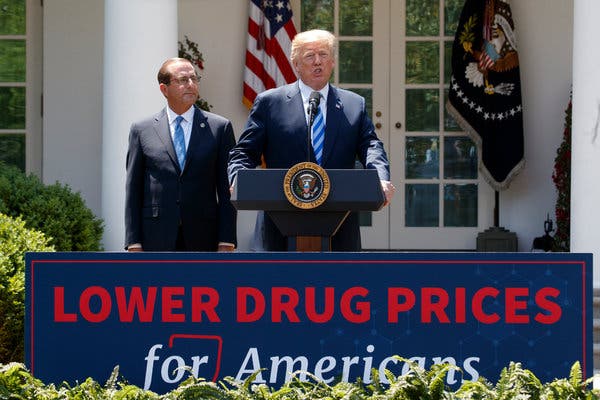 The Washington Examiner’s editorial board writes that “President Trump, like former President Barack Obama, campaigned on the promise of taking on high drug prices. Trump, unlike Obama, is actually trying to keep that promise.” The editors add that the Administration has “in recent days rolled out dozens of policies” to accomplish this goal.

The White House and the Department of Health and Human Services in recent days rolled out dozens of policies, which, if enacted, will lower the market prices we pay for drugs, and could also lead to more innovation in the long run.

The predictable criticism of Trump’s plan, from Democrats and their friends in the drug industry and news media, either misunderstands or misrepresents the policies under debate.Everyone agrees that drug prices in the U.S. are too high. One reason is the noncompetitive nature of the complex channels traveled by pharmaceuticals and their financing from research laboratory to patient.