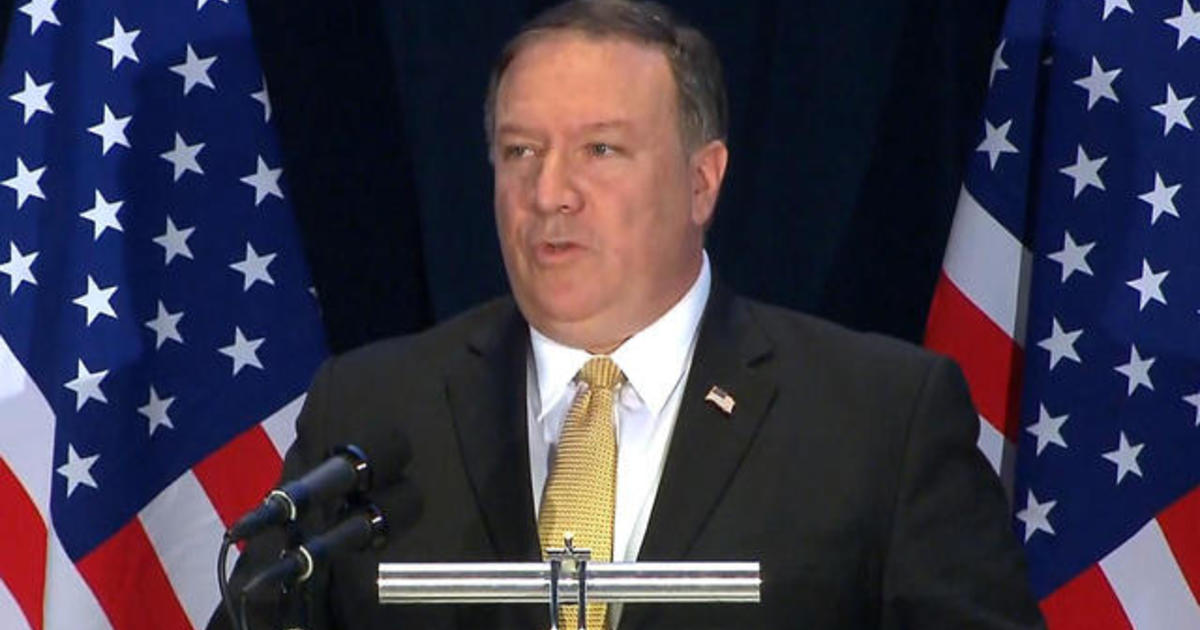 “Secretary of State Mike Pompeo briefed reporters Monday morning in Singapore to give an update on preparations for President Donald Trump’s historic summit with North Korean leader Kim Jong Un. Pompeo said he was ‘very optimistic’ that the two leaders would be able to lay the ‘framework’ of a plan to denuclearize the Korean Peninsula,” CBS News reports.

Pompeo, addressing journalists on Monday, first sought to reject a story in The New York Times suggesting the U.S. negotiating team “lacks the technical expertise” to conduct the negotiations. He said the U.S. team has “dozens” of experts and has spent months poring over the details in an effort to put Mr. Trump “in the right place” ahead of the summit.

He reiterated that the “complete and verifiable denuclearization of the Korean Peninsula is the only outcome the United States will accept.”

“President Trump is going into this meeting with confidence, a positive attitude, and eagerness for real progress,” Secretary Pompeo said. “He has made it clear that if Kim Jong Un denuclearizes there is a brighter future for North Korea. Tomorrow, we will get our clearest indication to date of whether Kim Jong Un truly shares this vision.”

He added that President Trump, “recognizes Chairman Kim’s desire for security,” and his interest in economic development. Pompeo said Trump was willing to help North Korea achieve both objectives, if it “makes the right choices.”

Opioids are public health crisis of our time

“Our nation is facing a severe epidemic: opioid abuse and overdose. This is the public health crisis of our time,” writes Robert R. Redfield, Director for the Centers for Disease Control and Prevention, in The Atlanta Journal-Constitution.

Since 2000, this epidemic has claimed more than 300,000 lives and devastated even more families. Now it threatens to overwhelm communities in our country.

One hundred fifteen Americans die every day from prescription opioids and illicit opioids like heroin and fentanyl. In 2016, drug overdoses killed more than 63,000 Americans – more than 42,000 of these deaths involved opioids – and more recent data showed non-fatal overdoses treated in emergency departments increased by 30 percent from the prior year. Opioid abuse, addiction and overdoses do not discriminate either. The opioid epidemic in our country does not have any geographic, racial, or socioeconomic boundaries.

We must not become numb to these numbers. CDC recently documented a decrease in life expectancy for Americans – for the second year in a row. Each one of these deaths represents the premature end of a precious life worth living and too often cut down in its prime. This is all so heartbreaking, and for me, unfortunately familiar.

“As I begin my work as Director of the [CDC], it is time once again to direct our collective national scientific focus and energies to overcome this new deadly public health crisis.” 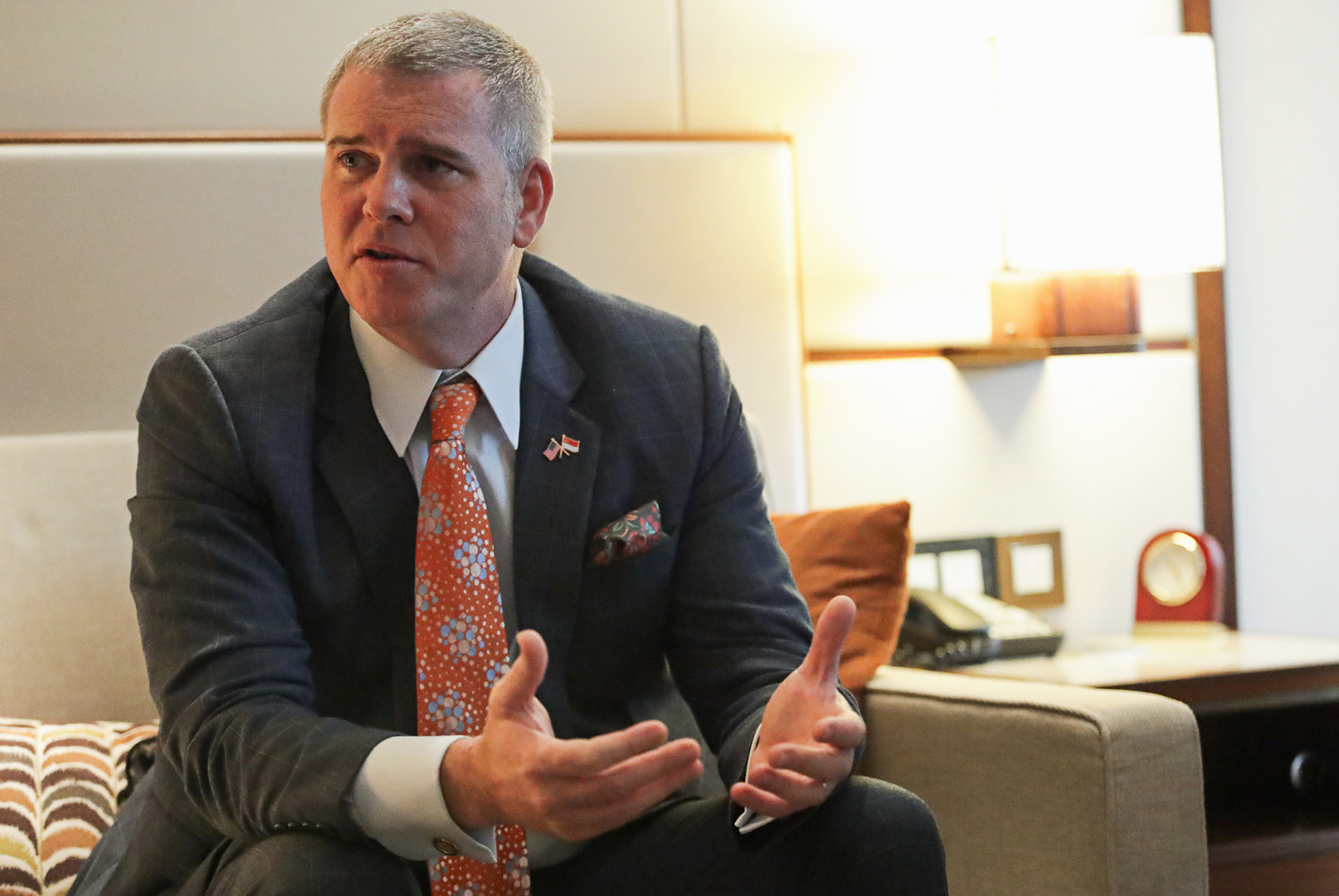 Former President Obama’s ambassador to Singapore, Kirk Wagar, said today that he “supports the Trump administration’s historic talks with North Korea,” Anna Giaritelli reports for the Washington Examiner. Ambassador Wagar says that the summit between President Trump and the North Korean leader is “a very good thing” and will be a “unique moment.”between Kim and Trump because it comes after decades of hostility between both nations,. However, the diplomat stopped short of calling it a “momentous event” because he thinks it is a small step that paves the way toward a relationship, but will not dramatically change things overnight.

Wagar said a previous U.S. president would have been able to meet one-on-one with Kim, but had not done so because it would have legitimized his regime.In recent years, the U.S. had only talked with North Korea when Japan, South Korea, China, and Russia also attended the meeting.

In The Washington Times, Stephen Moore writes that “the left is quickly running out of excuses for why President Trump’s economic policies have caused a boom — rather than the bust they predicted with such great certainty.”

Last year, when the U.S. economy began to percolate with faster growth, the media and other Trump haters argued that this simply reflected a pick up in worldwide growth. Mr. Trump was riding the wave of what economists were calling “synchronized growth.”

But now what do they have to say? The latest indicators are that as a front page in The Wall Street Journal reported on June 4: “Global Growth Loses Steam.” Japan’s growth rate is estimated to have slowed to slightly negative in the first quarter. The European Union (EU) was at an anemic 0.4 percent. Global growth is expected to be much slower in 2018 than in 2017, according to the World Bank and the International Monetary Fund (IMF).

“Our national debt is a national crisis and we finally have a president who is not afraid to make decisions that both preserve the integrity of these programs while cutting out waste, fraud and abuse,” Corey Lewandowski argues in The Hill.

“President Trump will do the right thing and move forward with ideas that make sense for the American people.”He has created jobs and will protect those who fall through the economic cracks created by the weak leaders of the past. Reforming, not cutting, these programs is the way to make sure that people relying on entitlements don’t lose coverage because the federal government has run out of cash.