Round 9 of the season sees the intermediate class head to Germany – home turf for Schrötter and the Dynavolt Intact GP team Tags Moto2, 2018, PRAMAC MOTORRAD GRAND PRIX DEUTSCHLAND The Moto2™ […] 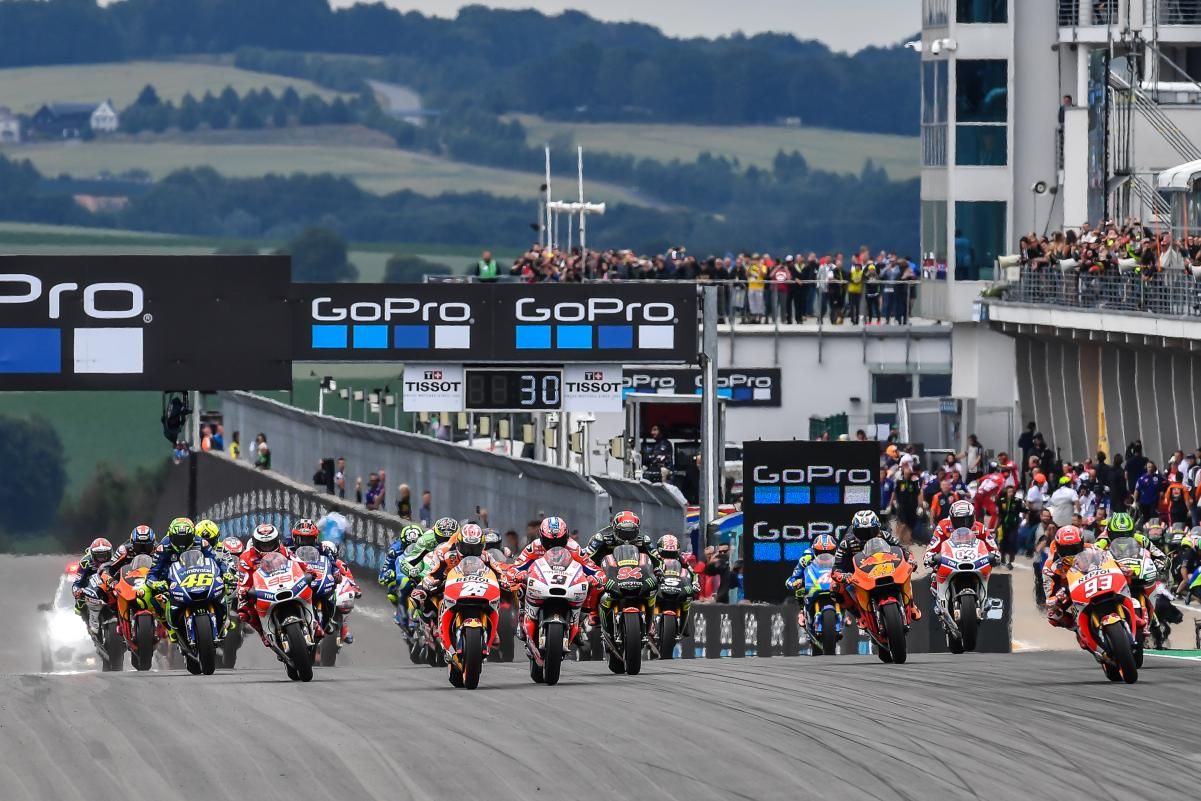 Next up on the calendar is a short trip over the border for the Pramac Motorrad Grand Prix Deutschland at the Sachsenring – a homecoming for Marcel Schrötter (Dynavolt Intact GP). Fresh off the back of a new two-year contract extension with the team, Schrötter comes into his home GP in a rich vein of form having secured three P4 finishes in the last four rounds – Le Mans, Barcelona and Assen – and qualified on the front row in the previous three. Furthermore, the 25-year-old has already accumulated 13 more points this season (63) than he tallied up in the whole of last season (50) – but his agonising wait for a maiden Grand Prix podium goes on. Can that change with the added boost from his home crowd?

Two riders who will be out to spoil the German’s party will be Assen winner Bagnaia and his Championship rival Oliveira. The Italian was in sublime form in the Netherlands, topping every session and leading every lap of Sunday’s race to walk away with that all important 16-point standings lead. Moreover, Bagnaia was third at the Sachsenring in 2017, his career best result at the venue.

Oliveira’s Dutch GP wasn’t as plain sailing, with the KTM’s qualifying struggles continuing after starting from P17 for the second race in a row. A P6 was the best the 10-time Grand Prix race winner could manage in the race, but he did show his Sunday pace is a real threat. The 23-year-old was second in Germany last year, too – beating Bagnaia by 0.5 seconds. Could we be treated to a Sachsenring showdown between the leading title protagonists?

Hopefully, but the upturn in Fabio Quartararo’s (MB Conveyors – Speed Up Racing) form suggests he’ll be in the hunt with the two this weekend. The Frenchman backed up his incredible Catalan GP victory with a stunning second at Assen and looks set to become a threat at every round between now and the end of the season – is a third consecutive podium on the cards? Elsewhere, Alex Marquez (EG 0,0 Marc VDS) recorded his fifth rostrum of the season at the Dutch GP to consolidate his P3 in the Championship, 34 points behind Bagnaia and 18 off Oliveira, and Lorenzo Baldassarri’s (Pons HP40) desperately cruel rear tyre puncture while on for a P2 at Assen is something he’ll use as extra motivation in Germany. After his crash at the 2017 Dutch GP, the Italian missed out at this venue last year, but Baldassarri has recorded two top ten finishes on a Moto2™ machine at the Sachsenring and is another rider who has a Championship challenge on the radar.

With fifth in the Championship Joan Mir (EG 0,0 Marc VDS) and sixth overall Xavi Vierge (Dynavolt Intact GP) always in the mix, Round 9 of the season should throw up another unpredictable weekend of Moto2™ action. Which way will the title pendulum swing this time out?