A ninth consecutive win at the Sachsenring for the Championship leader, but it was by no means an easy one Tags MotoGP, 2018, PRAMAC MOTORRAD GRAND PRIX DEUTSCHLAND, RAC, Marc Marquez, Repsol Honda Team Marc Marquez […]

A ninth consecutive win at the Sachsenring for the Championship leader, but it was by no means an easy one

Marc Marquez (Repsol Honda Team) stood on the top step of the podium again at the Pramac Motorrad Grand Prix Deutschland, but it wasn’t a straight forward victory for the Championship leader.

“Today was an incredible victory,” explained Marquez. “You can say ‘oh another victory at Sachsenring’ but it’s not another victory; every year I have more pressure, every year it’s more difficult – especially this year, we had the whole weekend in dry conditions, everybody can prepare for race so well. It was very, very tough. If you look at the lap times, the first 20 laps we were just there in the same tenth. So, it was crucial to be on the same line every lap and we did a really good job.”

In a race where tyre choice was a major talking point, the number 93 opted for the soft rear compound, incredibly making it last the full 30 laps without a serious drop in performance. “During the race, I tried to manage the tyres, this was the first priority,” said the Spaniard.

“I started and was able to push but I said ‘okay, be calm’. I caught Lorenzo and overtook him, I opened a small gap but then I saw Valentino was coming very, very fast. So, then when he was just 0.8, 0.7, 0.6, I said ‘okay, now it’s time to push’ and then, with 4 laps to go, I gave everything. I used the tire and it was my fastest lap of the race and I opened a good gap.”

The reigning World Champion now moves 46 points clear of his closest rival in the Championship standings – the number 46 of Valentino Rossi (Movistar Yamaha MotoGP) – after his fifth victory of the season. But he is wary of the two Yamahas getting quicker and wants to rectify the two non-scores he’s already had this season. 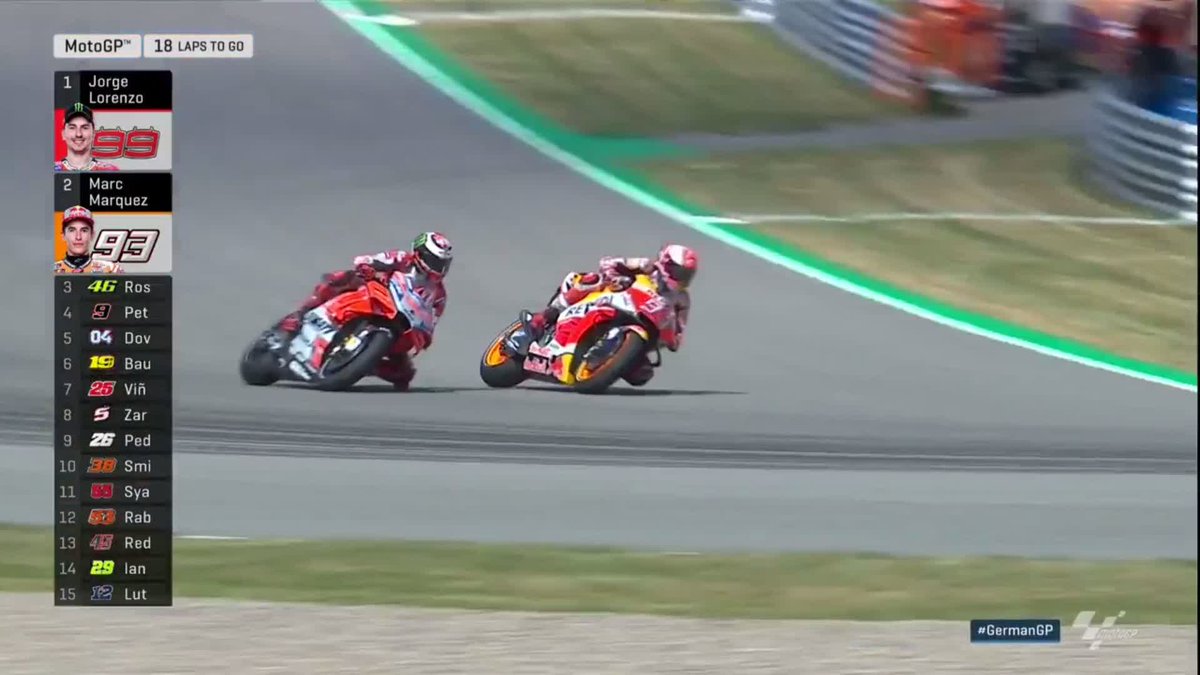 “It was important to take this victory before the summer break because we were working very hard this first part of the season,” commented the six-time World Champion. “We’ve won many races, but we made two mistakes, two zeroes and we cannot accept this. We need to keep improving because Yamaha riders are very fast. Every time, faster and faster. We’ll see what happens in the second half of the season but, at the moment, time to take a rest and time to prepare the next 10 races.”

Next up for Marquez is a trip to the Czech Republic and the Brno circuit, a track he took victory at last season despite the Hondas struggling there every year. “I’m only thinking about the party tonight! Brno will be hard. It’s a racetrack where we struggle every year. For this reason, we did a test before this race to try to be ready for that race weekend. We will see but it looks like Yamaha and Ducati are getting stronger and stronger. With Honda we need to do another step because they are very fast.”